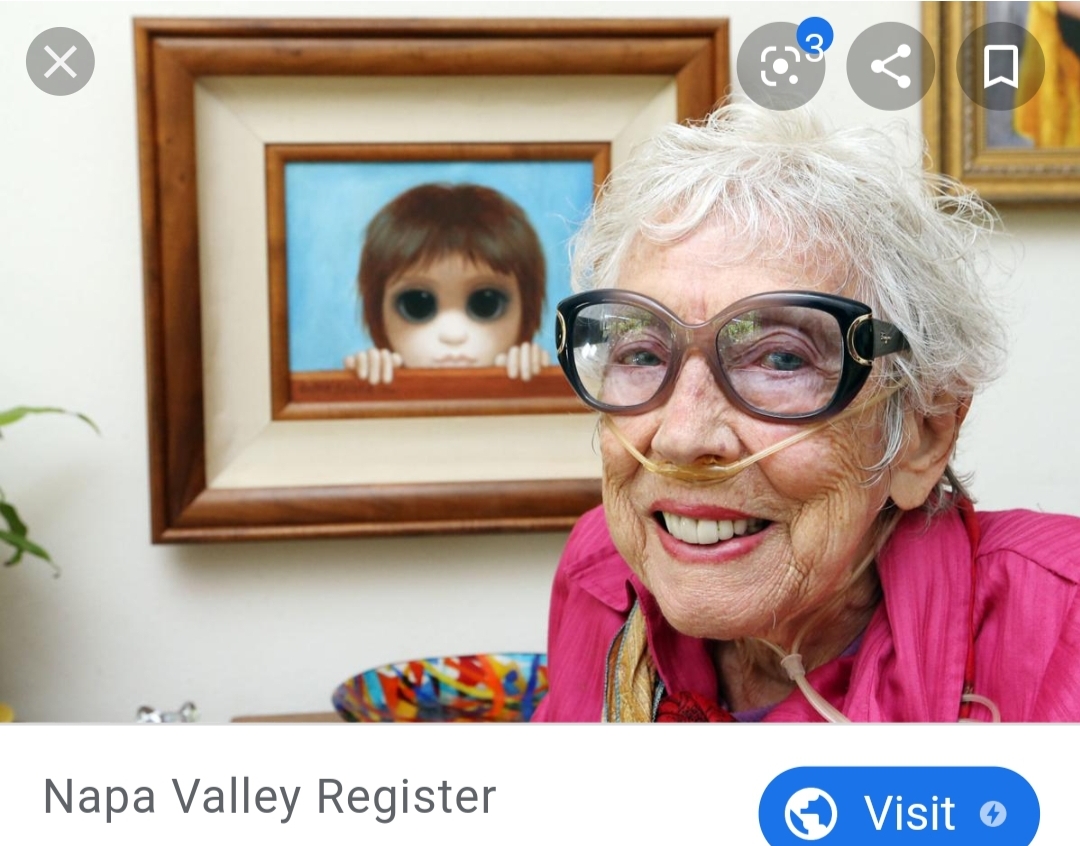 Artist Known For Her Paintings Whose Subjects Have Big Eyes

Her paintings first gained attention in the 1950’s when Margaret was working in San Francisco.

Up until 1970, Margaret’s former husband Walter took credit for her work. It wasn’t until Margaret took him to court that she was able to prove she was the real artist behind the iconic canvases; after over a decade of slaving away for him. The courts also awarded Margaret four million dollars, of which she never saw a penny seeing as her ex had drunk away all the money.

Even though she is now over ninety years old, she continues to paint almost every day. She converted to being a Jehovah's Witness after she and her husband separated.

Among the famous people she’s been commissioned to paint are: Adlai Stevenson, Liberace, John Jr and Carolyn Kennedy, and various other sports stars.

A Hollywood movie was created about her story starring Amy Adams and had that same name Big Eyes. I’ve linked the trailer in this article. According to The Guardian (article linked below) Margaret says the movie is very accurate to what really happened.