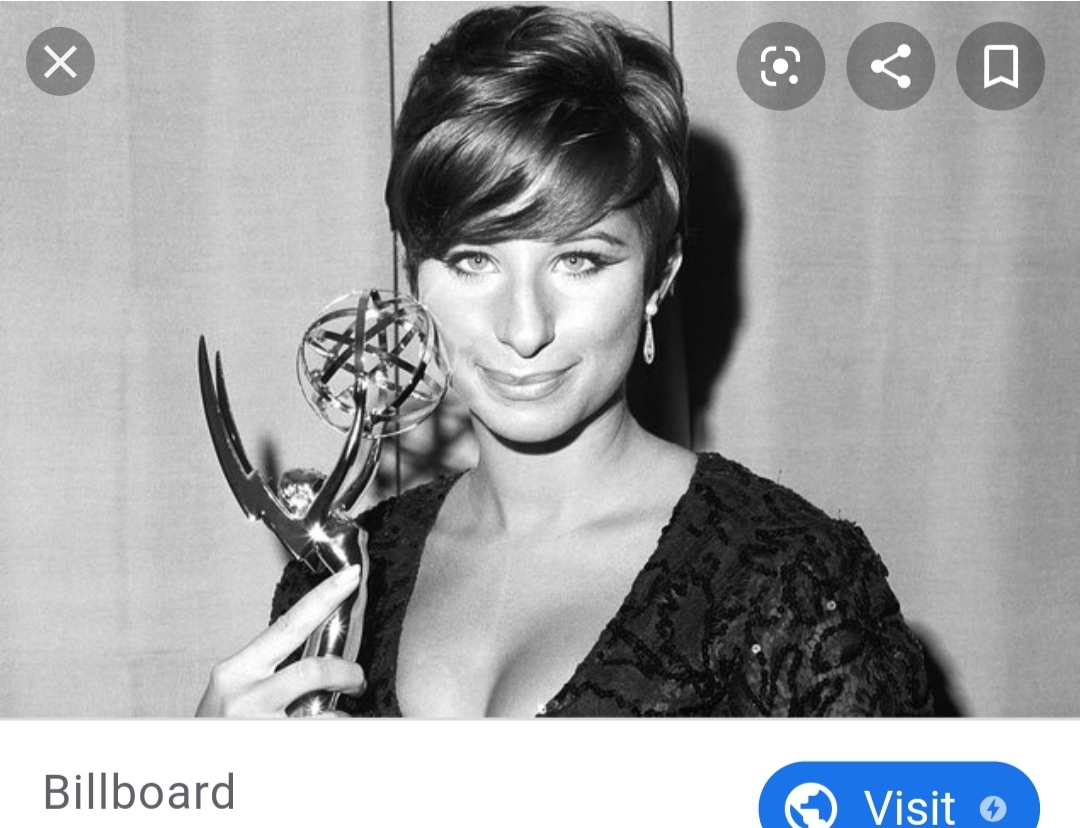 Her career has spanned six decades.

According to her website’s biography, Barbra is the only artist ever to receive an Oscar, Tony, Emmy, Grammy, Directors Guild of America Award, Golden Globe, National Medal of Arts Award, Peabody Awards and France’s Légion d’Honneur as well as the American Film Institute’s Lifetime Achievement Award.

She is also the first female film director to win the Kennedy Center Honors.

Barbra was even awarded the Presidential Medal of Freedom in 2015.

If that all isn’t impressive enough, Barbra is also the only artist to ever achieve a number one album on the Billboard Charts for six consecutive decades. She even holds the record for the longest span of number one albums in history at over fifty-two years.

And in 1983, Barbra became the first woman to direct, star in, write, and produce a major motion picture: Yentl.

Point is, you should know who she is, and she’s done many many many firsts in her career.

Oh, and she clones her dogs, because you know, rich people do stuff like that.

Her personal life hasn’t all been sunshine and roses. When Barbra was fifteen months old, her father died from complications of an epileptic seizure. Her mother took Barbra and her brother to live with her parents, and made ends meet, barely, by working as a secretary in the New York Public School system. Her mother remarried in 1949, and Barbra’s half-sister was born in 1951.

Barbra has described her childhood as painful. She found no help from her mother, who thought her too unattractive to work in show business. Barbra also described her stepfather as verbally abusive.

However, she didn’t let those hardships stop her, and after graduating high school at the age of sixteen, Barbra jumped into show business, she’s never looked back.

One of my favorite roles Barbra has ever appeared in was that of Rozalin Focker, the sassy sex therapist, in Meet the Fockers, but she has also appeared in the aforementioned Yentl as well as one of the many versions of A Star Is Born.

I've linked the trailer to Meet the Fockers in this article. You can rent the movie on YouTube.