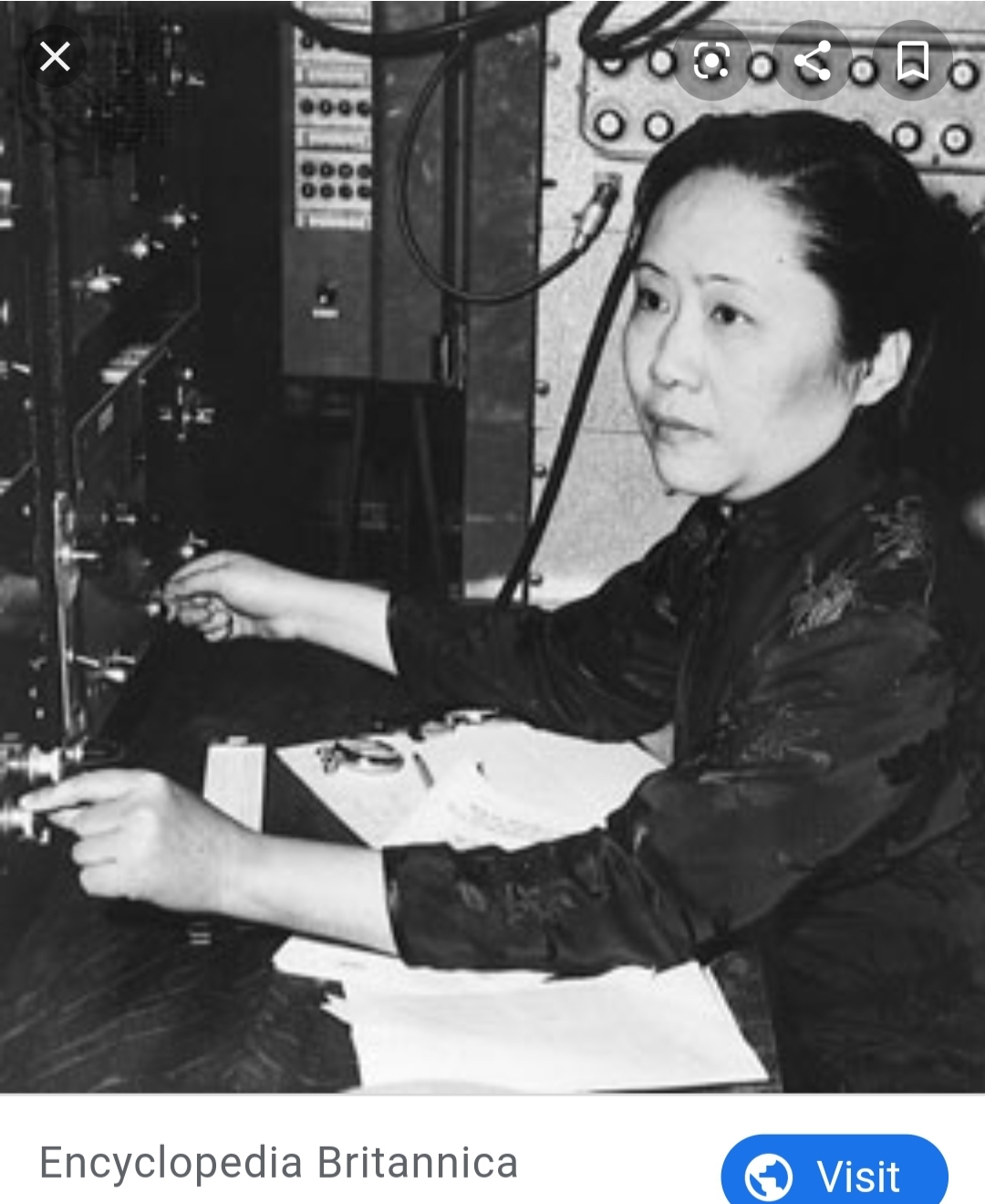 Wu was lucky; growing up in a small village outside Shanghai, her father educated her despite it being outside the cultural norm. Once she received a basic education from her father, she went on to study physics at the university in Shanghai. After graduation, and with the financial help of one of her uncles, she arrived in San Francisco in 1936. She graduated from the University of California, Berkeley, in 1940 with her PhD.

However, she was unable to gain a research position at a university, and became a physics instructor instead, working at both Princeton and Smith College. It was during this time she joined the Manhattan Project. After the war, she was able to secure a position at Columbia and began investigating beta decay. She went on to pursue other projects, including helping research identical nuclear particles and their reactions to outside forces. Her work helped prove that of other scientists who would go on to win the Nobel Prize in 1957, but Wu’s work was not acknowledged.

Wu was the first woman to be elected President of the American Physical Society.

She was awarded numerous other prizes and awards throughout her life, including being the first woman to earn an honorary doctorate from Princeton.