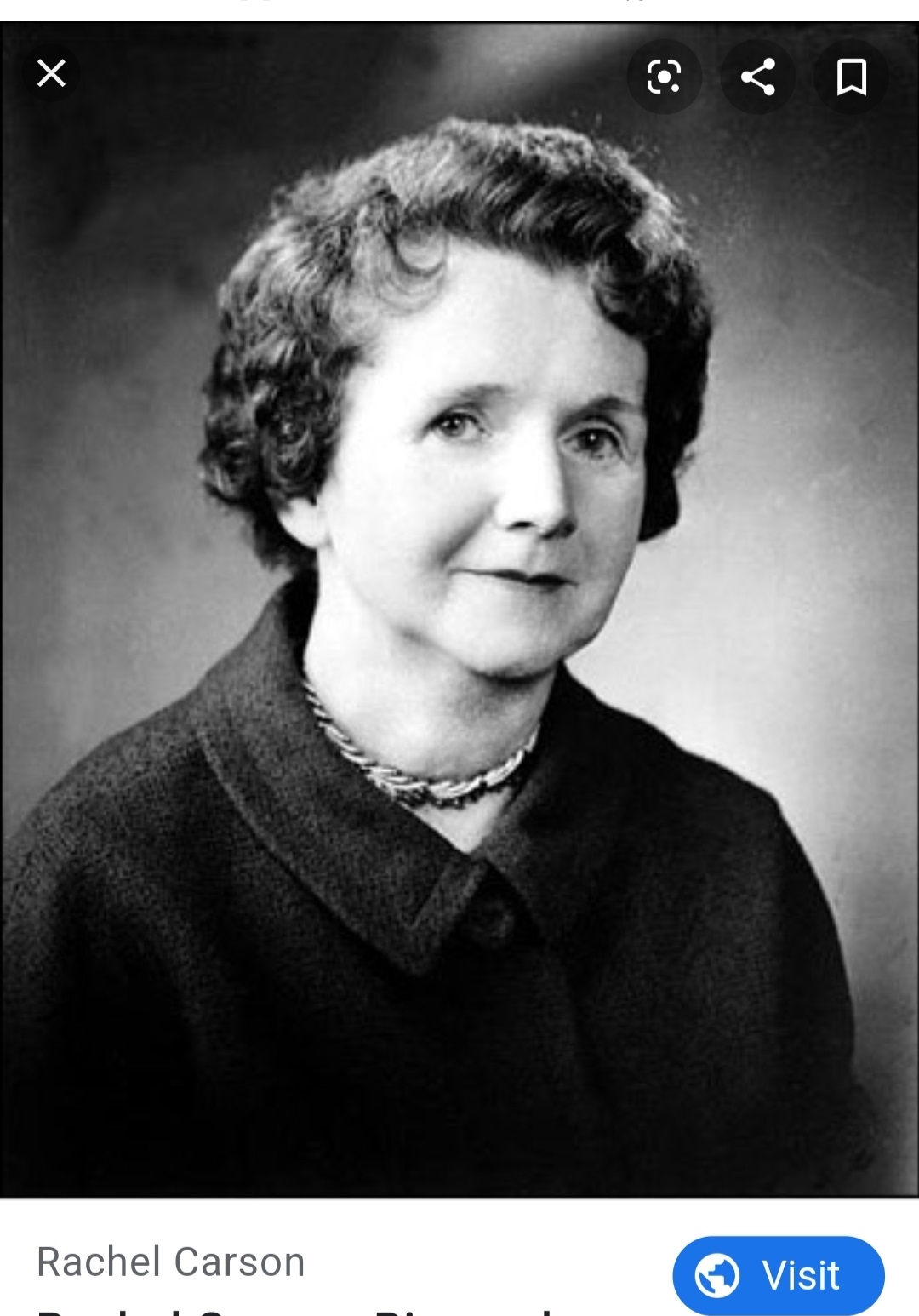 Rachel’s book Silent Spring launched the movement to eliminate harmful pesticides (like DDT) from being used through crop dusting and other widespread uses.

Her work would eventually lead to the creation of the Environmental Protection Agency (EPA) in the United States.

By the age of ten, Rachel was already a published author for children’s magazines.

She managed to get her master’s degree in Zoology from Johns Hopkins University but had to drop out of college before pursuing a doctorate because of financial and family reasons. Rachel helped her ailing mother for a time, and then became a surrogate mother to her nieces after her sister’s death. A few years later, she would also adopt a son.

In 1936, she became the second woman hired by the United States Bureau of Fisheries. Originally hired to write articles for different nature subjects, she would eventually rise to the position of Editor-in-Chief of all publications for the US Fish and Wildlife Service.

She was suffering from Breast Cancer at the time of Silent Spring’s publication and had to hide that fact for fear people would think she was biased in her research. She was attacked from chemical corporations as well as members of Congress, even when she testified before them on the dangerous harm pesticides were doing not just to plants and animals, but humans as well.

In 1980, she was posthumously awarded the Presidential Medal of Freedom.

Time Magazine's 100 Women of the Year (Rachel appears in the 1963 article, "Rachel Carson”)