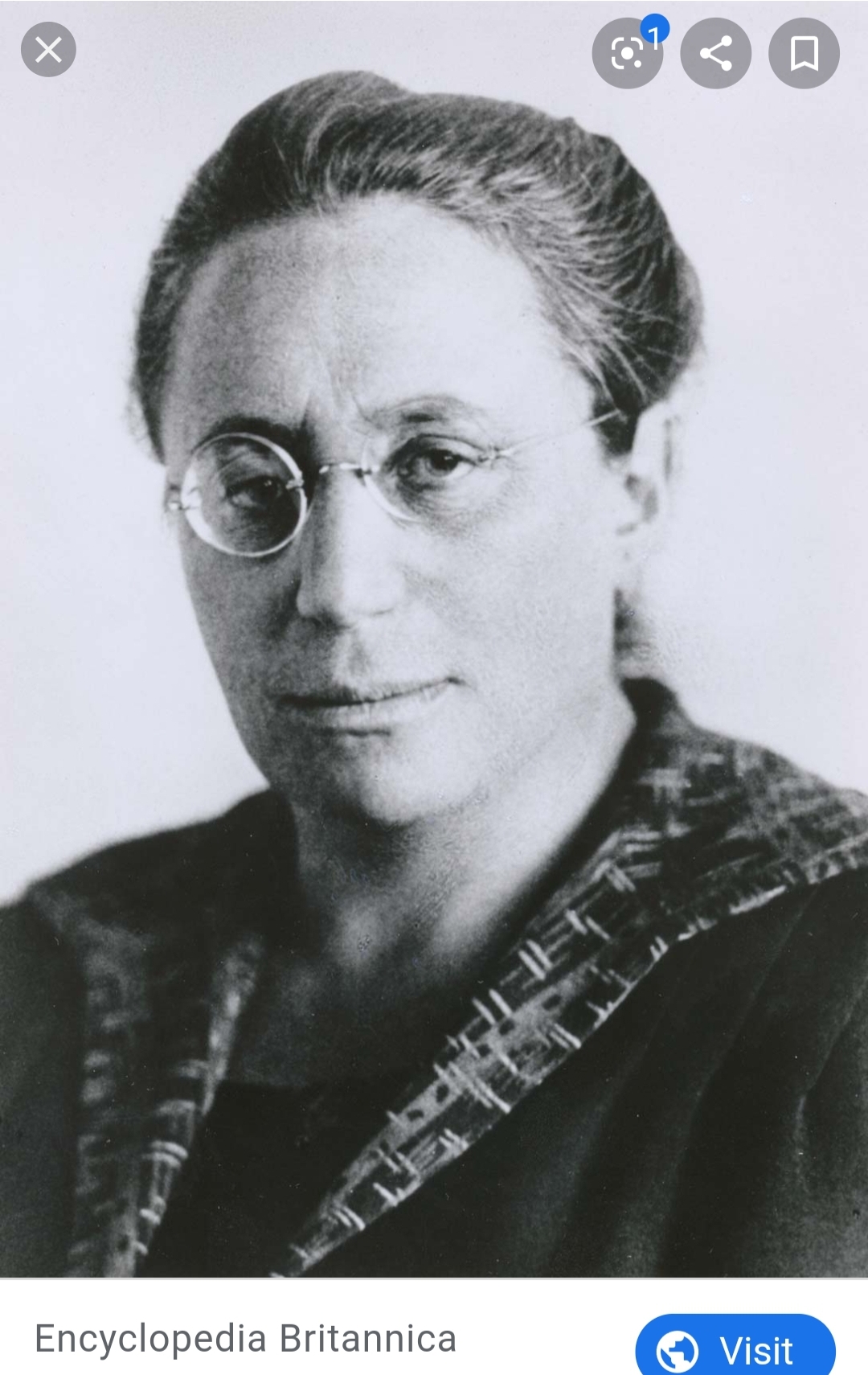 When Emmy decided she wanted to study math she wasn’t actually allowed to take the classes at university—at the time women were only allowed to audit the classes so she earned no credit for what she learned.

Luckily by 1907 that had changed, and Emmy was able to receive a full PhD in mathematics.

Emmy continued on at the college working without pay on her own research ambitions. Emmy was able to do this thanks to her mother's vast fortune. One of the jobs Emmy had at this time was as a substitute teacher for her father, also a math professor.

Emmy published over forty papers during her career, each one cementing her place in the history of algebra more and more.

She worked across Germany and Europe for years allowing her fame and ability to grow. In 1915, Emmy was even called in to look at Albert Einstein's new groundbreaking work. After about fifteen minutes of looking over the theory, Emmy solved the issue the other scientists had been puzzling. Emmy's work at the time, considered "Noether's Theorem" (which is extremely confusing to non-mathematicians), states that a symmetry of time won't have any effect on the ball's trajectory...and that's about as far as I got into understanding her work, but it was insanely groundbreaking. Her work paved the way for the discovery of things like the Higgs Boson in 2012. When Einstein learned of Emmy's work, he called her a genius. And that was only her first piece of earth shattering work. She had several others throughout her career as well.

Unfortunately the...shall we say, dicks in charge of the university where Emmy worked refused to grant her the job of a regularly working professor...for years. She was unpaid and underappreciated, but Emmy never stopped working. Eventually, she was finally granted a true teaching position at her university in Germany.

By 1933 however, Emmy and other Jewish professors were fired when the Nazis rose to power. Emmy was denied a pension and was informed she would never be able to teach in Germany again. She claimed to be okay with this though, stating she'd never been given the opportunity to earn a pension anyway and that she had a small inheritance to get her through.

Emmy continued to privately teach that summer, including teaching the "brown shirts", Nazi students who were eager to learn algebra. However, by the end of summer, Emmy knew she needed to leave Germany. She set her sights on England, wanting to teach at Oxford, but her hopes were dashed.

Emmy came to the United States as a visiting professor; working at the all-girls Bryn Mawr college in Pennsylvania. She escaped the worst of the Nazi pogroms and violence, but did not escape with her life.

By 1935, Emmy was working as a visiting professor at several universities on the East Coast. She was free to teach as she pleased, and didn't have to hide her Jewish heritage. She returned to Germany in the beginning of that year to visit family, before returning to the United States.

Emmy died suddenly from a postoperative infection obtained after having an operation to remove an ovarian cyst. During the surgery, doctors discovered multiple tumors throughout her abdomen, but instead of having months to set her affairs in order, she died only four days after her surgery, the doctors unable to save her life.