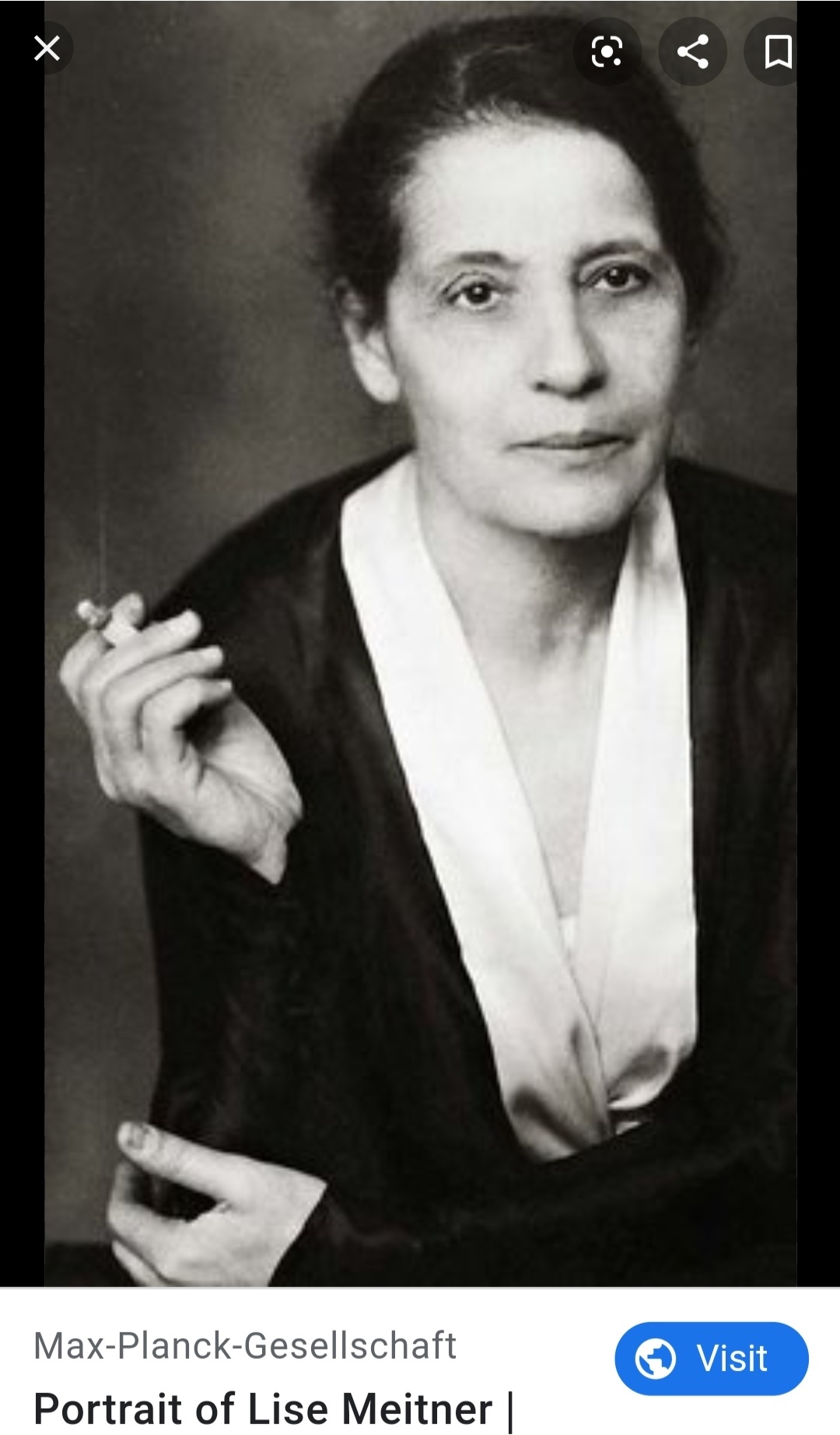 “I will have nothing to do with that bomb!”

-Lise's Response to The Manhattan Project

Physicist Who Worked With Radioactivity and Nuclear Physics

Lise earned her doctorate in physics in 1906.

She co-discovered the element protactinium in 1918.

In 1923, Lise discovered a radiation-less transition that would later become known as the Auger Effect after it was rediscovered by a man named Auger two years later.

After fleeing German occupied Austria in 1938 (due to her being born Jewish, though she was by then a practicing Protestant) she co-discovered nuclear fission—the scientific principle which would lead Einstein to write President Franklin D Roosevelt warning of atomic power.

In 1944, Lise’s co-discoverer was awarded the Nobel Prize in Chemistry for their work but she was ignored.

In 1992, the heaviest known element in the universe—element 109—was named Meitnerium in her honor.