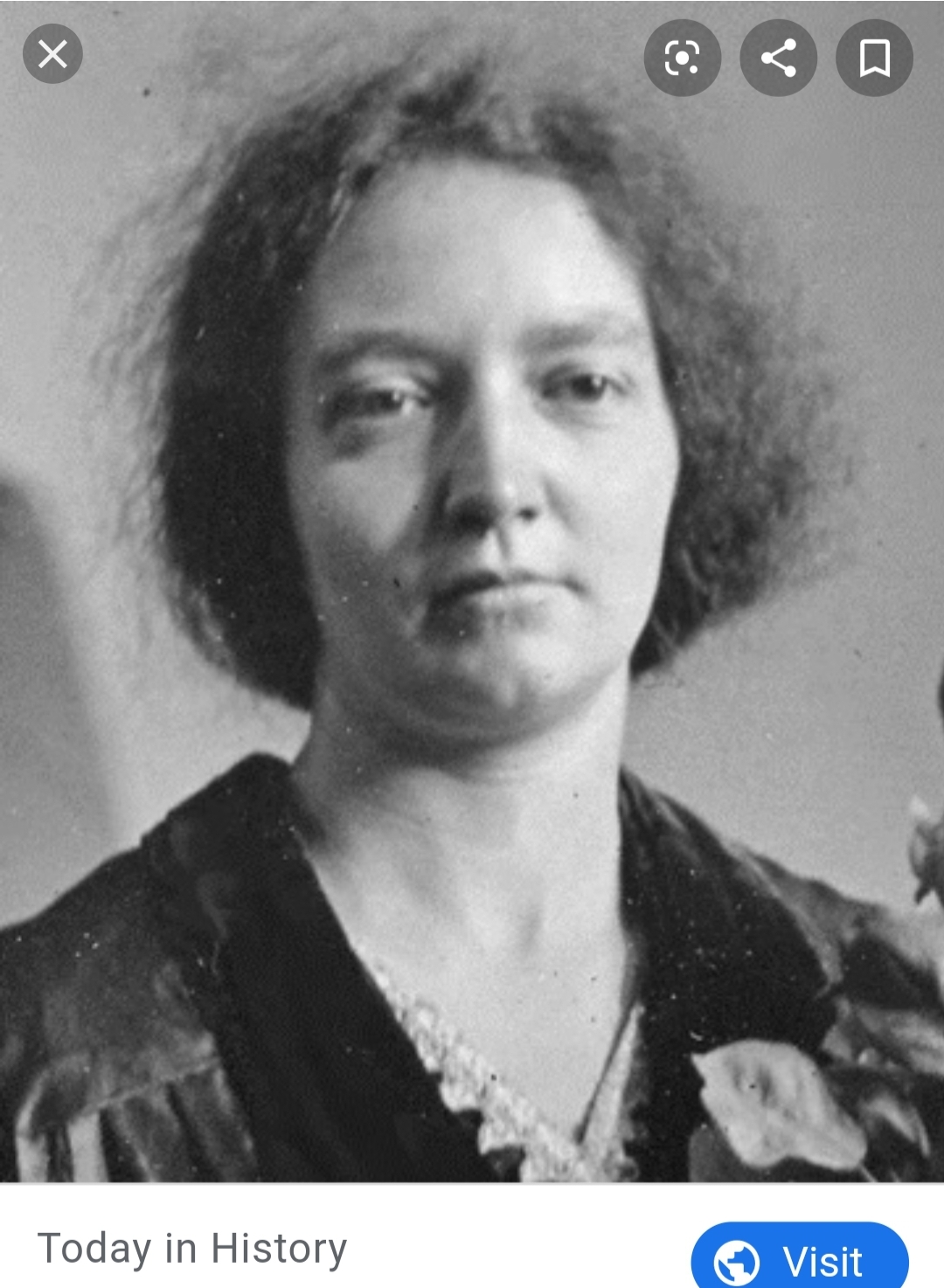 Chemist and Daughter of Marie Curie

She worked as a nurse radiographer alongside her mother during the First World War.

Irène was awarded the Nobel Prize in Chemistry in 1935 for her work in discovering artificial radioactivity (shared with her husband). While not directly involved with the Manhattan Project, Irène’s work was essential in the creation of the Atomic bomb.

During World War II, Irène bounced back and forth between Switzerland and occupied France, trying to recover from tuberculosis. She passed away from leukemia caused by years of radium exposure.

When not pursuing scientific endeavors, Irène was also a Women’s Rights Advocate.

She had two children with her husband.