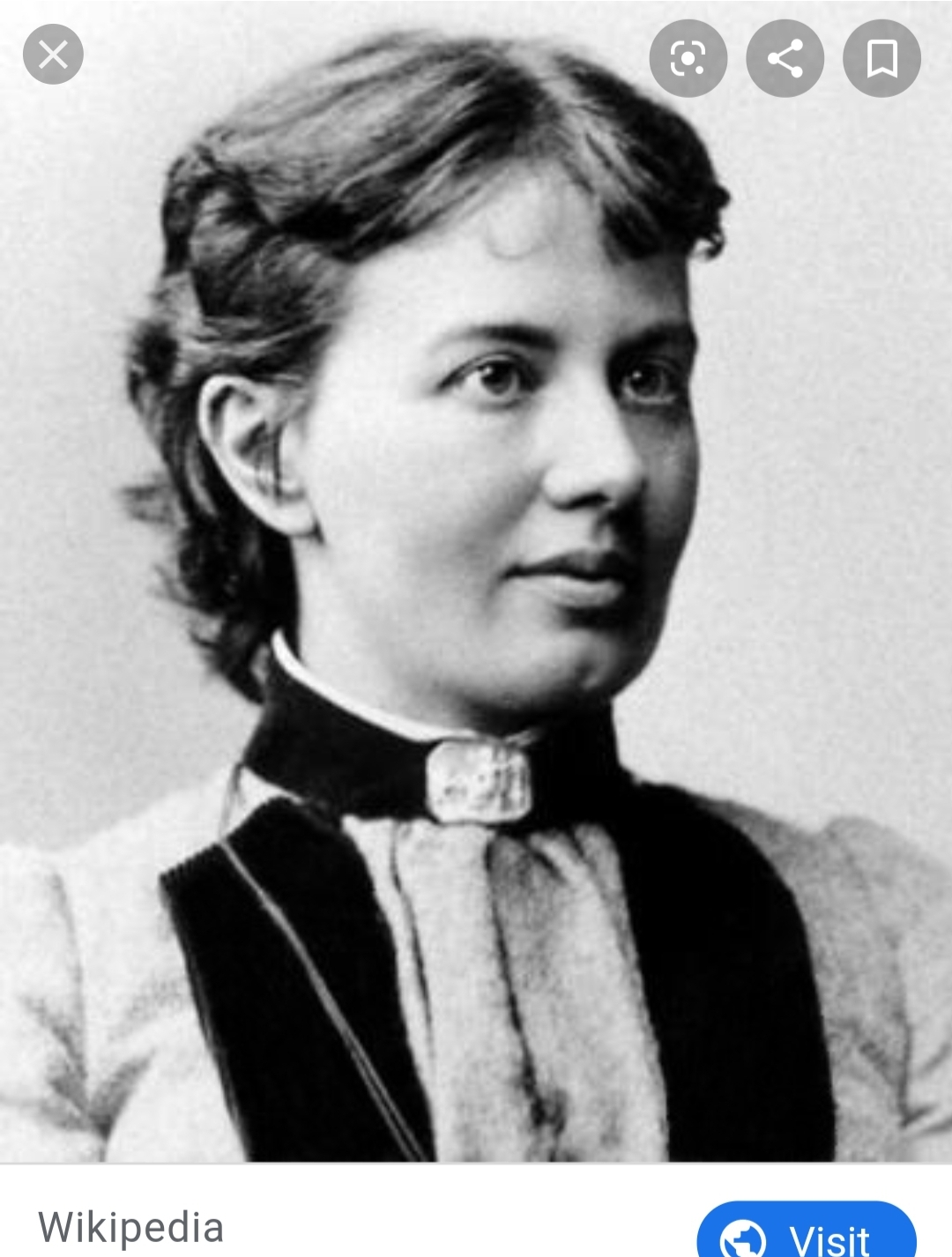 Sofia stated her exposure to math began at a young age when her room was repapered with her father’s old calculus notes rather than wallpaper (this despite the fact her family was minor Russian nobility and she was raised in otherwise posh surroundings for the time).

She taught herself trigonometry at the age of fourteen in order to understand a chapter in a textbook she was reading.

Sofia ended up marrying a man purely to gain the ability to travel so she could attend university (women were not allowed to travel on their own at the time). However, upon arriving in Switzerland, with her new husband in tow, she learned the university still would not admit her. Luckily, a math professor soon realized her genius and privately tutored her for four years.

She earned her PhD in 1874, the first European woman to hold a Doctorate in Mathematics, but was still unable to find employment, so she and her husband moved back to Russia. Soon after, her father died, and Sofia and her husband actually fell in love, and they had a daughter together.

During this time, Sofia stepped away from math, and turned to literacy instead; writing fiction, scientific articles for local newspapers, and theatre reviews.

In 1880, Sofia returned to math. Still unable to find a job, she moved to Berlin to try and find a job under her old tutor. While there, Sofia learned of her husband’s suicide, and was devastated. He took his life after all of his business ventures failed. The grief drove Sofia even deeper into her work.

The following years showed improvement for Sofia’s career prospects, and she was soon a professor with tenure, and the co-author of a play.

Her early death has been attributed to pneumonia and depression. After her husband’s death, Sofia also lost her beloved sister Anya, and endured a rocky on-again-off-again relationship with another scientist. During her short life, she managed to publish ten scientific papers, many of which were the basis for later major discoveries in their respective fields.

Today, she is remembered as the first Russian woman to become a world-renowned mathematician. Her husband whom she loved so much despite marrying in the first place for non-romantic reasons, was a famous paleontologist in his own right who worked with Charles Darwin, Vladimir Kovalevsky.