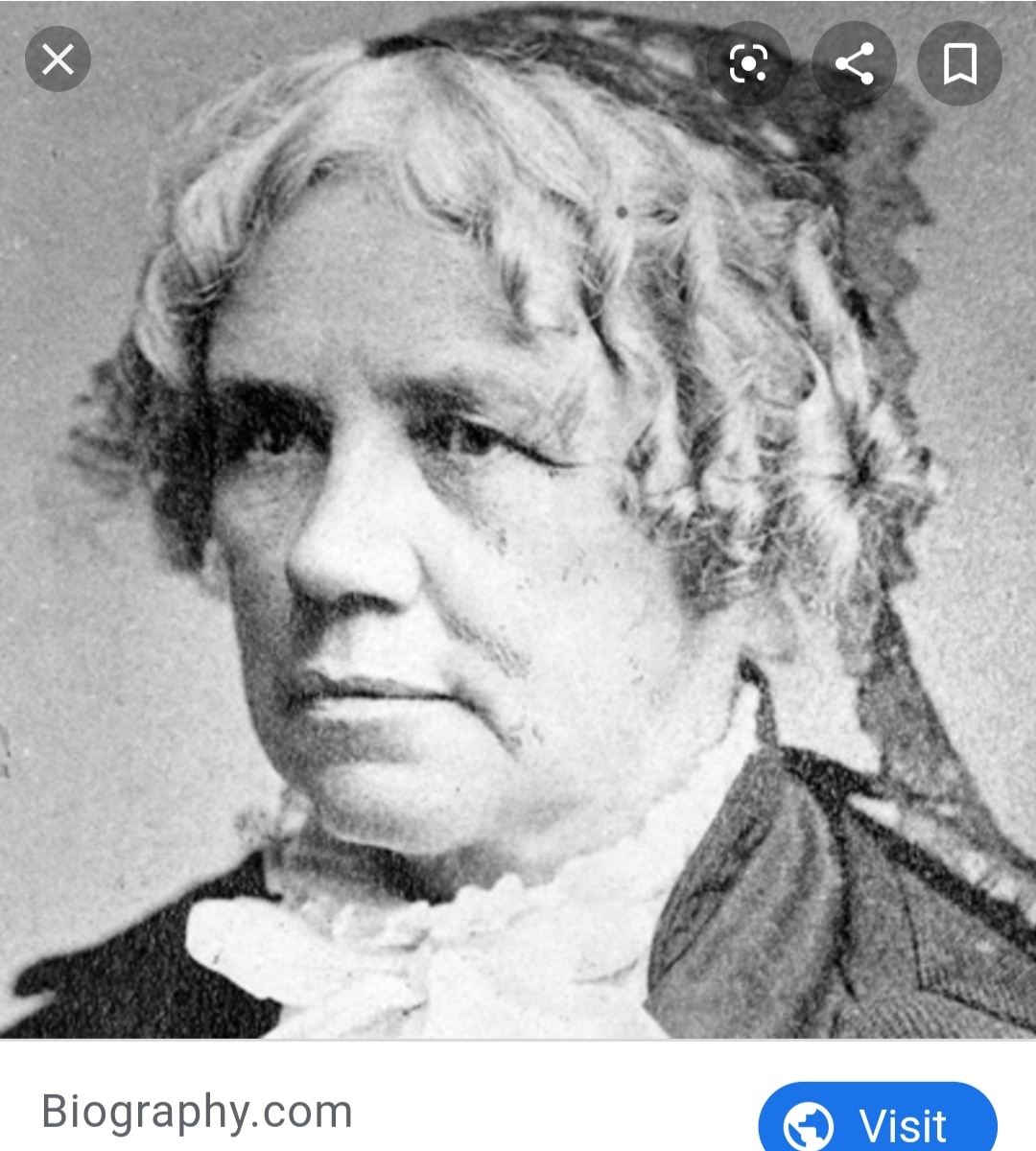 Maria was also the first American scientist to discover a comet, the first woman elected to the American Academy and Arts and Sciences (in 1848), the first female astronomy professor (she worked for Vassar College), the first librarian of the Nantucket Antheneum, and one of the first professional women hired by the United States Government.

Maria discovered the comet (later to be known as Miss Mitchell’s Comet) through a simple two-inch telescope and was awarded a gold medal from the King of Denmark for her efforts.

She was educated as a child, thanks to her Quaker background, and by age twelve Maria was helping her father calculate the position of their home through observing a solar eclipse. Normal twelve-year-old stuff. It really is no surprise she went on to become the first to do so many things.

She never married or had children. Today, Maria is remembered with a crater on the moon named in her honor.