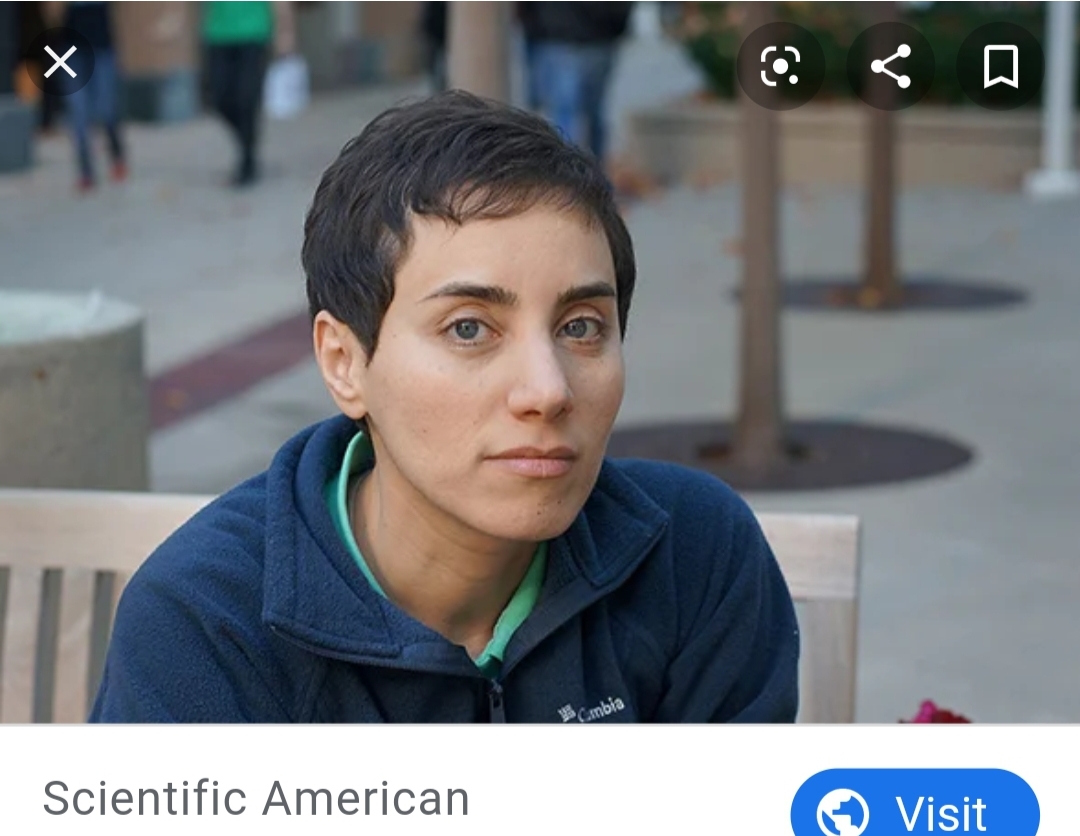 Mathematician and Professor at Stanford University

Maryam was the first woman and the first Iranian to be awarded the Fields Medal. The award, which was first presented in 1936, is known as the Nobel of Mathematics.

She made multiple contributions to the fields of geometry and dynamical systems, and Maryam was especially interested in “describing the geometric and dynamic complexities of curved surfaces…in as great a detail as possible,” (Courtesy of Stanford, linked below).

Maryam was one of the first girls to ever compete on Iran’s International Mathematical Olympiad Team, competing in 1994 and 1995 and winning a gold medal both years. She earned her doctorate from Harvard and worked at Princeton before moving to Stanford in 2009, where she would remain a professor until her death.

She had been battling breast cancer since 2013 and in 2016 it spread to her bones and liver, leading to her eventual early at the age of forty. Maryam was survived by her parents, husband, young daughter, and other family members.