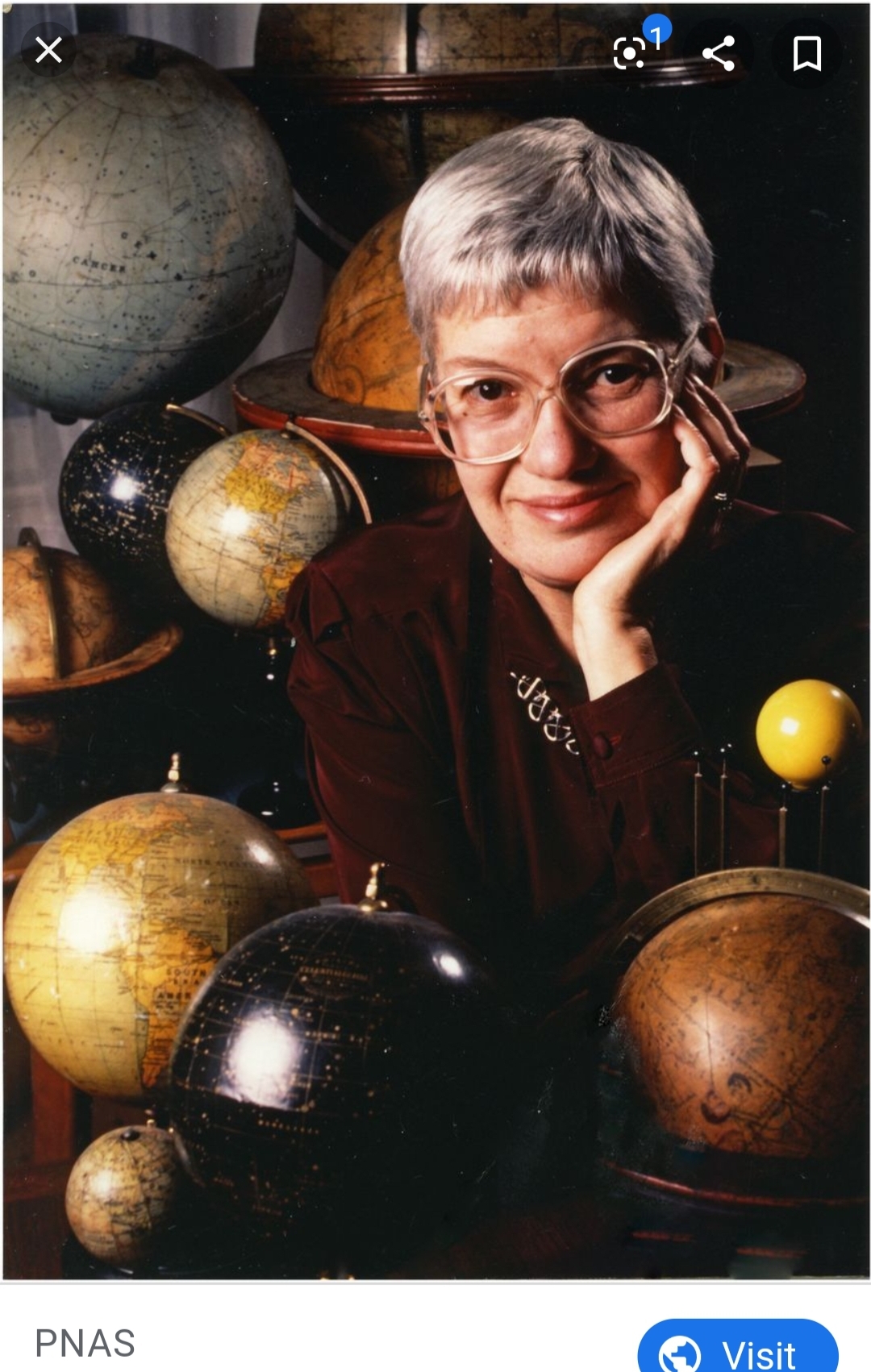 Vera “uncovered the discrepancy between the predicted angular motion of galaxies and the observed motion” (Wikipedia). Today, she is most remembered as being the astronomer who proved galaxies are made of mostly dark matter.

She was the only female astronomy major to graduate in her class from Vassar College in 1948—and Vassar was an all-female school!

Vera was rejected from multiple graduate schools including Princeton who told her they did not accept women into their astronomy program (that policy was not changed until 1975).

She would earn her PhD in astronomy from Georgetown University in 1954. Vera completed her degrees by taking night classes, raising her children during the day. Her husband would drive her to class and then wait in the car while she studied.

Vera became the first woman allowed to observe the stars at the famous Palomar Observatory. In a scene reminiscent of the film Hidden Figures, Vera noted the only bathroom was labeled for men, so she created a paper cutout of a person in a skirt and pasted it over the stick figure man.

Each of her four children went on to earn doctoral degrees in different scientific fields.

She is forever memorialized through the Vera Rubin Ridge in Mars’s Gale Crater and Asteroid 5726 Rubin.