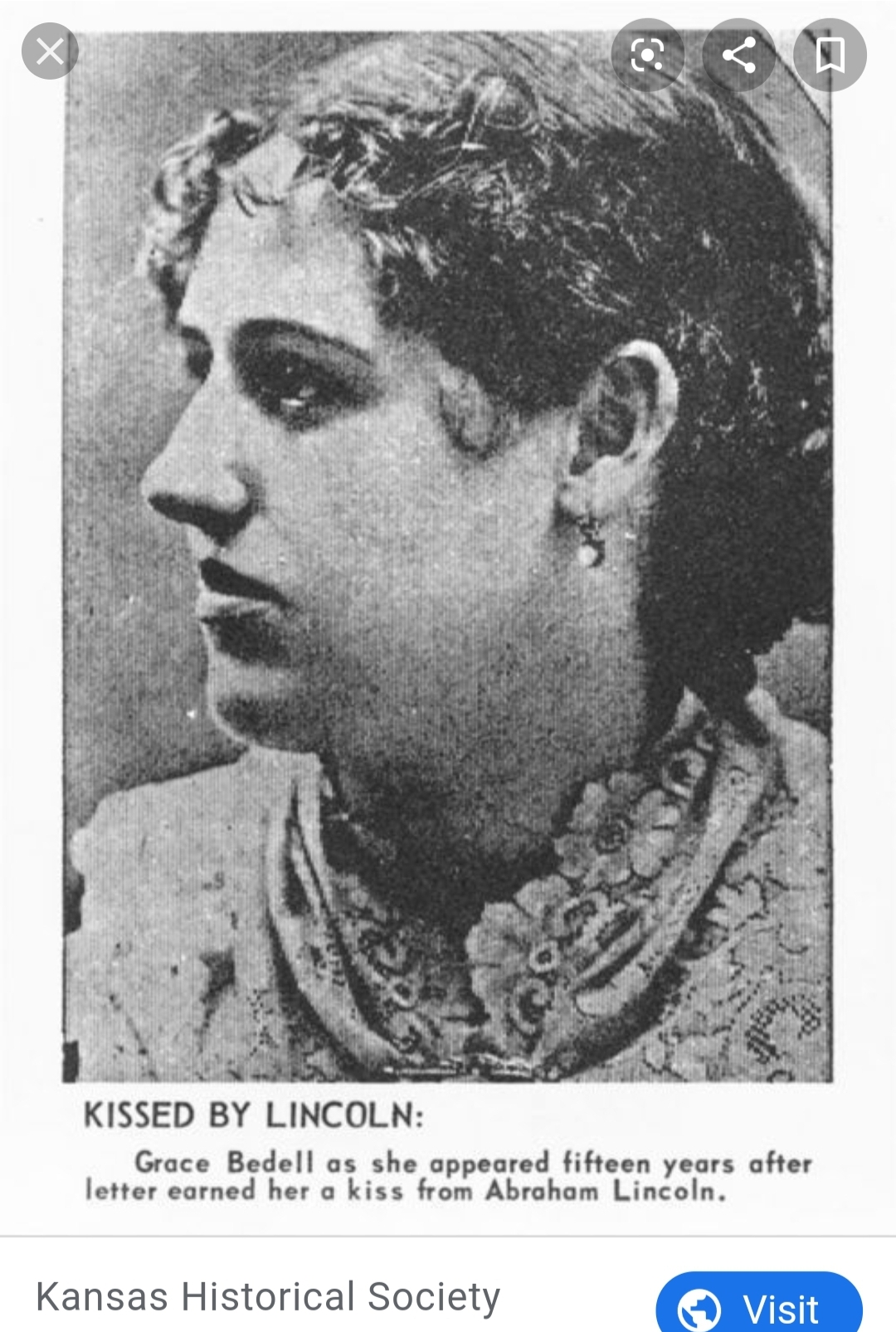 Wrote President Lincoln as a Child in a Now Famous Letter

In it, Grace told him to grow whiskers because his face was so thin. In her letter, Grace said she would urge all her brothers to vote for him if he did so.

While the letter is adorable (she was eleven when she wrote it) Lincoln had already started to grow his beard by the time he received the letter (according to some sources, others say that when he wrote her back he made no promises but started to grow it a month later).

While on his way to be inaugurated in DC after the election, President Lincoln’s train stopped in her hometown and he was able to meet Grace.

She later married and had a son, dying two days prior to her eighty-sixth birthday.

A monument to her now stands in Delphos, Kansas, and another in Westfield, New York depicts her and Lincoln both.