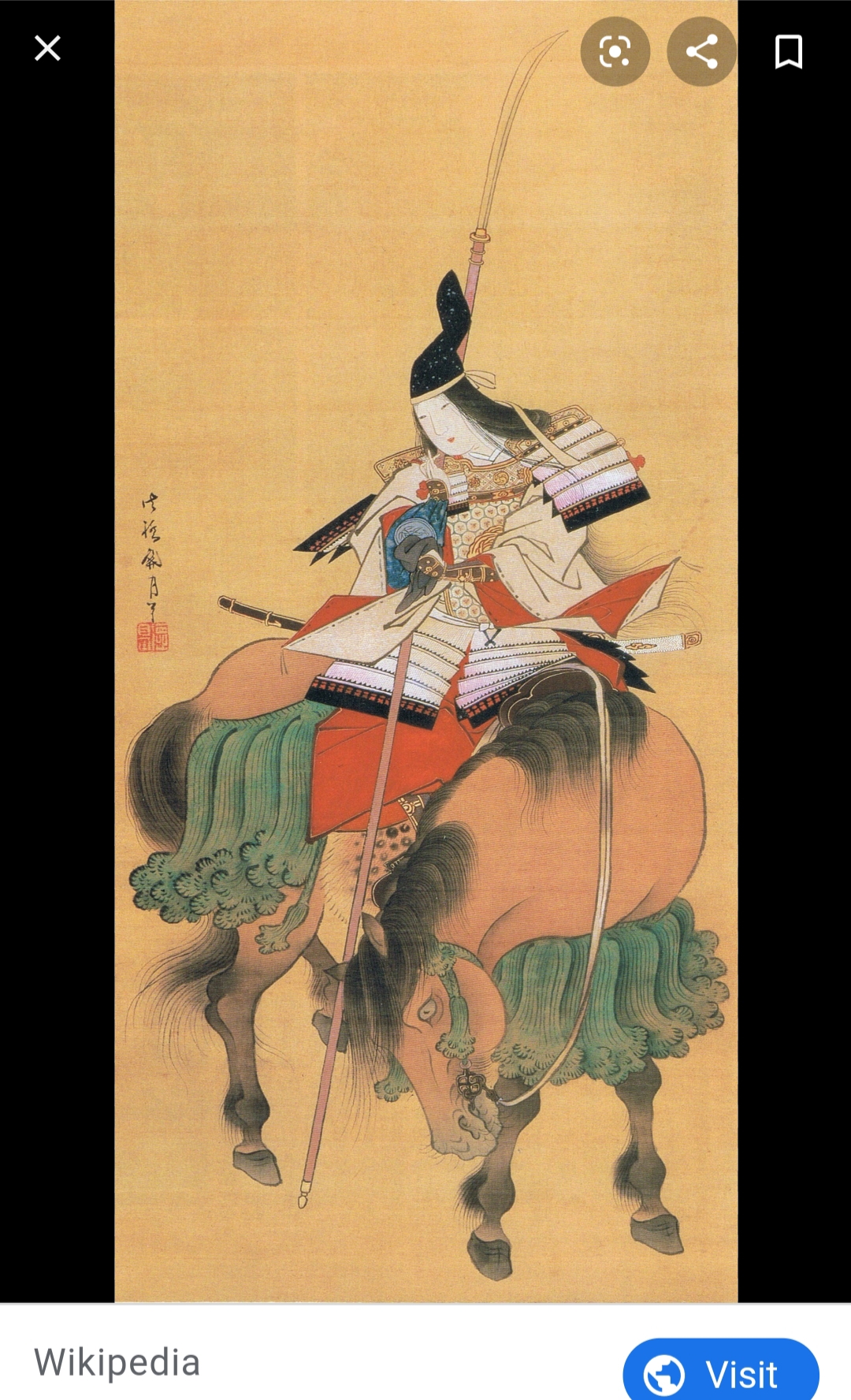 Samurai Warrior and Leader in the Genpei War

The Genpei War would eventually led to the first Shogunate in Japan; a Civil War responsible for ending Japan’s illustrious Heian Period.

After the man who has been considered everything from Tomoe’s master to her husband or perhaps boyfriend (the details are really obscure) ordered her to leave the battlefield after their defeat her fate is unknown.

The four prevailing stories say she was A) forced into becoming the victor’s concubine; B) she became a nun, C) she took her possibly-husband’s severed head and walked into the ocean with it, committing suicide and preventing their enemies from defiling him, or D) she killed herself by committing seppuku, the ancient practice of disemboweling oneself.

If she lived to the reported year of 1247, she long outlived the war, which lasted from 1181 to 1185, however again, the true details of Tomoe’s life story are obscure at best.

Tomoe is one of the few female Japanese warriors to fight offensively instead of just defensive—meaning she fought in onna musha and not onna bugeisha, which are different forms of feminine Japanese fighting styles. Her weapons of choice were the long sword and bow and arrow. She is also unique in that she is the only female samurai warrior to appear in the ancient Samurai warrior tales, including the Heike Monogatari (which does not mention her again after she flees the battlefield on her master’s orders) and the Genpei Seisuki, which says she attempted to leave the battlefield but was attacked and taken as another man’s concubine (as mentioned above). If the Genpei story is to be believed, Tomoe had a son with her captor, who was later killed in another conflict. After that she became a nun and died at the age of ninety-one.