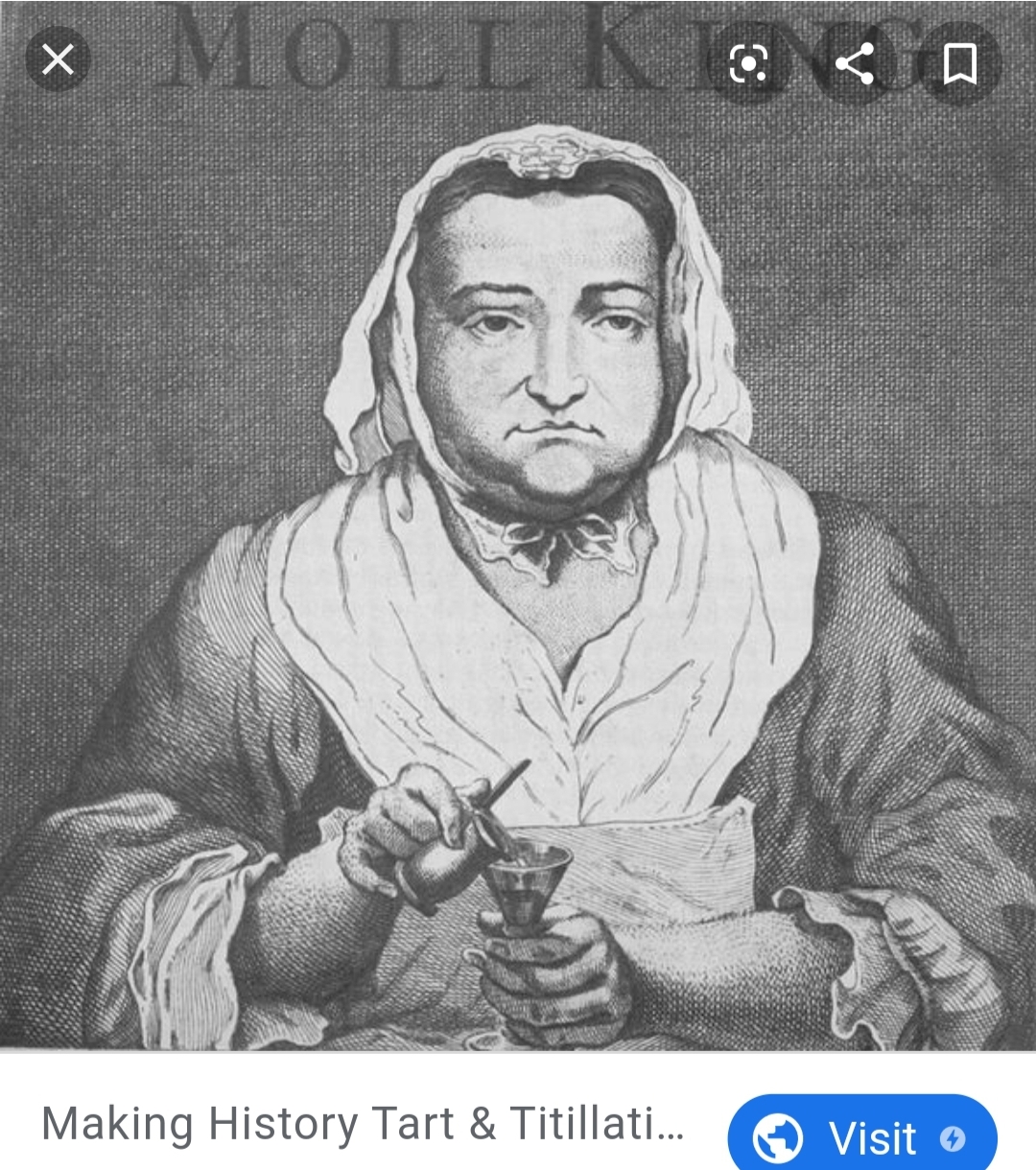 The Owner of King’s Coffeehouse

Moll was (purportedly) a pickpocket, sex worker, and notorious member of London’s underworld.

She is the inspiration for Daniel Defoe’s character and novel Moll Flanders.

Moll was repeatedly charged with Keeping a Disorderly House for her business after her husband’s death; the grief of which had caused her to begin drinking excessively.

After her second husband’s death (they’d been married four months) she was accused and found guilty of beating someone up and was sent to prison until she paid the fine (which she stubbornly refused to pay until she finally got the amount reduced to less than half of what she originally owed).

Moll left her estate to her only son but dictated if he died then her money should go to caring for poor children, so obviously she wasn’t a complete deviant.