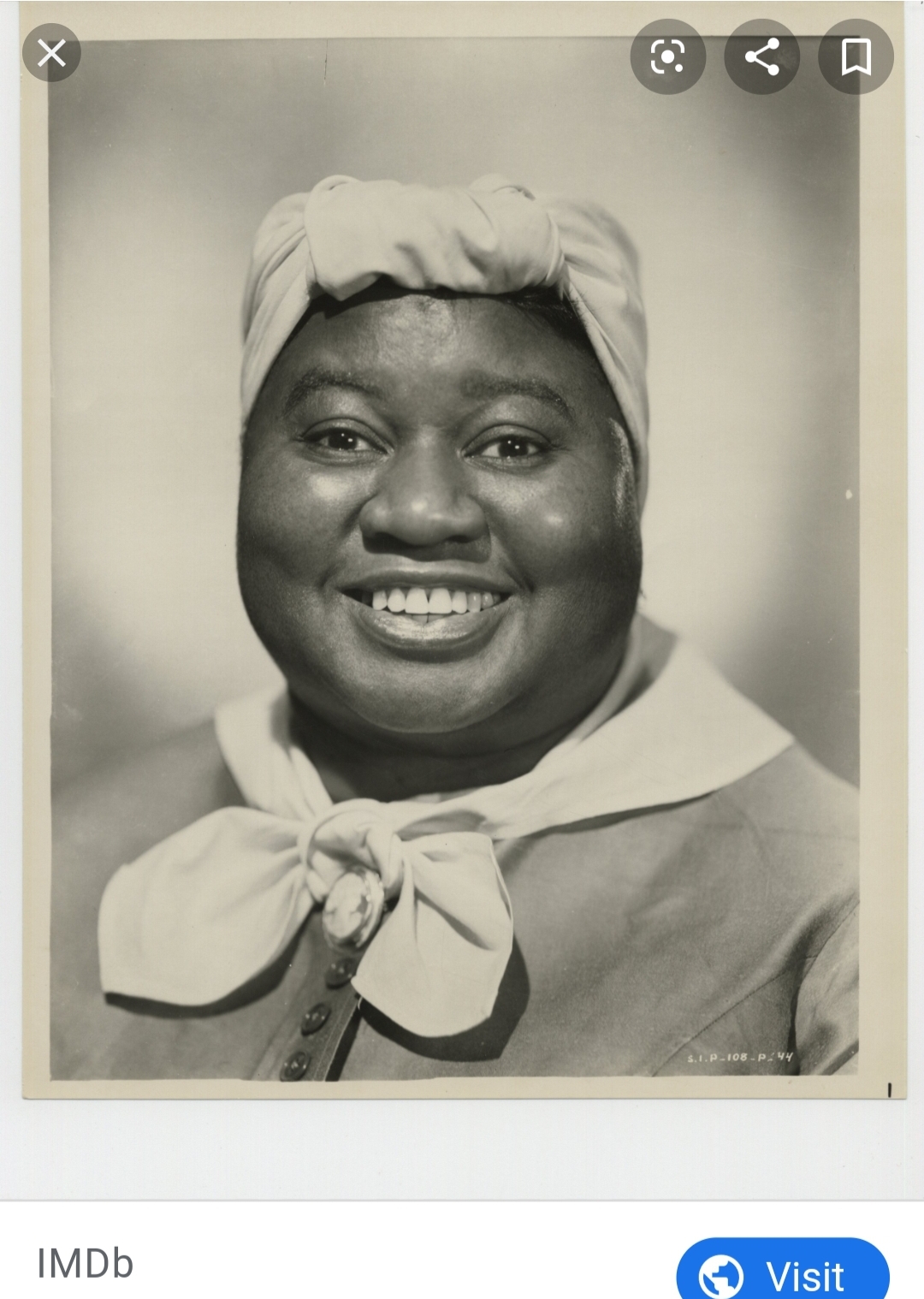 Hattie is most known for her role in Gone With the Wind—notably because she won the Academy Award for best supporting actress for her role—the first person of African American descent to win an Oscar (in 1940).

During World War II, she supported and organized entertainment for African American troops.

After the war she was blacklisted from Hollywood for protesting her typecast roles and ended up the first African American to star in a weekly radio show instead.

Hattie suffered a heart attack and then died from breast cancer a few months later.