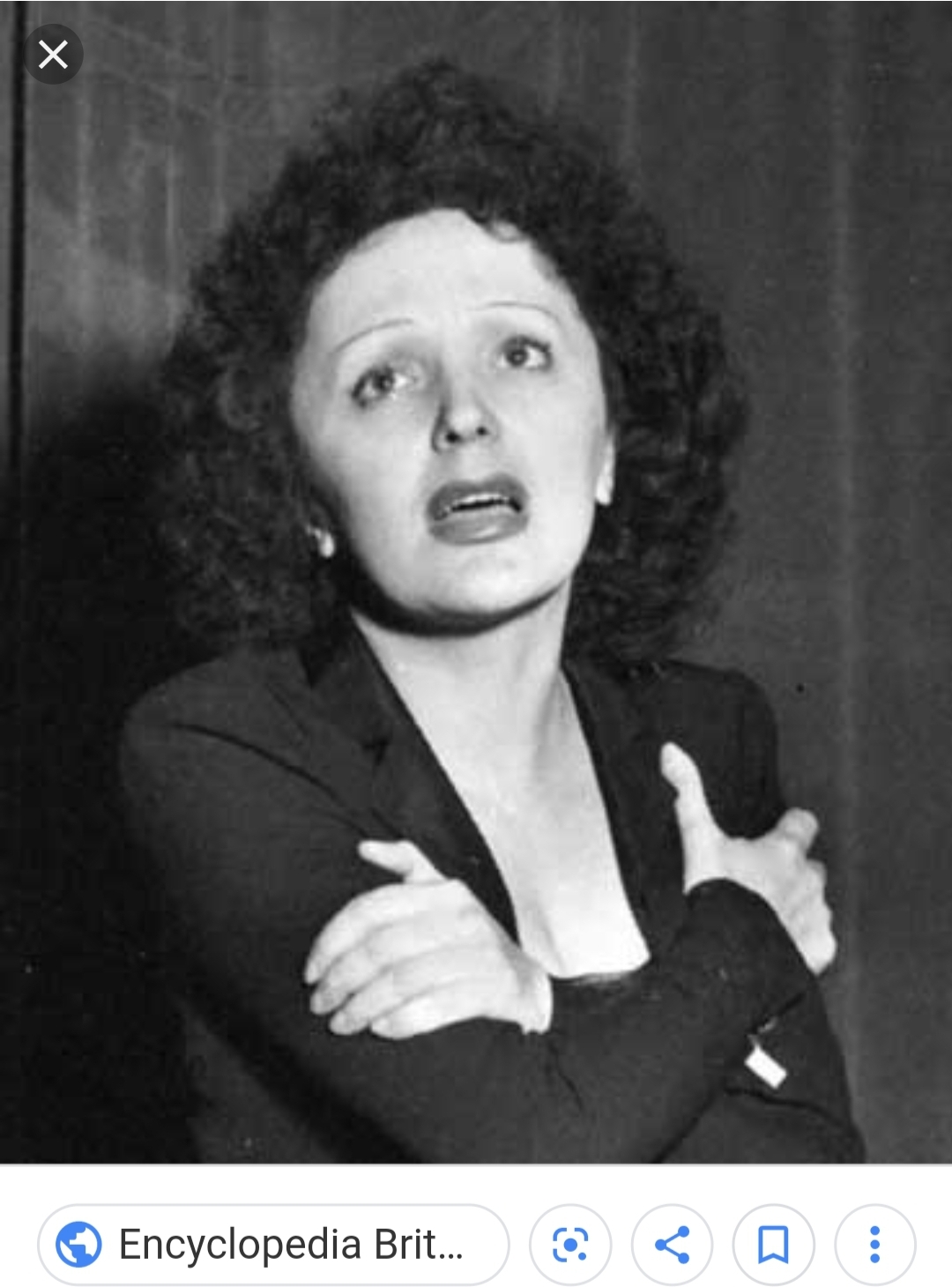 Edith is one of the most internationally acclaimed French vocalists of all time.

Her home life growing up was different to say the least; after being abandoned by her mother at birth her grandmother raised her in a brothel—she lost her sight for four years as a child and then she joined her father who was a circus acrobat and began to perform there.

Edith had a daughter who died at the age of two from meningitis.

She took on the name Piaf (Sparrow in French) because of her size: around five feet tall and ninety pounds. She started her professional career singing the same music hall songs everyone else sang, but later on sang songs that were written just for her. She was also a theatre actor and mentor to Yves Montand.

She was in multiple serious car accidents towards the end of her life and she ended up dying—purportedly from liver cancer—affected by her alcohol and drug abuse.