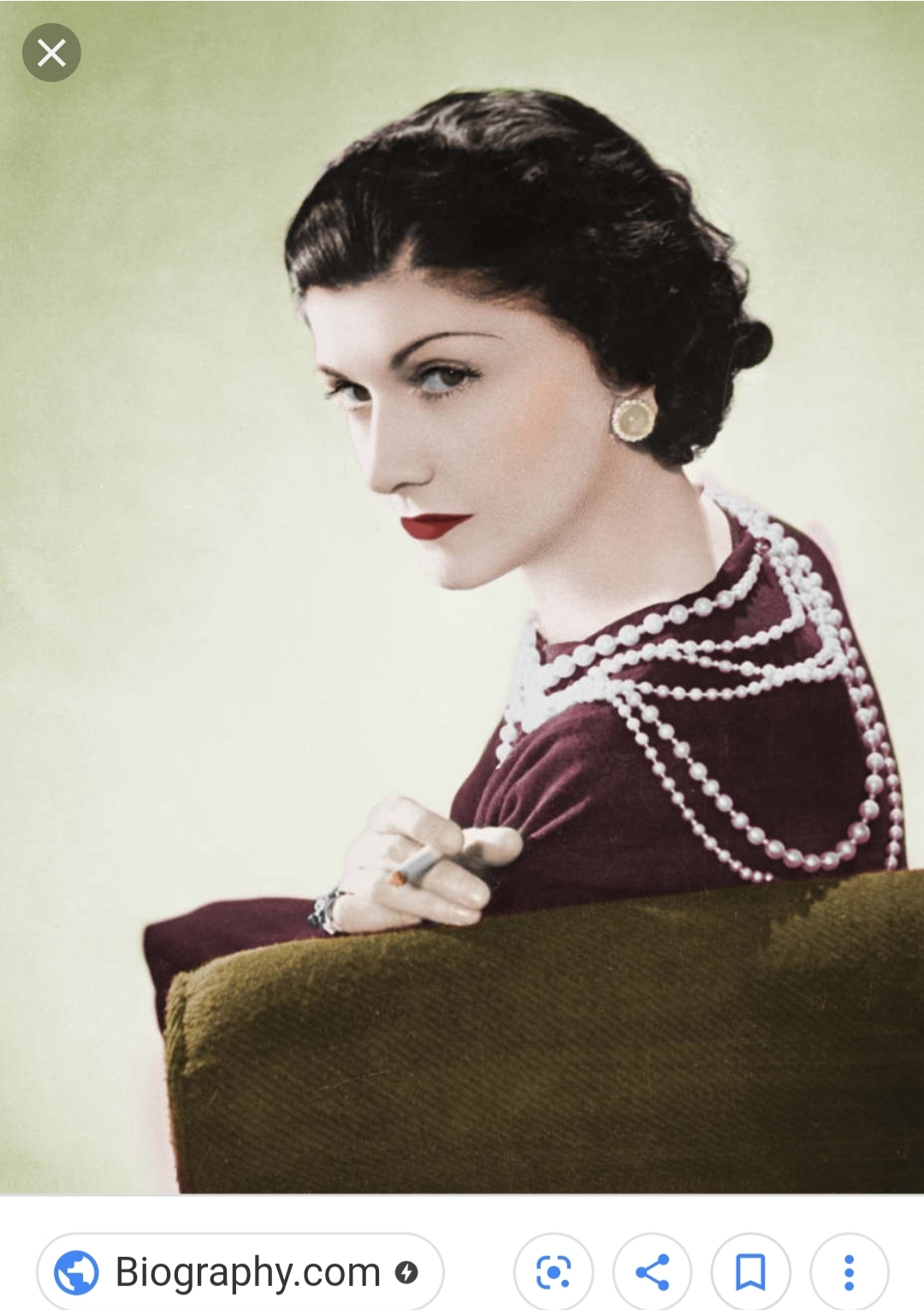 She was also a savvy businesswoman who spent the majority of World War II dating a Nazi and might have shared intelligence with him while living in Paris.

Her first store opened in 1913 and she sold hats before launching her now iconic perfume Chanel Number 5. By the late 1920’s it is estimated Chanel employed around 2,000 people.

Coco was famous in the art and literacy worlds of Paris befriending composers and the likes of Pablo Picasso.

After World War II she went into self-imposed exile in Switzerland after the public thought of her as a Nazi Collaborator (though she was never charged). She would not return to fashion until 1954, making a triumphant return, introducing several new innovations like bell bottom pants and a highly sought after and copied suit design.

The brand Chanel was led by a series of different people from 1971 after Coco died until 1983, when Karl Lagerfeld was brought in to take over. Karl led Chanel until his own death in 2019.