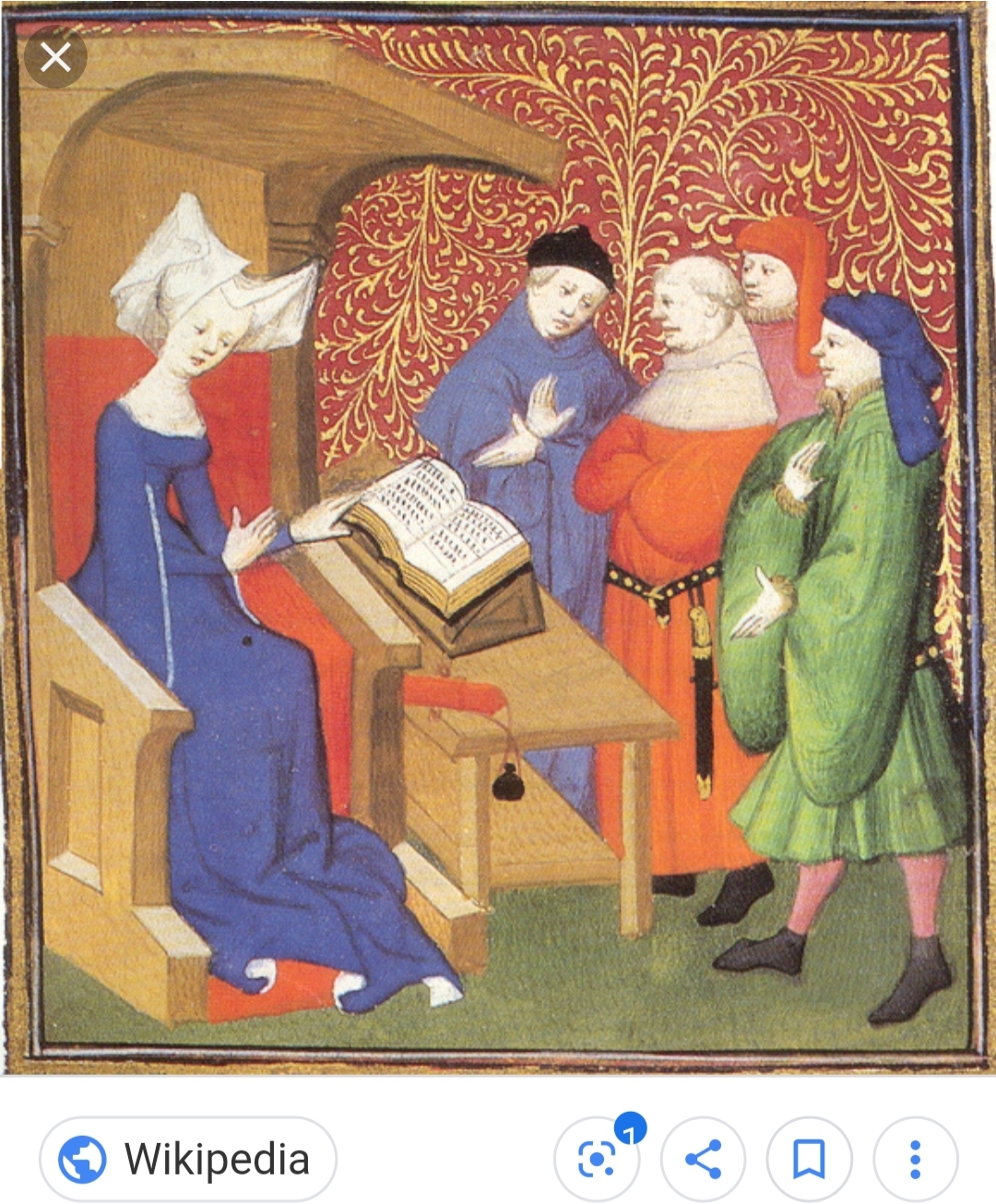 Her husband died after ten years of marriage leaving her to raise their three young children, mother, and her niece all alone.

Christine took up writing to support her family.

She is known as the first professional female writer of the Middle Ages and was the first woman in France to earn her income solely through writing.

The City of Ladies would appear in the personal libraries of many influential royal women including Anne of Brittany and Queen Elizabeth I.

In later life Christine retired to a convent where she wrote Le Ditié de Jehanne d’Arc the only work written about Joan of Arc to be published during Joan’s lifetime (in 1429).