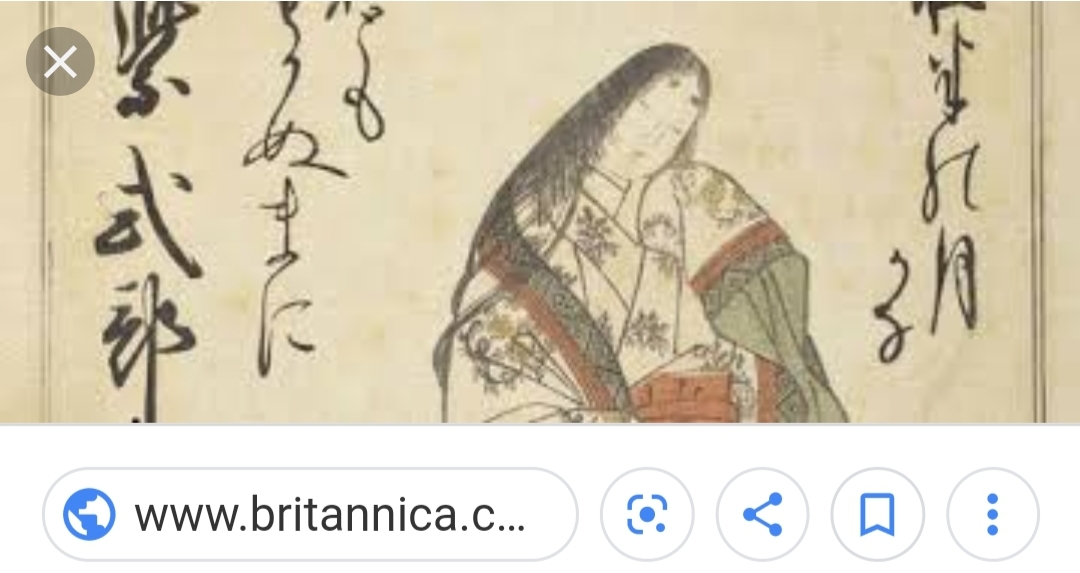 "It wasn't long before I repented of having distinguished myself. Even boys become unpopular if its discovered they are fond of their books. For a girl, it's worse."

Novelist, Poet, and Lady in Waiting to the Imperial Court During the Heian Period of Japanese history

She is most known for writing The Tale of Genji—the first novel ever written.
Murasaki is the most well remembered writer from that time period.

Her father was a provincial governor and scholar and he allowed her to learn alongside her brother—even learning some of the classical Chinese writings—which was seen as improper for a woman at the time.

Murasaki married and had a daughter and two years later her husband died. She was then brought to the imperial court and she kept a diary for two years of what court life was like.

Not much is known about her life after the Tale of Genji was published.

We also do not know the exact years she was born or died—and Murasaki Shikibu was not actually her real name but we do not know what her name really was.

I first learned her story while watching the Docu-Series Ascent of Woman by Amanda Foreman. I've posted Episode Two: Separation, to the left.