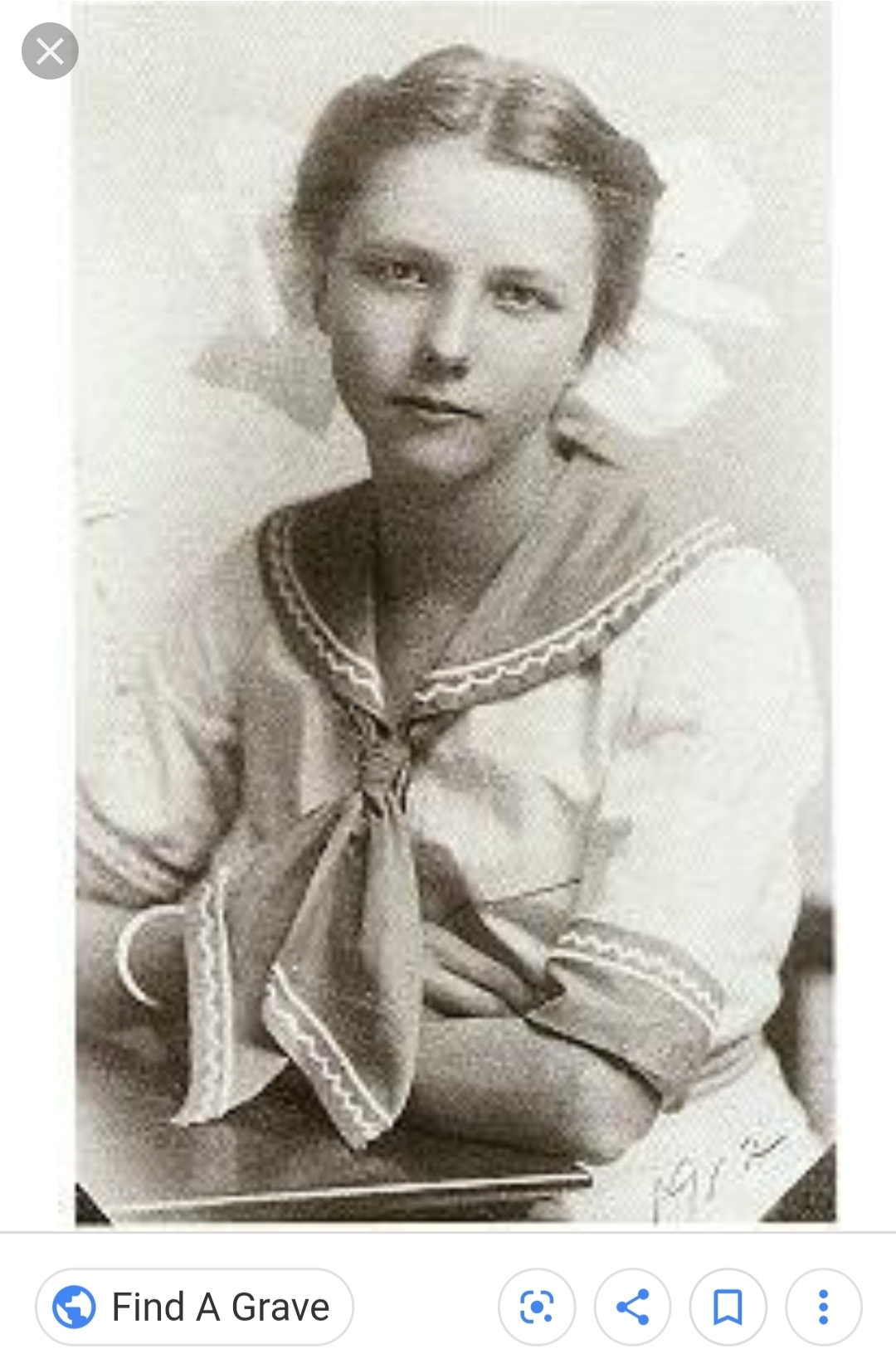 Ruth was traveling in second-class with her mother and two siblings (her father stayed behind in India where he was working as a missionary).

During the night of the sinking her mother instructed Ruth to return to the cabin to get extra blankets—in that split second her younger siblings were thrown into a lifeboat and her mother panicked and jumped in with them telling Ruth to get in the next one. Luckily Ruth was able to board the next available lifeboat. Her family all survived and in 1913 her father joined them in Ohio.

Ruth became a teacher after attending college.
She married and had three children but was divorced after twenty years of marriage.

After retiring she began speaking up about Titanic and attended several historical society functions.

After Titanic’s rediscovery Ruth advocated for the ship to be left alone but was not upset at artifact retrieval for museums.

Her ashes were scattered over the wreck site.

Ohio Tales of the Titanic by Mary Whitley and Janet White