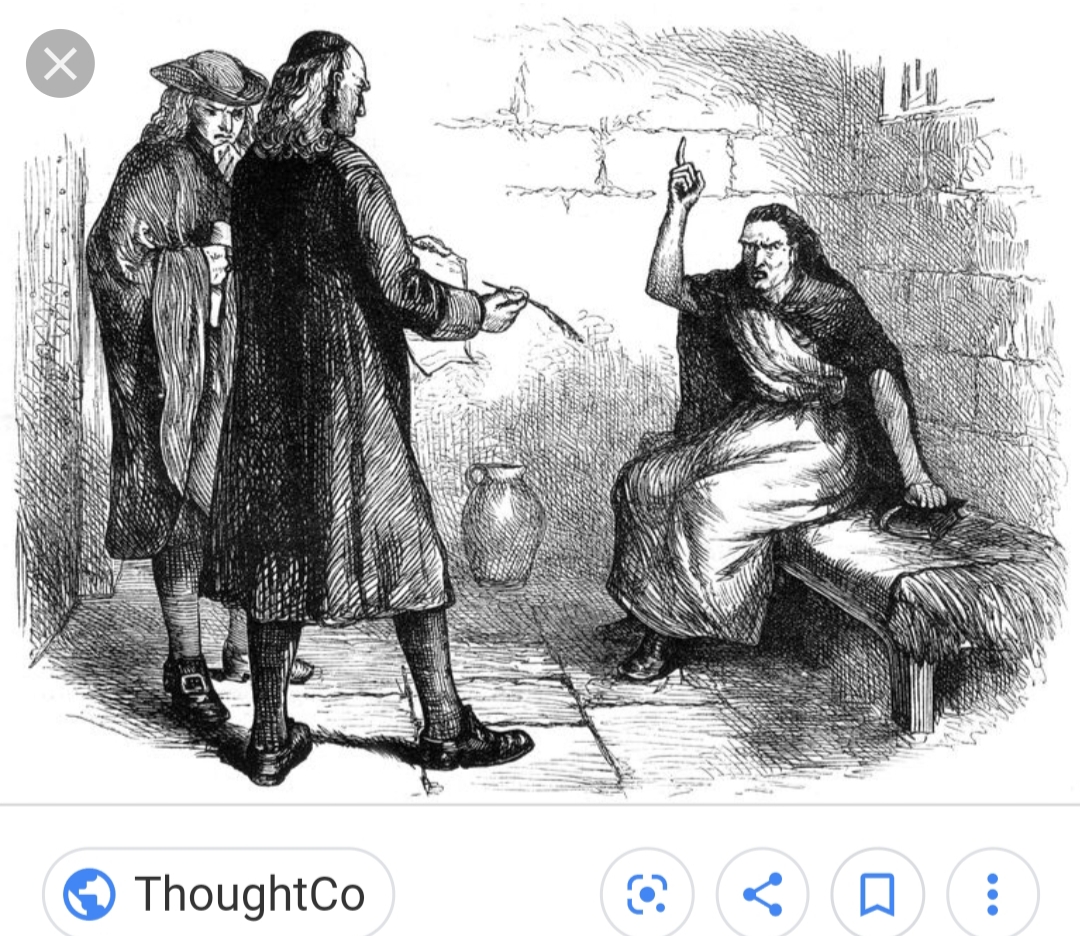 Martha was the last woman to be hung in the trials.

She and her husband were simple farmers in Salem Village and never hurt anybody.

Unfortunately for them, Martha made the mistake of publicly questioning the sincerity of the girls’ accusations.

On the way to question Martha the judges asked one of the girls what Martha had been wearing when she appeared to them—the girl replied she’d been blinded and unable to see—when they got to Martha’s to question her, she asked if the girls had attempted to describe her clothes and was arrested.

Her husband was arrested soon after and refused to enter a plea one way or the other—simply standing mute.

Giles was crushed to death by stones (the only time this form of punishment was ever dealt out in the Massachusetts Bay Colony) and if you remember the scene in The Crucible where he asks for more weight—that was true—he was eighty years old at the time. I’ve linked the scene from the movie to the right in case you have no idea what I’m talking about.