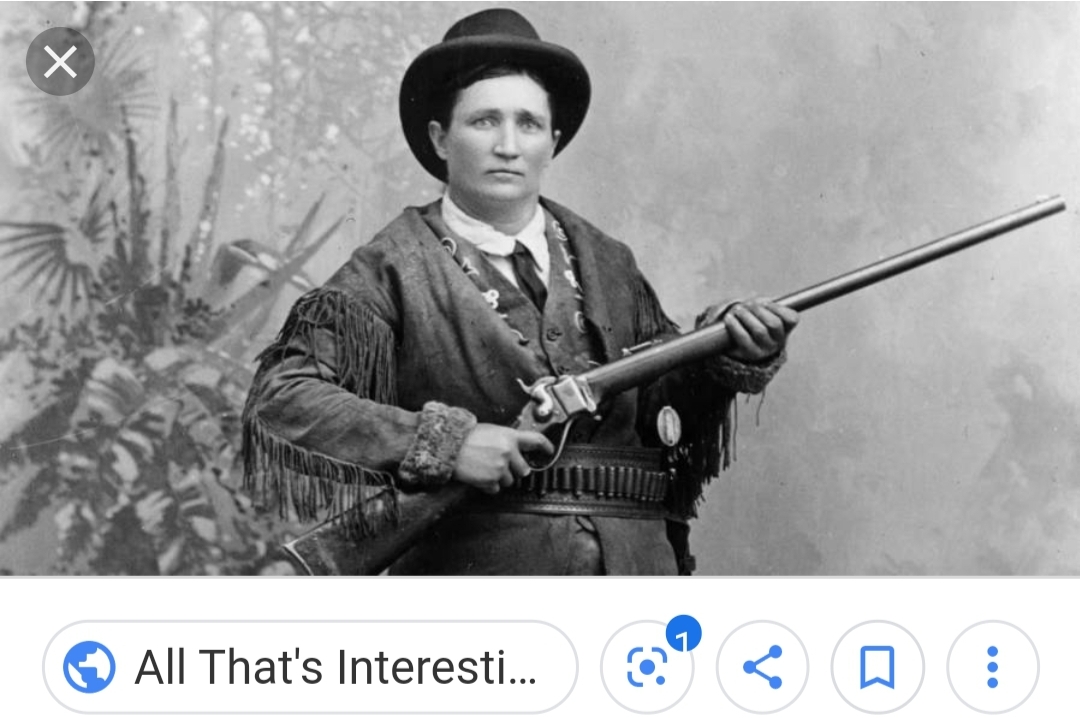 Both of her parents died in short succession after traveling by wagon train from Missouri westward; leaving Calamity in charge of her five younger siblings.

In 1870, she joined General George Armstrong Custer as a scout at Fort Russell in Wyoming—effectively beginning the rest of her life of dressing like a man.

Although Calamity often claimed she and Wild Bill Hickok were involved (or possibly even married) there is little to no evidence to support these claims.

She spent years traveling all over the Western United States and in 1885 she married and had a daughter two years later.

Calamity continued to travel and in 1895 she was hired as a part of Buffalo Bill’s Wild West Show.

She eventually died from effects of alcoholism and requested she be buried by Wild Bill Hickok.

In 1953, a Hollywood Film Entitled “Calamity Jane” was released. I’ve linked the trailer to the left.