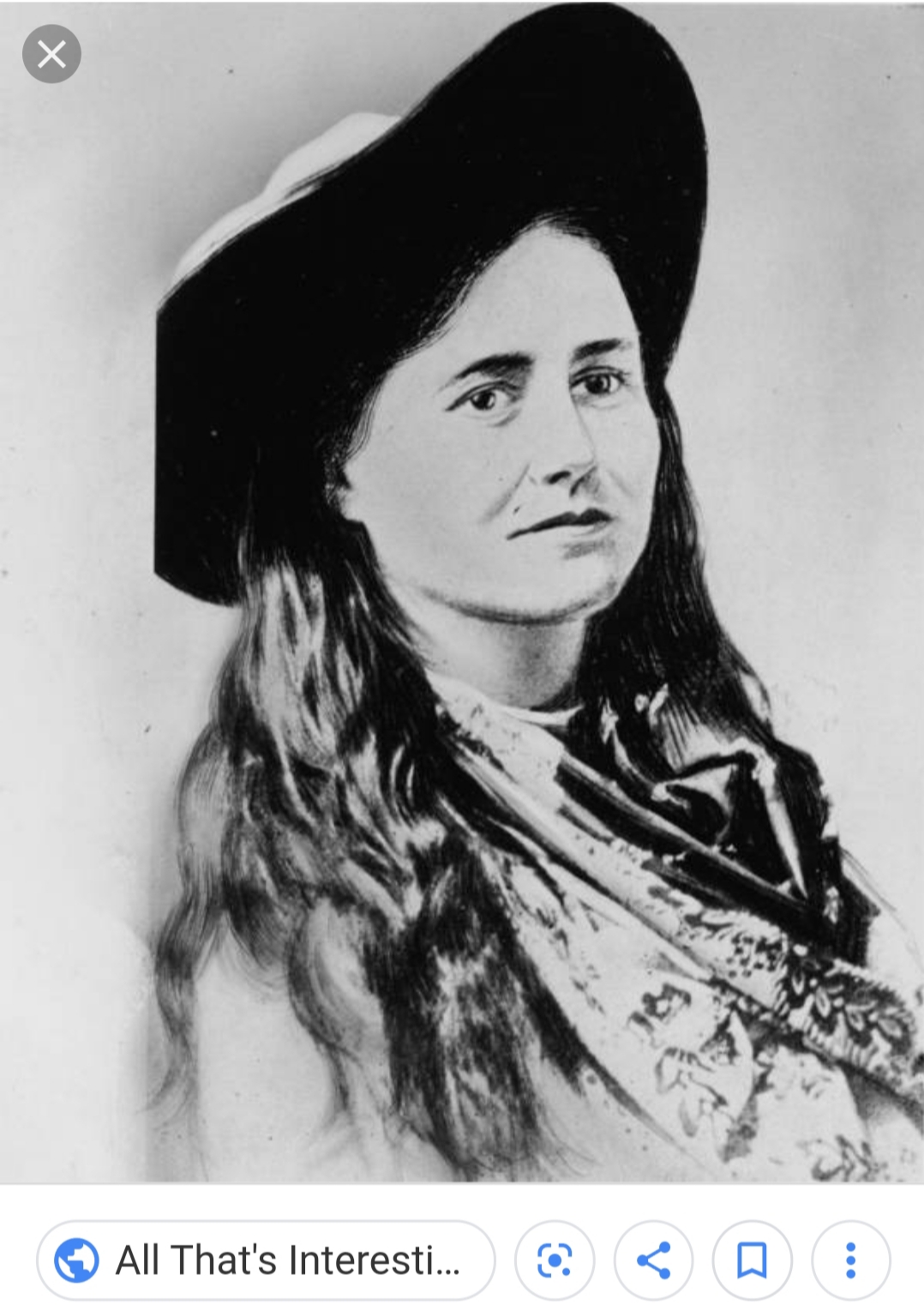 (Don’t confuse her with the other Bandit Queen—Phoolan Devi, they are completely different women!)

Belle knew other famous outlaws like the James and Younger Brothers and was arrested several times herself. Her mother also happened to be related to the Hatfields of the famed Hatfield v McCoy Feud.

Her older brother taught her how to ride and shoot—and though not proven some believe she worked with him to combat Union troops in Missouri Territory at the start of the War Between the States (The Shirley Family was very Confederate).

Belle had two children with her first husband. Her second husband was a Cherokee man and they lived in the Cherokee Territory together.

In 1883 they were convicted of stealing horses and each spent nine months in jail. After her second husband was killed, she married for a third time, but the marriage was anything but happy.

Belle was murdered two days before her forty-first birthday with the killer never being brought to justice. However, days before, her husband had evidently been shopping around for someone willing to pay his wife for money. When his offers were rejected, he was reported to have said he’d kill her himself.

In 1941, a Hollywood film entitled “Belle Starr” was released. From the IMDb description of the film, it doesn’t sound too terribly accurate, but the film is available on YouTube. I’ve linked it here in this article (but you should know the image is reversed, evidently the person who uploaded it is trying to avoid copyright infringement). I have also included a short biographical video on Belle as an added bonus.