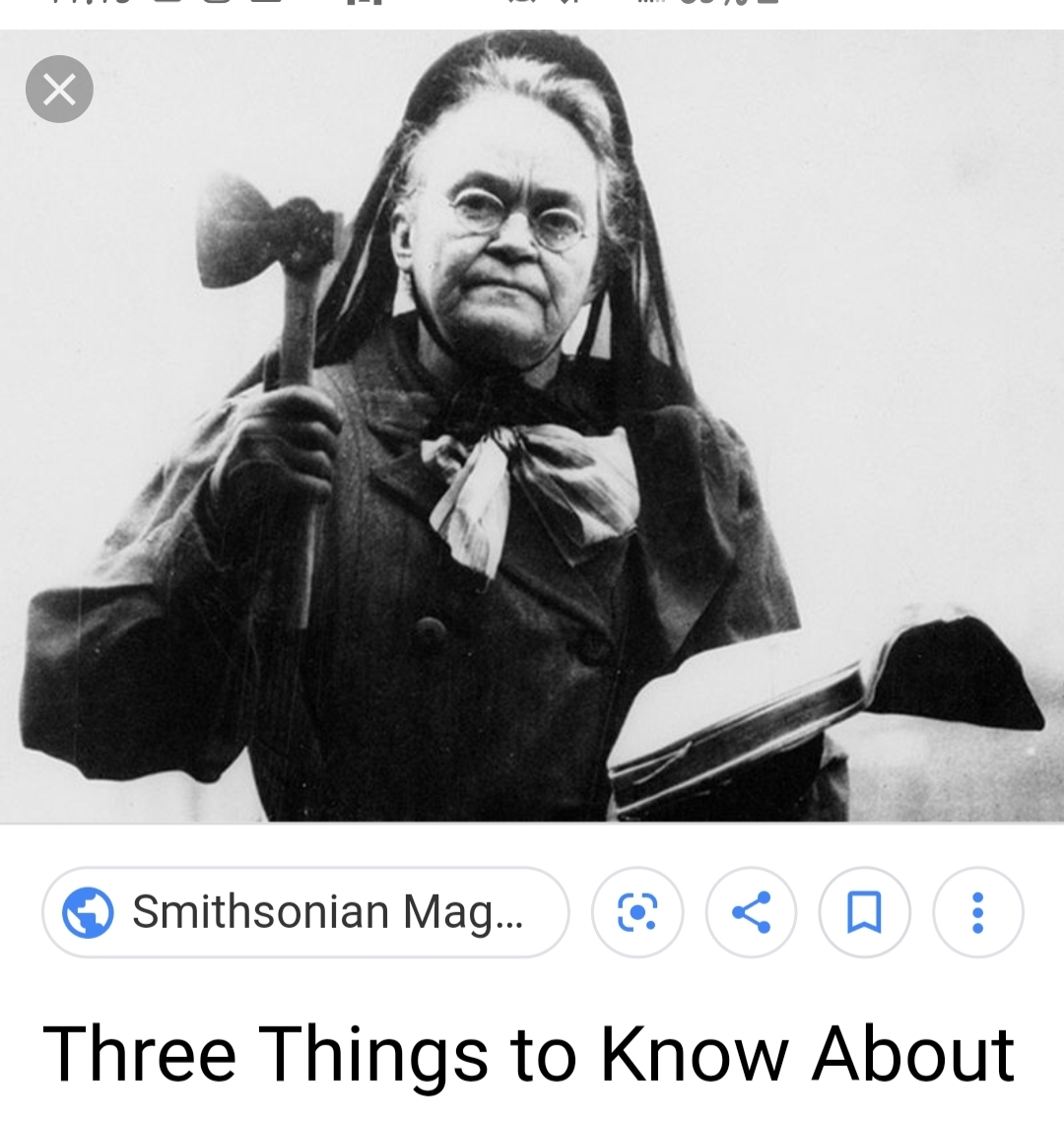 "Men, I have come to save you from a drunkard's fate!"

Carry was a temperance advocate famous for using a hatchet to smash up saloons and bars, and she wasn’t alone. Carry was actually the leader in a group of women who traveled all over Kansas, asking saloon owners to close shop. If they refused, Carry and her fellows destroyed their saloons.

She gained a teaching degree before marrying twice—divorcing the first for being an alcoholic and the second after he claimed abandonment on her part.

Carry was jailed several times for her work and always paid fines to free herself with the money raised from speaking lecture engagements and selling souvenir hatchets.

Carry herself was physically assaulted several times because of her work.

She also advocated against tobacco, corsets, foreign foods, “skirts of improper length”, and the slightly pornographic artwork found in some bars at the time.

Carry was even a women’s suffrage advocate.

Her autobiography was published in 1904 and in 1976 her home became a National Historic Landmark. Her epitaph reads, “She Hath Done What She Could.”

They Came to Jerome by Herbert V Young