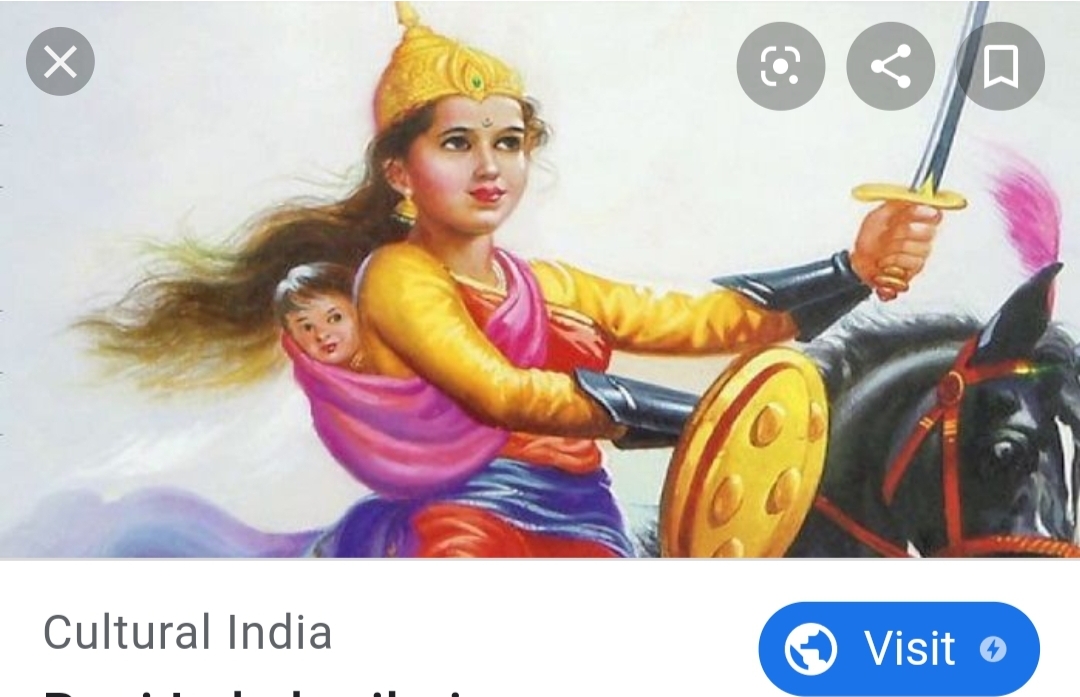 The Rani (or Queen) of Jhansi

Leader of the Indian Mutiny against British Rule in 1857-1858, she was trained as a child in martial arts, horse-riding, and sword fighting.

Lakshmi married the Maharaja of Jhansi, but he died before they could have a biological heir (some sources state they had a child but they died when they were only a few months old). As was custom he adopted a boy just before his death and Lakshmi raised him as her own.

The British Governor-General of India refused to recognize the boy as the legitimate ruler of Jhansi and annexed the kingdom under British rule.

Lakshmi refused to submit and was quickly named Regent of Jhansi to rule on her son’s behalf—determined to not let Jhansi fall into British hands. She led the troops herself and refused to give up even after a series of defeats. Lakshmi would ride through battle with her son on horseback behind her.

She was eventually killed in combat, but afterward became a symbol for resistance and Indian nationalism.

A film about her life story was released in November of 2019. The link to the trailer can be viewed in this article.