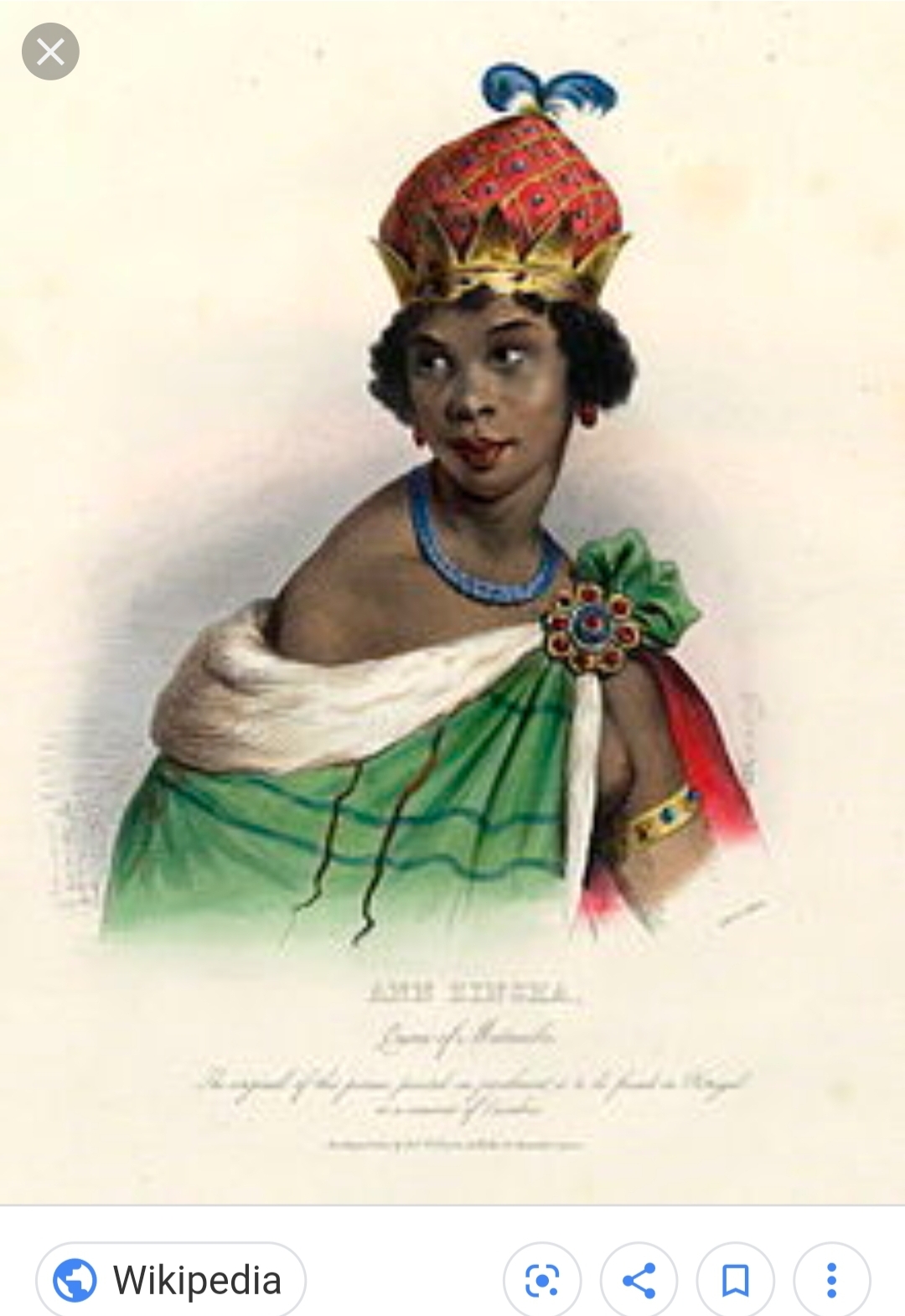 Queen of Ndongo and Matamba

She defined much of the seventeenth century of what is now the country of Angola.

Njinga beat back Portuguese attempts at Colonization with diplomacy, negotiations, and quick thinking.

She took power after her useless brother was imprisoned by the Portuguese and she came to ask for his release.

In a famous move the Portuguese refused to offer her a seat and so Njinga simply had one of her servants bend over so she could sit on their back. The Portuguese decided to let her brother go and soon after he died—whether from committing suicide or being murdered by Njinga isn’t clear, but she soon took the throne for herself.

She spent the next thirty-five years beating the Portuguese back until they finally gave up—signed a peace treaty—and left.
During her lifetime she was said to have a large harem of men (possibly up to sixty of them).

Statues of her now stand all over the Republic of Angola.