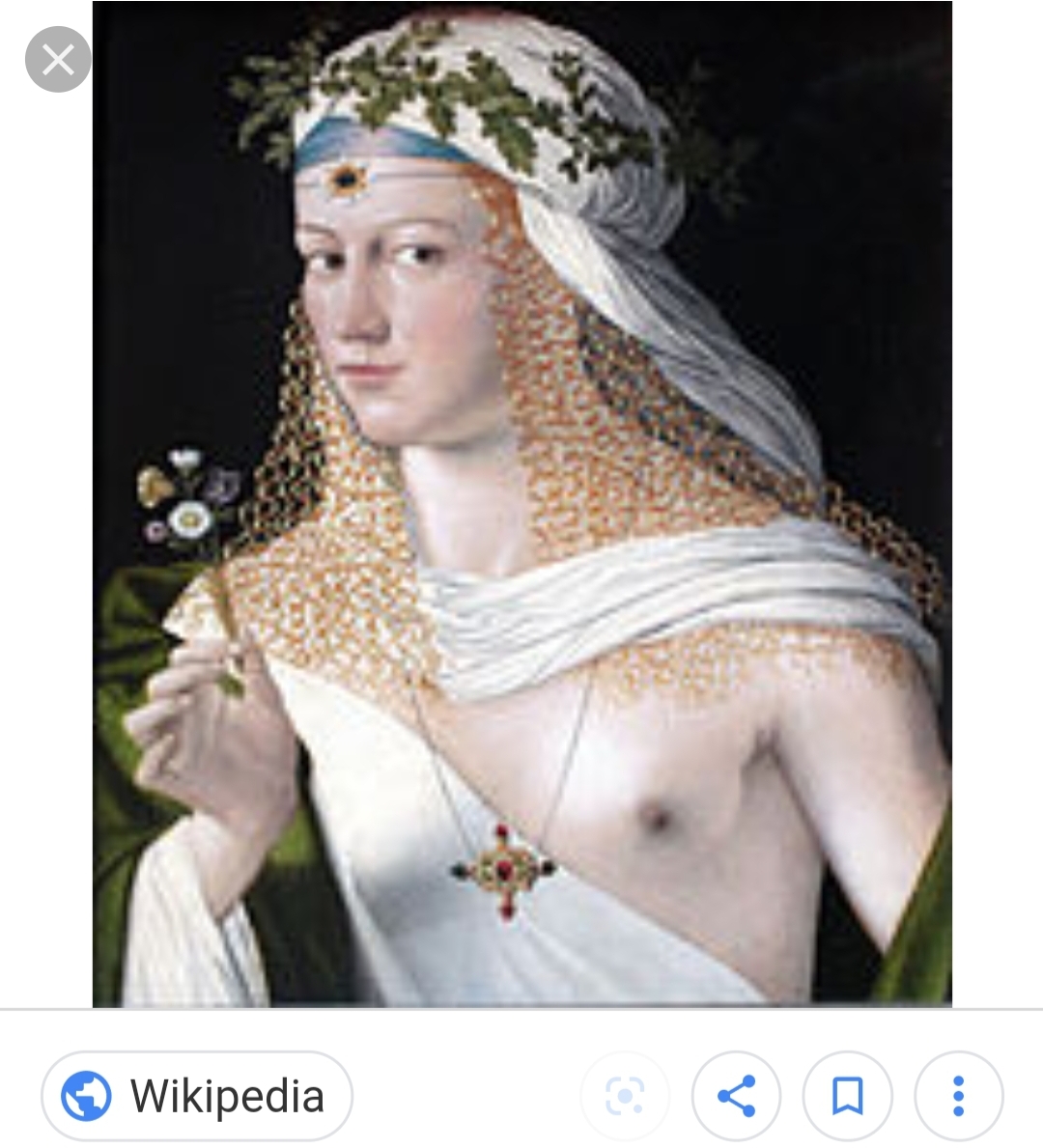 "...My husbands have been very unlucky."

Sometimes You Get Saddled Into Your Family's Personal Affairs, Even When You Wanted Nothing to do With Them

She was the illegitimate daughter of a Pope and his mistress (yes you read that right, his Holiness wasn’t all up to date on his celibacy vow—and she was technically born when he was still a Cardinal).

Lucrezia was noted for her beauty throughout her life and after her death became the inspiration for a play, an opera, and various movies.

She was married multiple times—her first marriage was annulled after three years (they married when she was thirteen and the annulment was fought by her husband [her family claimed he was impotent and had never consummated the marriage and his response was to claim Lucrezia was having sex with her father and brother—the annulment finally took place after Giovanni—the husband--was allowed to keep Lucrezia’s dowry]).

Her second husband was found strangled to death—most likely on the orders of her brother (her husband was the illegitimate son of the King of Naples no less). She was eighteen when she married the second time around and she gave birth to her first son named Rodrigo through this match.

Her final marriage was much more peaceful and uneventful—she spent the last nineteen years of her life as the Duchess of Ferrara and actually had some autonomy for once. Lucrezia and Hubby #3 married when she was twenty and her husband—also a widower but with no children--was twenty-four.

Lucrezia was educated in Latin, Greek, Italian, and French as a child alongside music and other arts; it has even been said she was left in charge of Papal affairs at times when her father went off on other duties—and after her early death she was remembered for viciously untrue lies pertaining to her sexuality and morality in general.

Lucrezia died following a complicated childbirth when she was thirty-nine; she had seven children in all.

One Bloody Thing After Another by Jacob F. Field