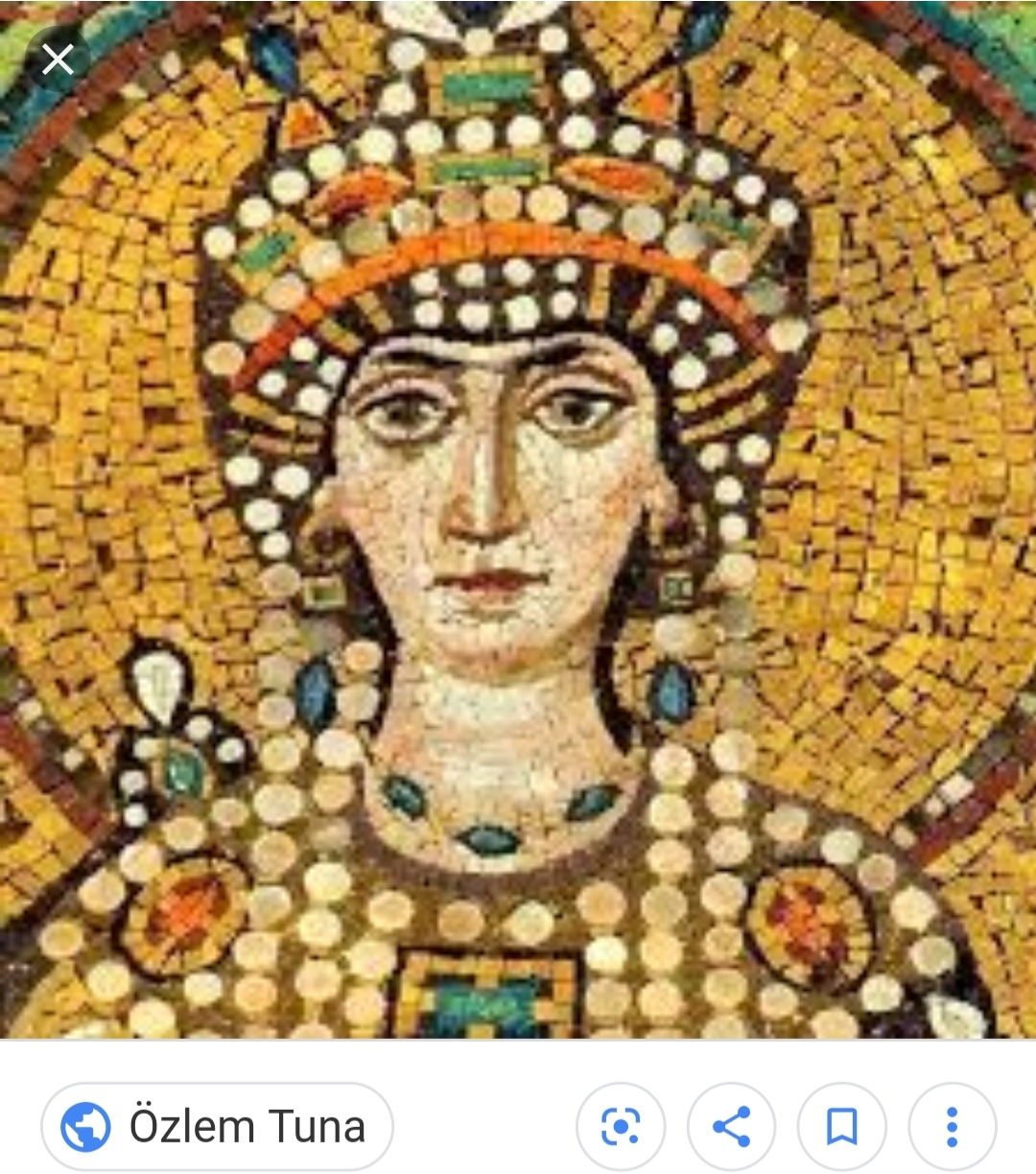 Byzantine Empress who Ruled Alongside her Husband Justinian I

Born: c.497, Possible birth locations include Crete, Syria, and Cyprus but the exact location is unknown

Before marrying the emperor, she worked as an actress and street performer (in Layman’s Terms: a stripper, dancer, and acrobat)—a very unseemly background for a woman who would be Empress.

Theodora would become one of the most powerful women in Byzantium History.

In order for them to be married though—the Emperor Justin (Justinian’s Uncle) had to amend the laws to make such a match legal (apparently senators—the position Justinian held at the time—were not allowed to marry “actresses”—even ones that had renounced their former careers, like Theodora had by this point). The marriage also helped Theodora’s illegitimate daughter Ioannis hold a better place in society.

Theodora was around twenty years younger than Justinian. She was crowned as his equal during his coronation and not as his consort on his insistence.

Her speech to her husband during the Nika Riot is one of the best speeches from a royal ever (in my opinion). The riot grew from a small disagreement during a chariot race to a full-scaled attack that destroyed most of Constantinople and saw many wanting to overthrow Justinian. Justinian wanted to flee, but Theodora told him it was better to die a ruler than to lose power.

When plague struck Constantinople in 542 CE Theodora ruled alone as Justinian struggled to survive the disease. She was also a social reformer opening orphanages and homes for former prostitutes wanting to re-enter “respectable” society.

Theodora most likely died from cancer and her husband never remarried despite having no heir. According to the book Strange History, Theodora was the first person to undergo a mastectomy.

Her daughter would have three sons who all became prominent Byzantium citizens.