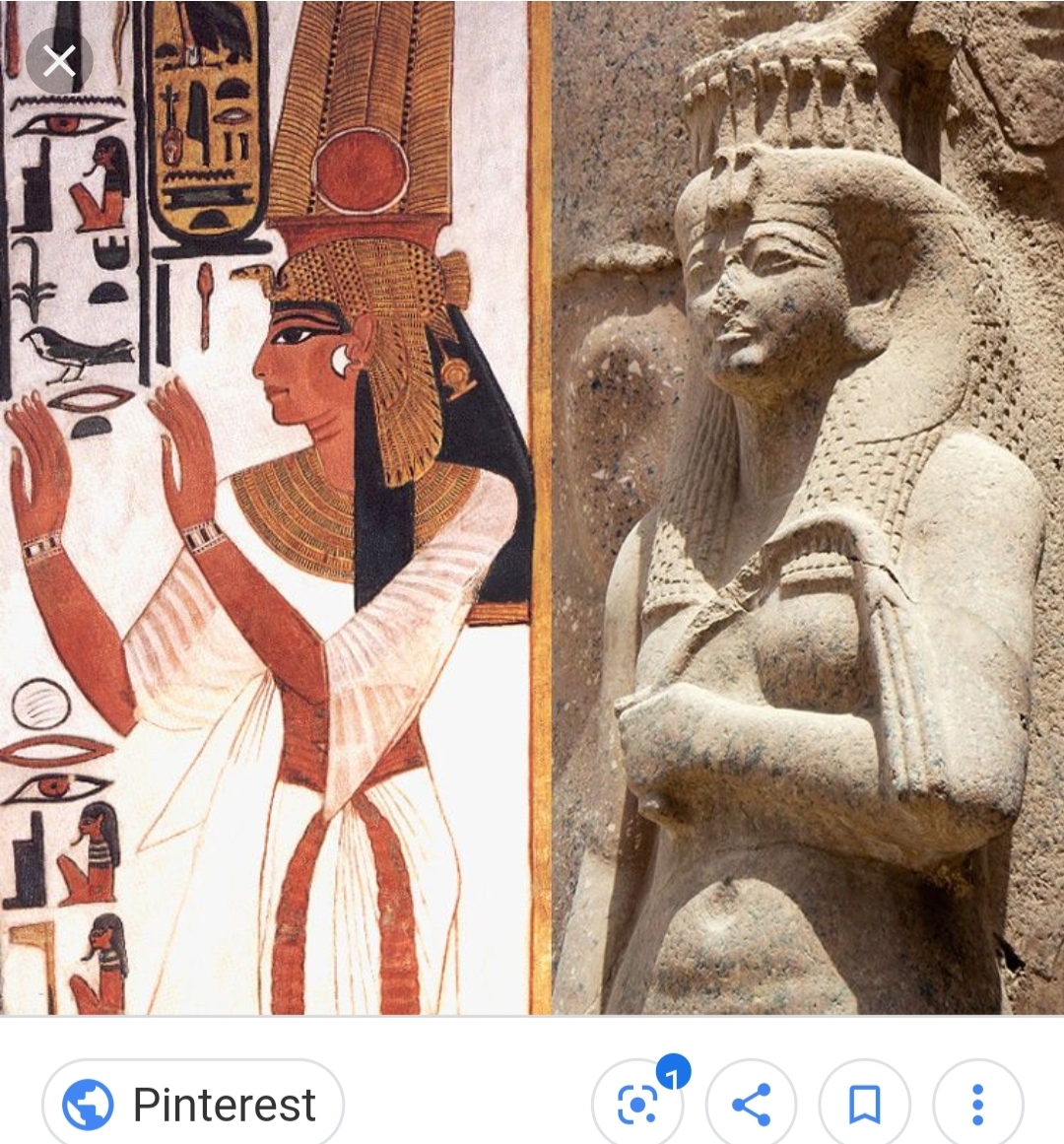 Her name means "The Beautiful Companion, Beloved of Mut"

One source says Nefertari was thirteen and her husband fifteen when they married.

Not much is known of her past, but she was most likely a noblewoman not of the royal family—we know this because her titles indicate as such and do not list her as a king’s daughter or anything to that extent.

She was the first and most loved of Ramses seven queens. Nefertari was the mother of at least four sons and two or four daughters (Ramses would have over eighty children in all).

She was his wife for over twenty-four years, and they married before he ascended the throne.

Her titles included: Sweet of Love, Bride of God, and Lady of the Two Lands. These show she was not just a consort but also a priestess and political ally. She accompanied her husband on several military campaigns and was instrumental in helping get the Treaty of Qadesh signed (the World’s First Modern Peace Treaty).

She sent several gifts and letters to the king and queen of the Hittites once this peace was facilitated.

Her tomb is designated as QV66 and is the most beautifully decorated in the entire Valley of the Queens. Unfortunately, grave robbers took all of the valuables inside centuries ago—including her sarcophagus and most of her mummy (it is believed her lower legs were recovered).

Ramses’ love for his wife did not stop at her tomb. The Temples of Abu-Simbel were built in Nubia and the smaller temple is dedicated to Nefertari; two huge statues of her flank the front alongside four of her husband—an honor unseen anywhere else in the history of Egypt.

She died in the twenty-fourth year of her husband’s reign soon after construction of the temple began.