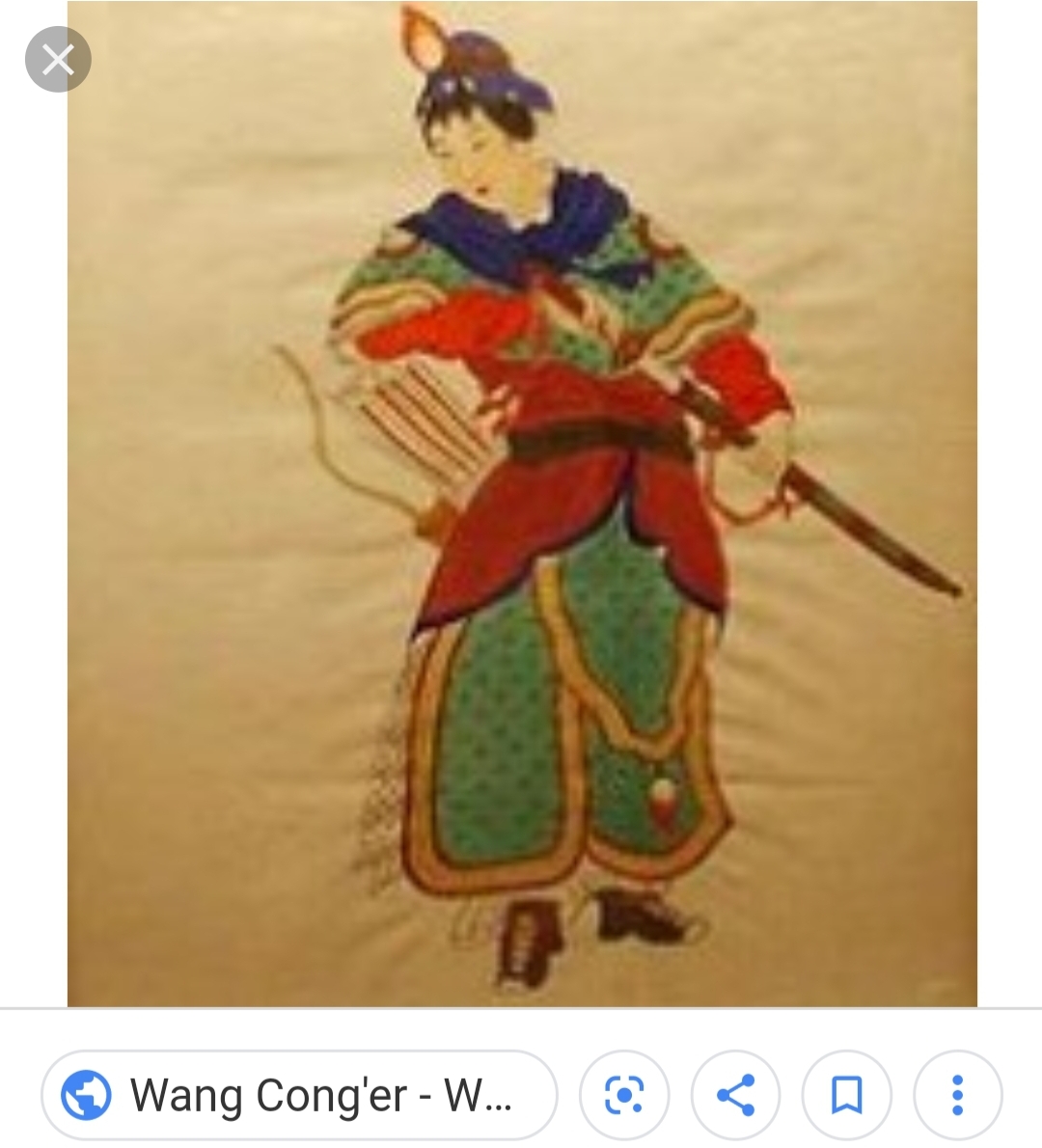 Warrior and leader of the White Lotus Society

Considered a rebel outside the law in her own time, today Wang Cong’er is idolized as a heroine. Some even compare her to Hua Mulan—but others say she wasn’t that good.

Before becoming a leader in the rebellion, she was a traveling entertainer—which is where she probably learned martial arts and acrobatics.

Wang Cong’er was married to Qi Lin—the chief runner of the local yamen (meaning administrative office of a local bureaucrat) but he later became a leader of one of the three branches of the White Lotus Society.

In 1795 the White Lotus prepared to launch their first major attack against the government but were caught and Qi Lin was one of around a hundred people to be executed.

Pretty soon her troops were backed into a corner and Wang Cong’er committed suicide by jumping off a cliff.

The White Lotus Society was a centuries old movement that became a rebellion launched against the Qing Dynasty in 1796 (Sadly it has nothing to do with a certain Uncle Iroh and his obsession with Tea, although the that White Lotus held practically the same beliefs).