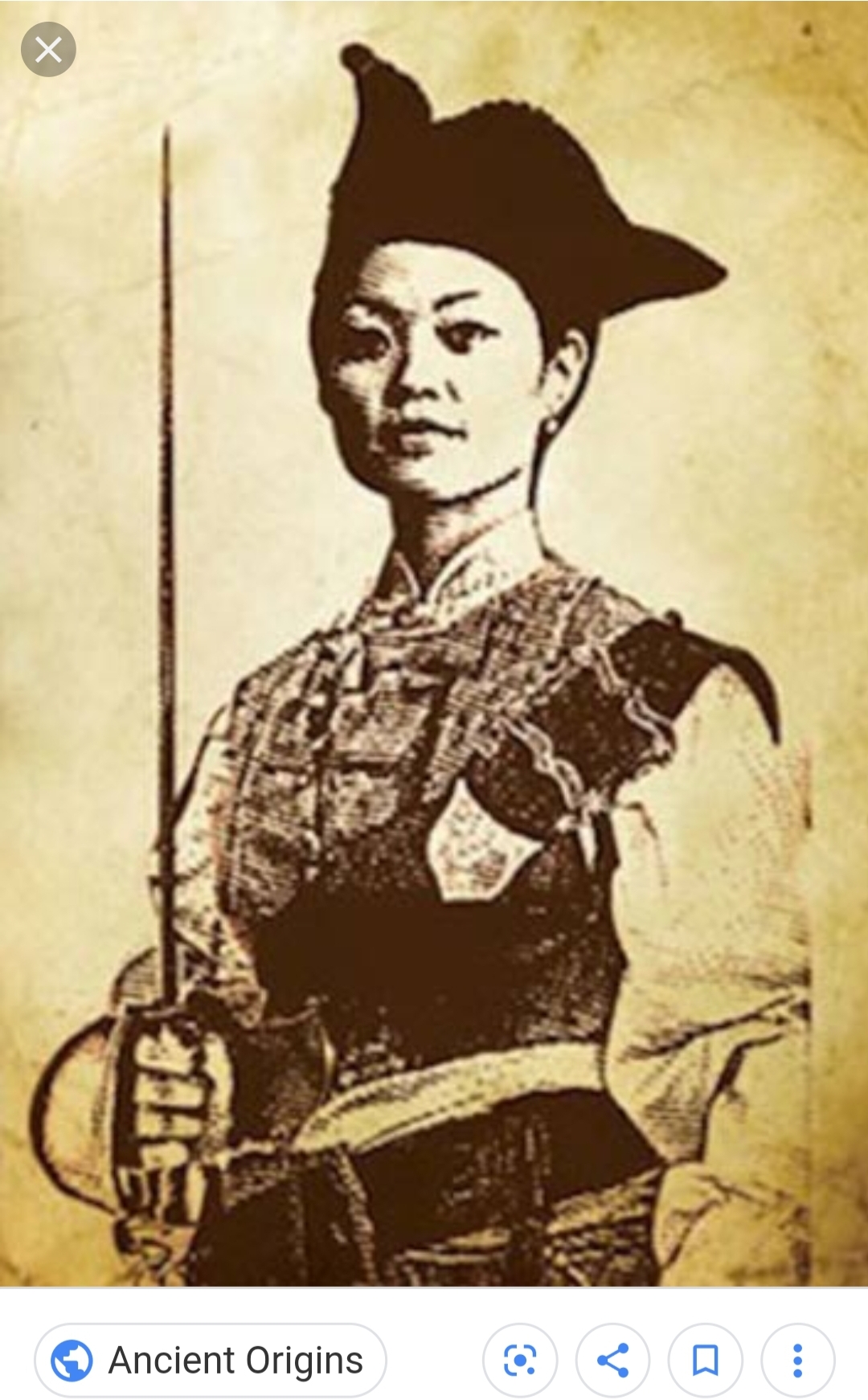 Accounts differ on how she ended up with her husband but however it happened she left prostitution behind and married him, taking partial control of the Red Flag Fleet that he controlled.

Eventually they formed the Cantonese Pirate Coalition with another pirate.

Her husband died six years after their wedding; with her stepson’s support she took complete charge of the fleet.

Ching Shih would place a system of taxes and inventory over her ships in which each ship kept 20% of what it plundered and the other 80% went to the communal funds of the entire fleet.

She also put forward rules for captured women (ugly girls were set free and if a pirate wanted to marry one of the girls, he could but he had to swear to be faithful and good to her--being unfaithful and raping someone were grounds for execution).

Ching Shih punished her pirates in a multitude of ways if they broke her code.

She would eventually seek amnesty from the Chinese government but not before negotiating to keep the loot she’d taken over the years.

Ching Shih then married her stepson and had a child with him.

After her second husband died, she moved to Canton and opened a gambling house which she ran until she died.

Ching Shih is portrayed in Pirates of the Caribbean 3: At World’s End as one of the Pirate Lords.