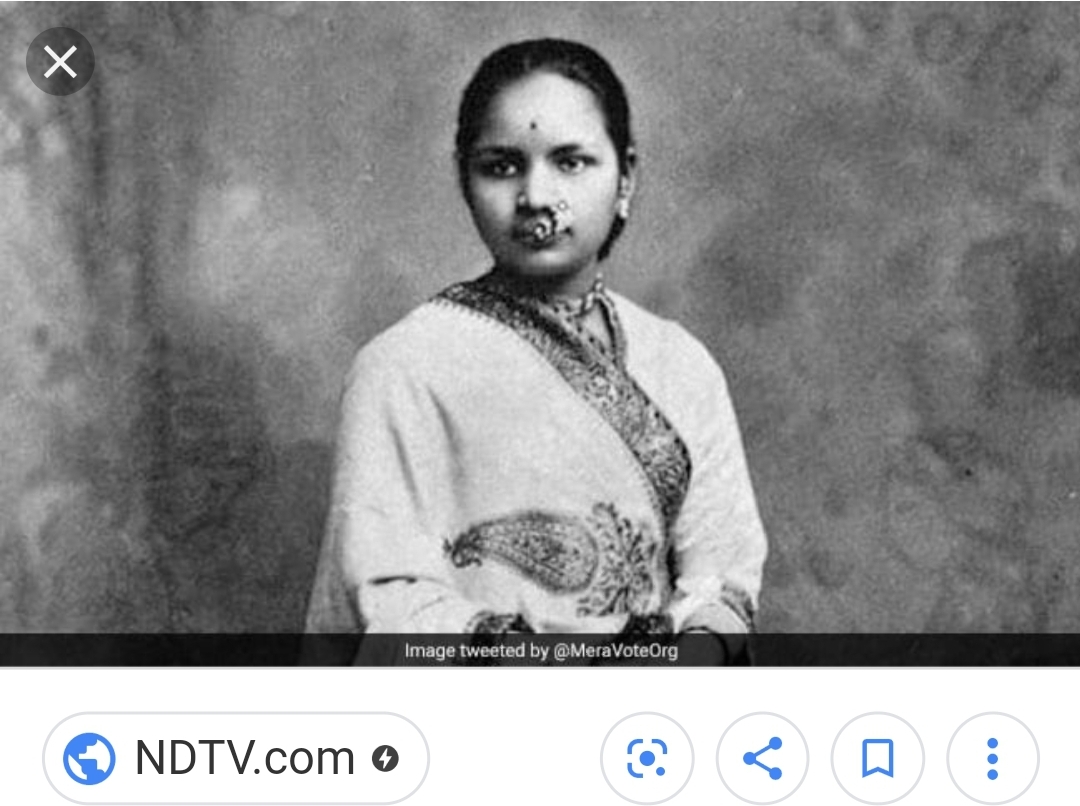 Her parents named her Yamuna at birth.

Anandi was the first woman of Indian origin to study and graduate with a medical degree in the United States.

She is also believed to be the first woman born in India to step foot in the United States.

Anandi was married at the age of nine to a widower nearly twenty years older than her under economic pressure from her family (and because it was the custom at the time).

Her husband renamed her Anandi and wasn’t all bad—he actually agreed in educating women and helped Anandi learn English (which he thought would be more helpful than the usually learned Sanskrit).
When she was fourteen she gave birth to a baby boy but he died after ten days because they lacked access to the medical care needed to save his life. This experience inspired Anandi to learn medicine.

In 1880, her husband sent a letter to a missionary asking for assistance in getting Anandi into an American medical school. The missionary replied he’d be glad to help if they converted to Christianity (they declined). However, the Missionary had the letter published in a newspaper and a woman in the United States named Theodocia read the letter and was inspired—immediately becoming pen-pals with Anandi.

In 1883, her husband sent her to America alone even though she was in ill health. Before she left for America she was supported by many Christians (though they still wanted her to convert). After pledging to not convert publicly she started to receive donations from all across India.

At the age of nineteen she was enrolled into the Women’s Medical College of Pennsylvania. She graduated two years later despite having contracted tuberculosis and her overall health worsening.

Queen Victoria sent her a letter of congratulations.

Anandi returned to India and was placed in charge of the female ward of her local Albert Edward Hospital.

Her death was mourned throughout India.

In 2019, a biopic about her life was released in India. I have included a link to the trailer in this article. While the movie is in Hindi, the trailer has English subtitles.