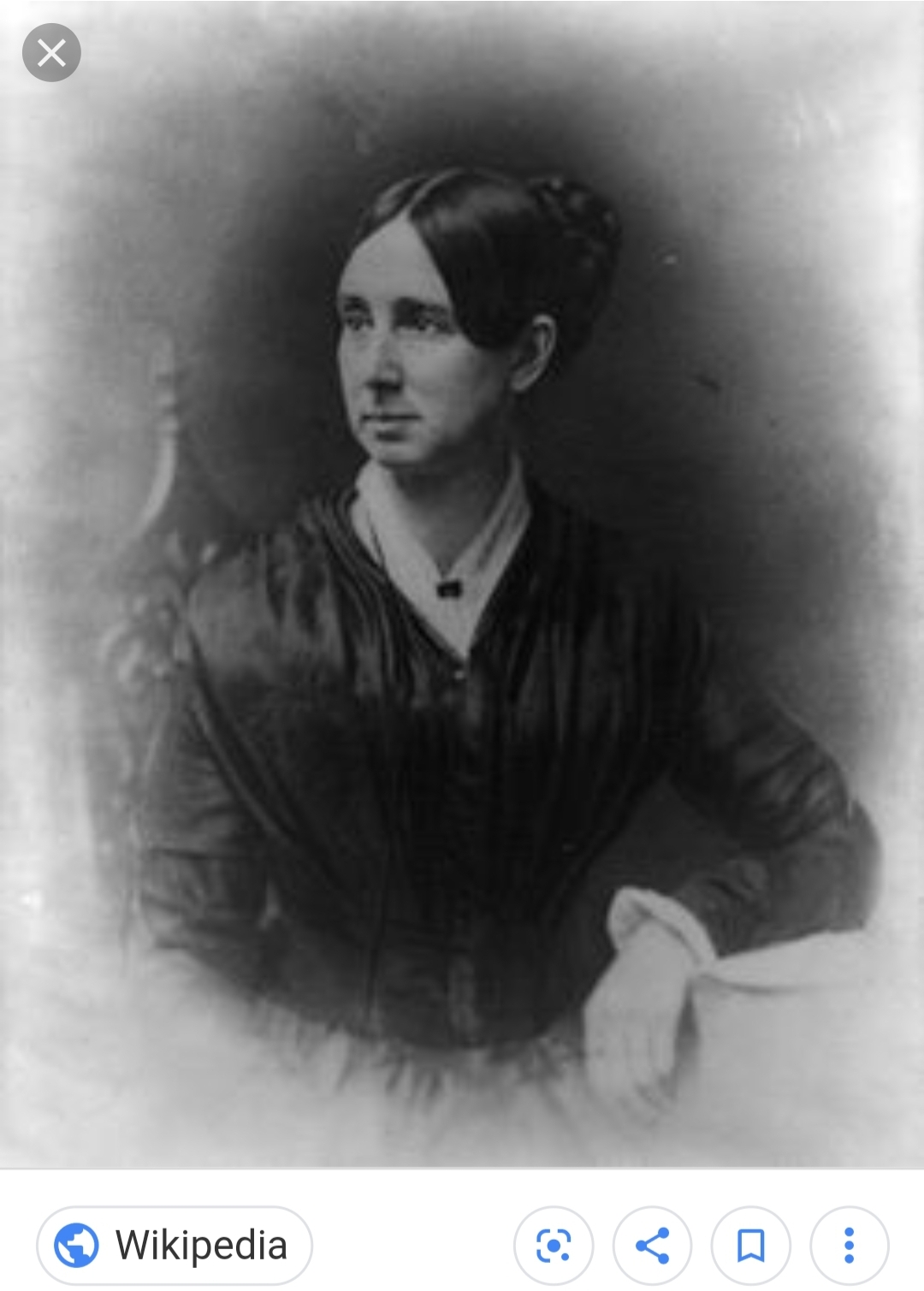 She also recruited nurses for the Union Army during the War Between the States.

Not much is known about her childhood other than her parents were most likely alcoholics and she lived with her grandmother to escape an abusive home.

By the age of fourteen, Dorothea was teaching at a girls’ school. Her homemade curriculum stressed knowing the natural sciences and living ethically.

She spent a period of years teaching and then not, trying to recover from ill health by moving to England for two years. When she returned to the United States, Dorothea learned she’d inherited enough money to live comfortably while she figured things out.

She spent two years in Massachusetts observing the horrific conditions in Asylums, reporting her findings to the Massachusetts State Legislature. She then moved on to Rhode Island and New York, pushing for better legislation and more funding to improve these institutions.

Over the next forty years, Dorothea inspired action in fifteen US states and Canada, improving the conditions for thousands of people. Her efforts are credited with seeing thirty-two new institutions opened in the United States alone.

Dorothea even traveled overseas to research how mental asylums operated in other countries. While in Italy, for example, she petitioned the pope to observe the conditions himself and work to improve them.

When the war broke out, Dorothea was named Superintendent of the Army Nurses for the Union Army, making her the first woman to have such a high-ranking appointed position within the United States Federal Government. Sources differ on her level of effectiveness in this post. The National Women’s History Museum writes a glowing review with the following information:

She treated Confederate and Union nurses alike which gained her respect from both sides. Dorothea was responsible for appointing around 15% of all union army nurses (around 3,000).

But Encyclopedia Britannica says she was ill suited to the position.

According to History, one of the nurses who worked under Dorothea Dix was Louisa May Alcott, future author of the Little Women books. History also says (according to Louisa May) that Dorothea was not very well liked by the nurses, who tended to steer clear of her, and that by 1863 she’d been ousted from her position and sent home.

Here’s how I interpret what the three different sources are trying to say: Dorothea was appointed to the position in the hopes that she could do some good for a dire situation. She did her best, got some good accomplished, but was not actually qualified for the job, and in the end, she was replaced.

These three sources are a great example of how you should not always believe the first thing you see online. If I had stopped at just one of any of these articles, I would have had a completely different viewpoint of what actually happened.

But I digress, back to Dorothea.

After the war she worked to raise money for the deceased soldiers’ monument which stands at Fort Monroe, Virginia today. She passed away in one of the hospitals she had helped to create.