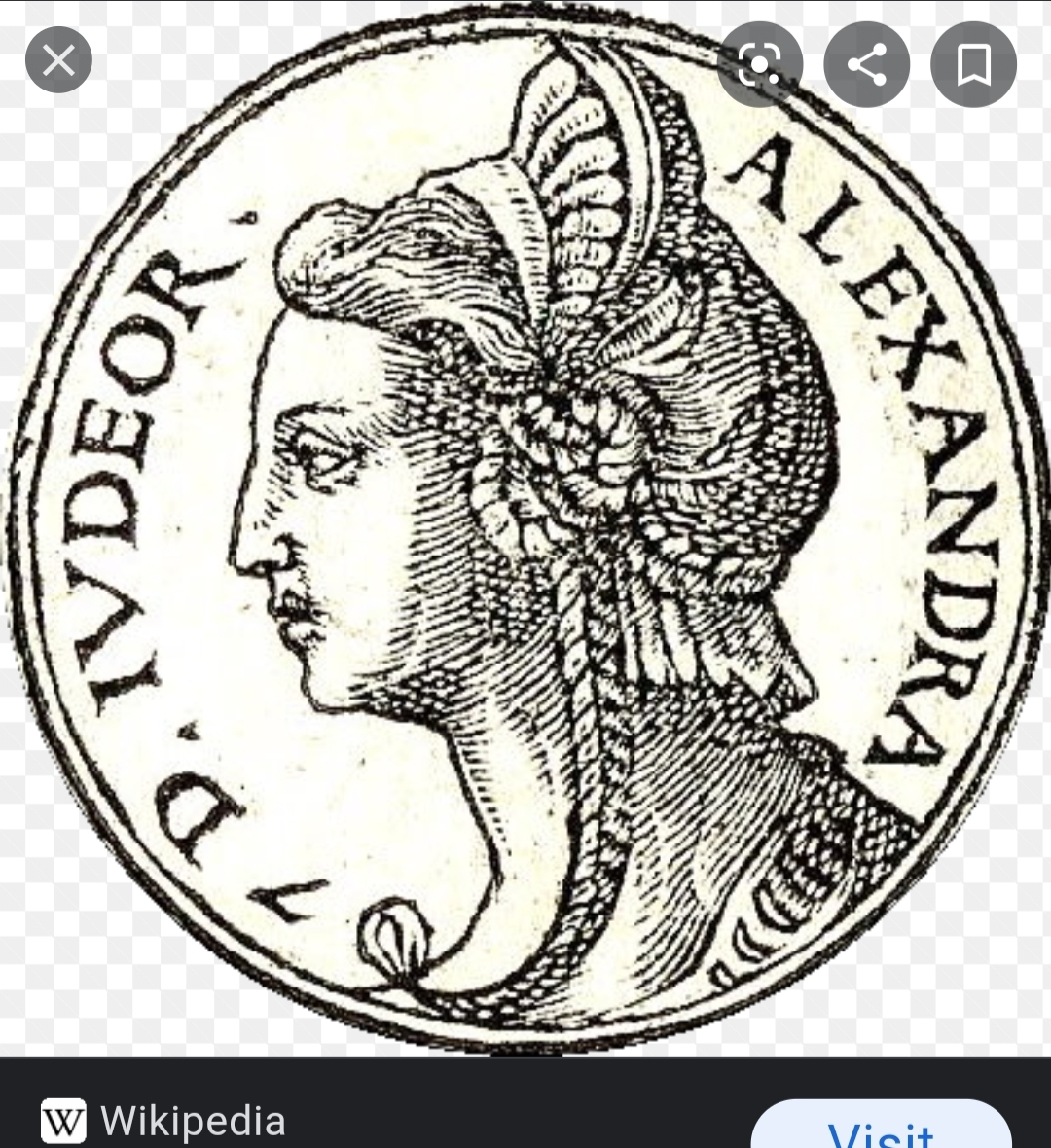 One of Two Women Known to Have Ruled Over Judaea

Alexandra was the most powerful ruler of the Hasmonean Dynasty.

She was married to Alexander Jannai and had two sons. Before her husband died, he willed the secular learning position to his wife and gave the priesthood to his eldest son. The craziest part of this tale is that Alexandra’s accession to the throne was uncontested. No one tried to stop her, not her sons, not the rest of the nobility or court, no one. Alexandra was allowed to rule and rule she did.

Alexandra ruled for nine years, in a peaceful and prosperous reign for all involved. Part of her popularity stemmed from her support of the Pharisees, whom her husband had alienated during his own rule. She also gave gifts to the ruler of the Armenians in order to hold off an attack from his army.

Sadly, just before she died, her sons began a civil war against one another. Alexandra died soon after and did not live long enough to see her boys destroy the peace she had worked so long to achieve. Even worse, Alexandra’s sons eventually helped collapse the Jewish state entirely, ushering in the era of Roman rule over the Jewish people.