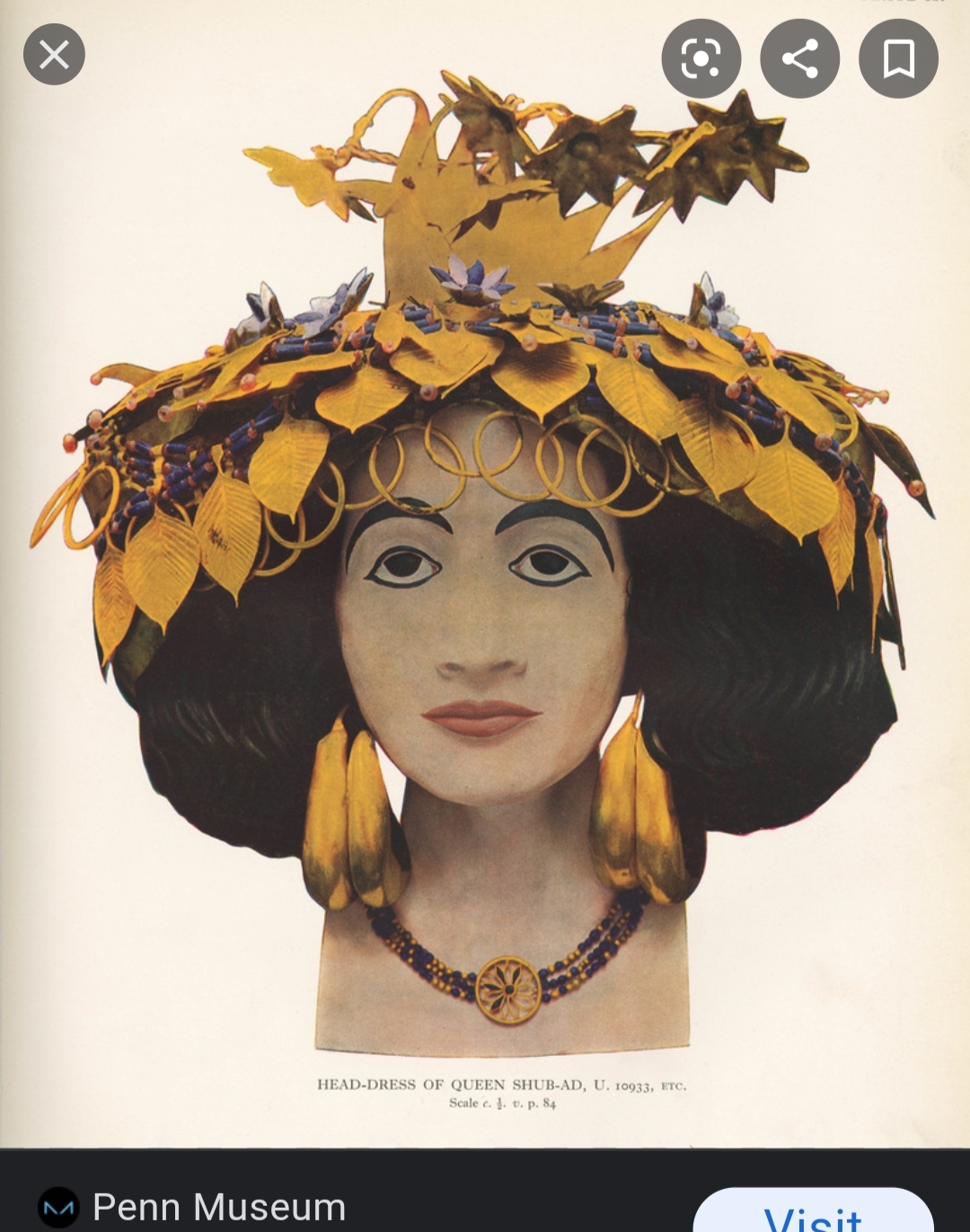 Occupant of One of the Most Preserved Tombs in Mesopotamian History

Her name means “Word of My Father” and her tomb was excavated in the mid 1920’s to mid 1930’s (the exact years are different in various sources). Her grave was one of approximately 1,800 excavated from the ancient royal cemetery.

Puabi’s tomb contained more wealth than any other excavated so far. It contained skeletons of five soldiers and twenty-three hand maidens, all potentially poisoned or bludgeoned to death to serve Puabi in the next life.

Puabi herself was buried in all her jewelry and queenly regalia. Items from the tomb which were recovered included: “ [a] golden comb, her wreaths and diadem, earrings and necklaces, amulets and garters, finger rings, pins and seals, the silver box with black stibium paint for her eyebrows, her golden cockle shells and the golden chalice full of the purple-blue of turquoise for her eyelids, the thirteen yards of golden ribbon wound about her hair, the stiletto, the tweezers, the ear-spoon, [and] the dainty implements of her vanity case,” (Quoted from an article from the Penn Museum, linked below).

Symbols on her tomb identify her as Queen and Priestess but this is disputed. The issue arises from the fact that imagery in her tomb would seem to denote that Puabi was a queen, priestess, or both, but there is no archaeological evidence linking her to any king from Sumerian times, either as her husband or father. Some believe this means that Puabi ruled in her own right, while others insist that instead she was a woman of upper-class society without being an actual ruler of any sort. Unfortunately, we may never know for certain.