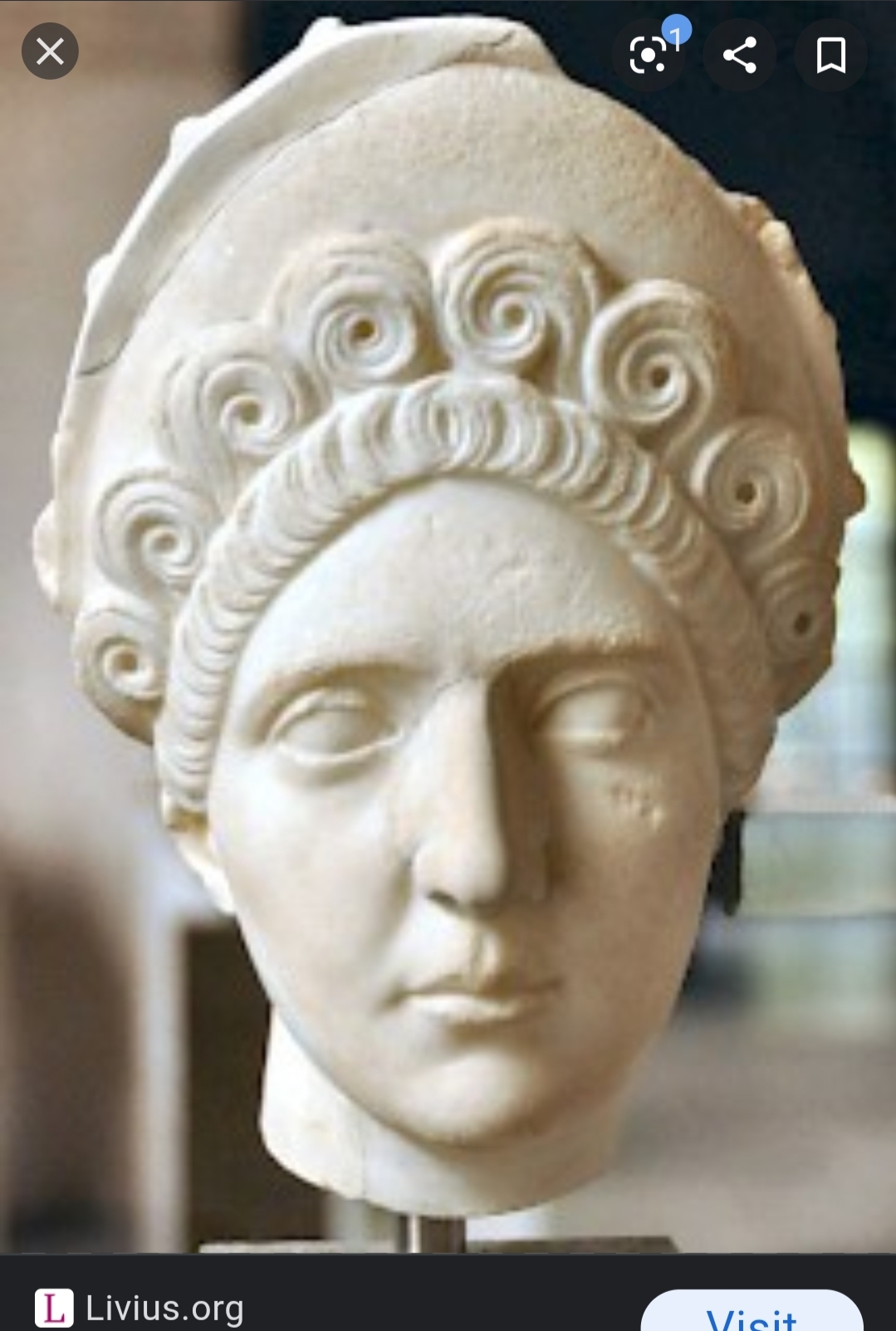 Roman Empress and Wife of Trajan

Pompeia was renowned for interest in philosophy, dignity, virtue, and simplicity. She served as empress from 98 to 117 AD (though it took her a full seven years after his ascension to the throne to accept the title of Empress [Augusta in Latin]).

She was loved by the Roman people for her interest in what was best for them. According to legend, during Trajan’s ascension to the Roman throne, Pompeia turned around while walking up the palace steps in order to address the crowd. Reportedly, Pompeia told the people she always wanted to remain the same woman as she was in that moment, meaning she did not want to become like so many other Empresses before or after her in Roman history.

Pompeia never bore any children of her own, and so on her husband’s death bed, she implored him to adopt Hadrian as his heir. Trajan complied, and Hadrian became the next emperor.

As thanks for helping elevate him to emperor, Hadrian honored his adopted mother by having Pompeia deified after her death.

Coins with Pompeia’s image have survived to present day, as well as fragments of statuary.