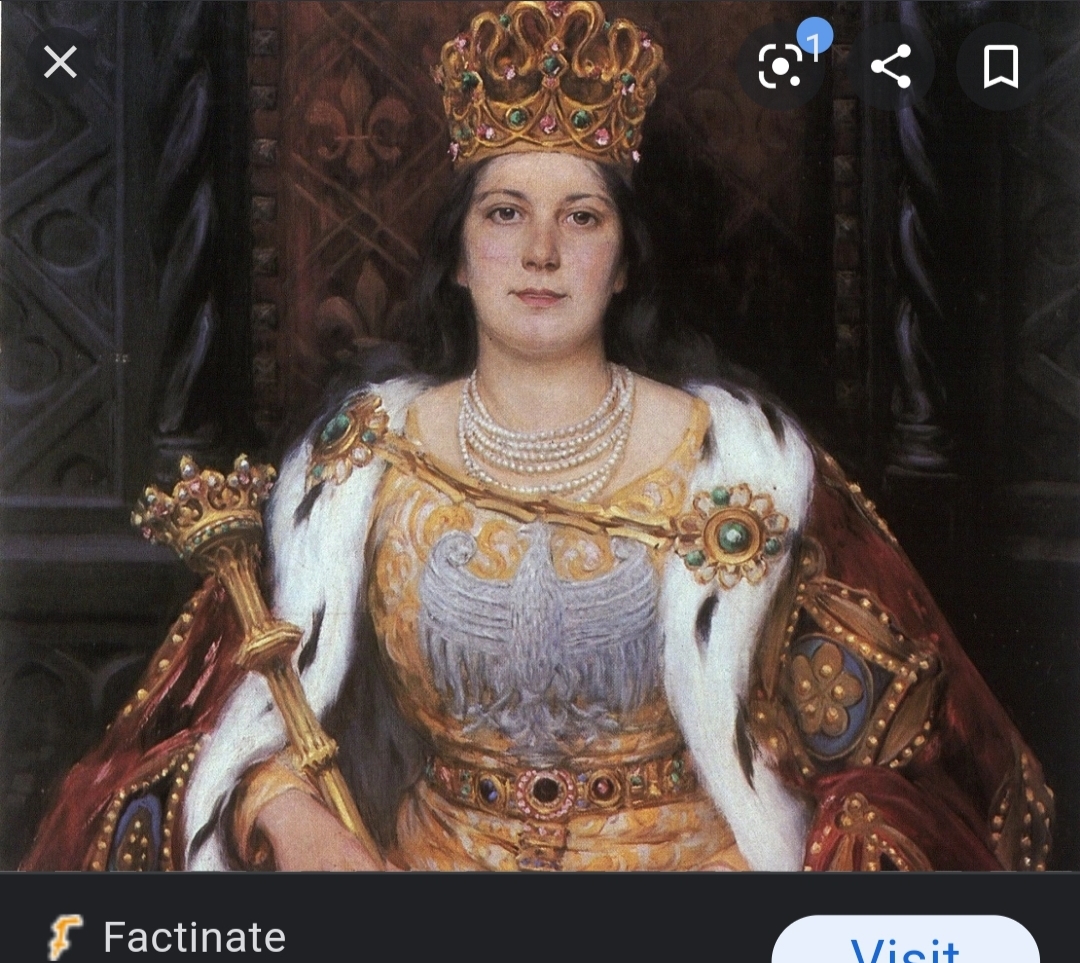 The First Female Monarch of the Kingdom of Poland

Also Known As: Hedwig or Hedvig

Jadwiga’s father was the king of Poland and Hungary. When her father died, Jadwiga’s older sister was elected queen of Hungary, but Poland did not want to remain united with Hungary and split apart by naming Jadwiga their queen instead. At the time, Jadwiga was only nine years old! The Polish people chose Jadwiga to be their queen because they were tired of being ruled by absentee monarchs who ruled from far off lands.

Jadwiga was sent off to Kraków to rule, and though she was still just a small child, she would never see her mother again despite one source stating her mother was originally supposed to serve as regent. Jadwiga was evidently surprisingly mature for her age and was also well educated, apparently fluent in at least six languages.

In October of 1384, Jadwiga was crowned King of Poland. That’s right, KING, not queen, because though she was a child, Jadwiga didn’t have time to play around with a lower title. In actuality, Polish law stated the monarchy had to have a king as ruler, so Jadwiga had to be named King and not Queen Regnant.

As soon as she was crowned, the Polish nobles began plotting who to marry their new child-king off to. Jadwiga wanted to marry a childhood friend, William of Austria, but the nobles had other plans.

Jadwiga’s marriage to the grand duke of Lithuania ensured the centuries-long union between Poland and Lithuania. The union also helped ensure the Christian conversion of the mostly pagan Lithuanians. At the time of the wedding, Jadwiga was around twelve years old and her husband was twenty-six.

Sadly, Jadwiga died from complications of childbirth and left behind no heirs, as her daughter died as well. Before her death, Jadwiga and her husband ruled jointly, but she was definitely the dominant personality in Poland. After Jadwiga’s death, however, her husband was able to seize total control of Poland and Lithuania both.

Jadwiga was canonized by Pope John Paul II in 1997. She is the patron saint of queens.