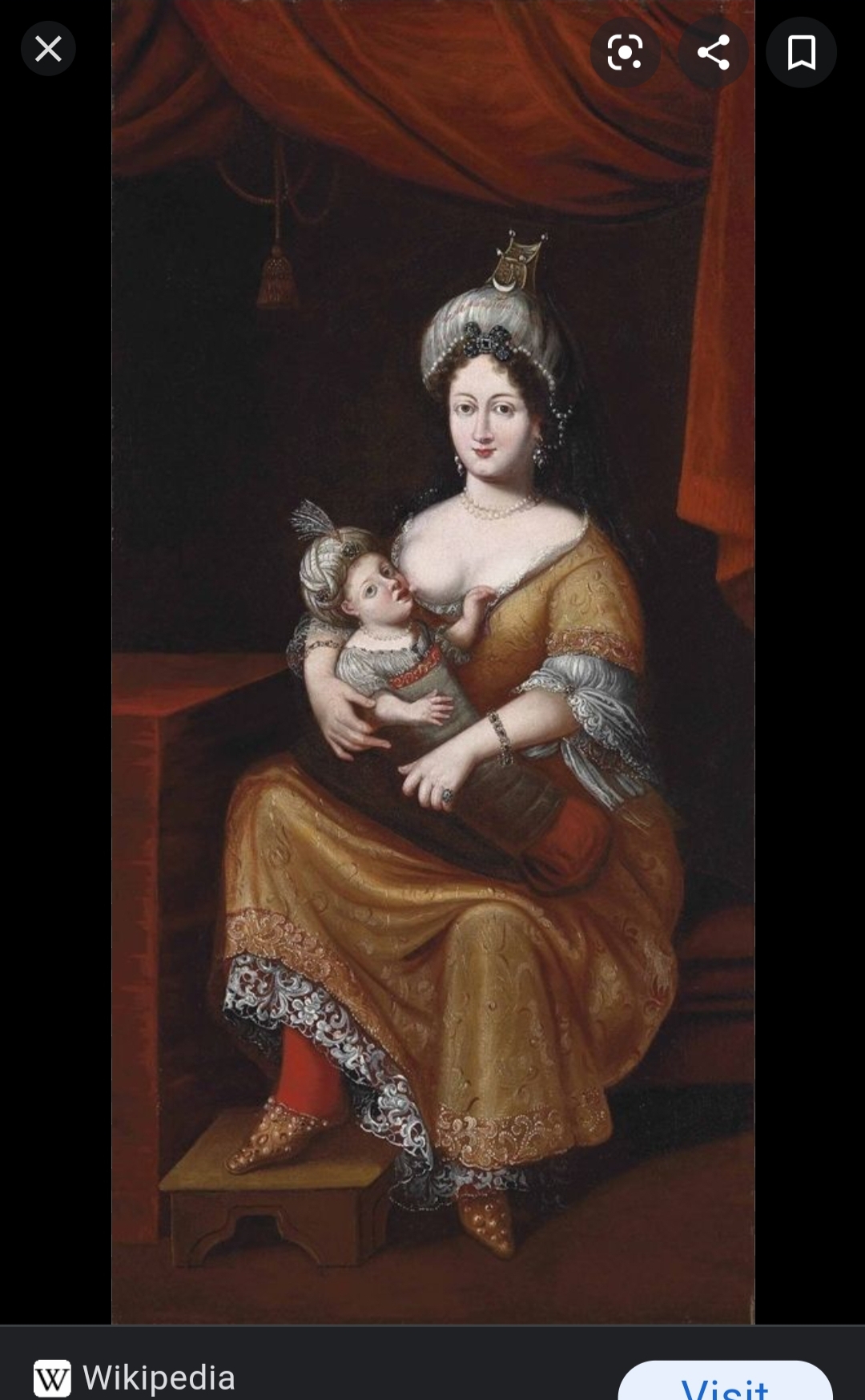 Kösem entered the Ottoman court after being captured and brought to Constantinople from her native lands, and was given to the sultan as a member of his harem; initially as a slave, she quickly rose through the ranks to become the leader of the harem.

While historians are not certain as to what her name was at birth, some have suggested it was Anastasia. After she was brought to the Muslim world and converted to Islam, her name was changed to the Persian Mahpeykar, meaning “Moon Shaped,” while her less formal name, Kösem, was given to her reportedly on account of her hairless and smooth skin (the name could also mean a shepherd leading his herd).

Kösem eventually became the wife of the Sultan Ahmed I and was the mother of seven or eight of his children. She had risen to become head of the harem before the wedding, had given birth to four or five sons (sources differ) and three daughters.

While Kösem had given birth to many of the sultan’s sons, she had not birthed his eldest; another of Ahmed’s concubines had that distinction. In the Ottoman culture, the eldest son did not necessarily inherit the throne. Instead, the sons would battle one another for supremacy and the winner would become the next sultan. As such, Kösem began fighting for her sons from the moment they were born, which meant going head-to-head with whoever stood in her way.

In 1617, Ahmed died following a fourteen-year relationship with Kösem. Kösem herself was still only around twenty-eight herself at the time, but with her husband gone, the protections her family had lived under were now gone as well. Now, Kösem needed to be strong.

Ahmed’s mentally incompetent brother was placed on the throne with the backing of Kösem. Kösem knew that if the brother, Mustafa I, became Sultan, she would be able to wield power through him. Unfortunately, Mustafa was deposed after three months, and eventually Kösem’s stepson became the sultan. In 1622, a revolt led to the death of Ahmed’s other son, and Mustafa I was able to retake the sultanate. The following year, Kösem’s son Murad IV became Sultan, and Kösem was elevated to the position of valide sultan, or “mother of the sultan.”

For the first several years of his reign (sources differ, stating the time was between five and ten years), Murad IV was actually still a minor, meaning Kösem was able to rule as his regent and wield considerable power. Though Kösem had to step down once her son became of age, he was known to occasionally consider his mother’s input in the following years he ruled. However, Murad died in 1640, possibly from excessive alcohol consumption.

After Murad’s death, the throne went to his younger brother İbrahim; Kösem’s only still living son. İbrahim was marked by mismanagement of the empire and outright neglect. Kösem left the palace and lost her influence entirely during this time. In 1648, tired of İbrahim’s failures as a sultan, Kösem and other influential members of the court ousted him from power (with his eventually execution reportedly being signed off on by Kösem herself). İbrahim’s successor was his six or seven-year-old son (again, sources differ), Mehmed IV. Because the child was obviously still a minor, Kösem was once again able to rise up and act as his regent.

Mehmed’s mother, Turhan Hatice, gained the title of valide sultan, but unlike Kösem had a generation before, Turhan did not gain the influence and power her mother-in-law had carried. Instead, Kösem retained the power of regent over her grandson, and was granted a new title as a result: büyük valide or grandmother sultan instead.

Turhan was understandably incensed as she realized her mother-in-law was not about to release her stranglehold on the empire’s power. As a result, Turhan began to build up a rival political base within the palace. Kösem decided she wasn’t about to take that lying down, and started to make moves to depose her grandson in favor of his half-brother. Unlike Mehmed, this half-brother’s mother did not want any political clout, and would pose no threat to Kösem’s authority should her son take the throne.

When Turhan learned Kösem’s plans, she moved first. One night while she was lying in her bed, a group of men from Turhan’s camp entered Kösem’s rooms, strangling her to death. The story goes that the men used either Kösem’s own braids, or maybe even the strings of her bed curtains. Whichever was the case, Kösem’s end was a brutal one. In all, she had lived through the reigns of six sultans and had acted as regent to two of her sons and one of her grandsons. Kösem was also popular throughout the empire, and her death was marked by three deaths of mourning throughout Istanbul. While Turhan was able to gain immense power with Kösem’s death, she also angered the public in so doing. According to History of Royal Women (article linked below): “Kosem was also known for her charity. She built a mosque, financed irrigation works in Egypt, and helped the poor in Mecca.” While Kösem’s legacy is split today, with some historians critiquing her for sticking her nose in where it didn’t belong, others celebrate her as a mother, grandmother, wife, and leader, who genuinely seemed to care for the well-being of her people and took control of her country as a way to keep things running as smoothly and efficiently as possible. Whichever side you choose to see her from, what cannot be denied is that Kösem made her mark on history, and will not be forgotten any time soon.