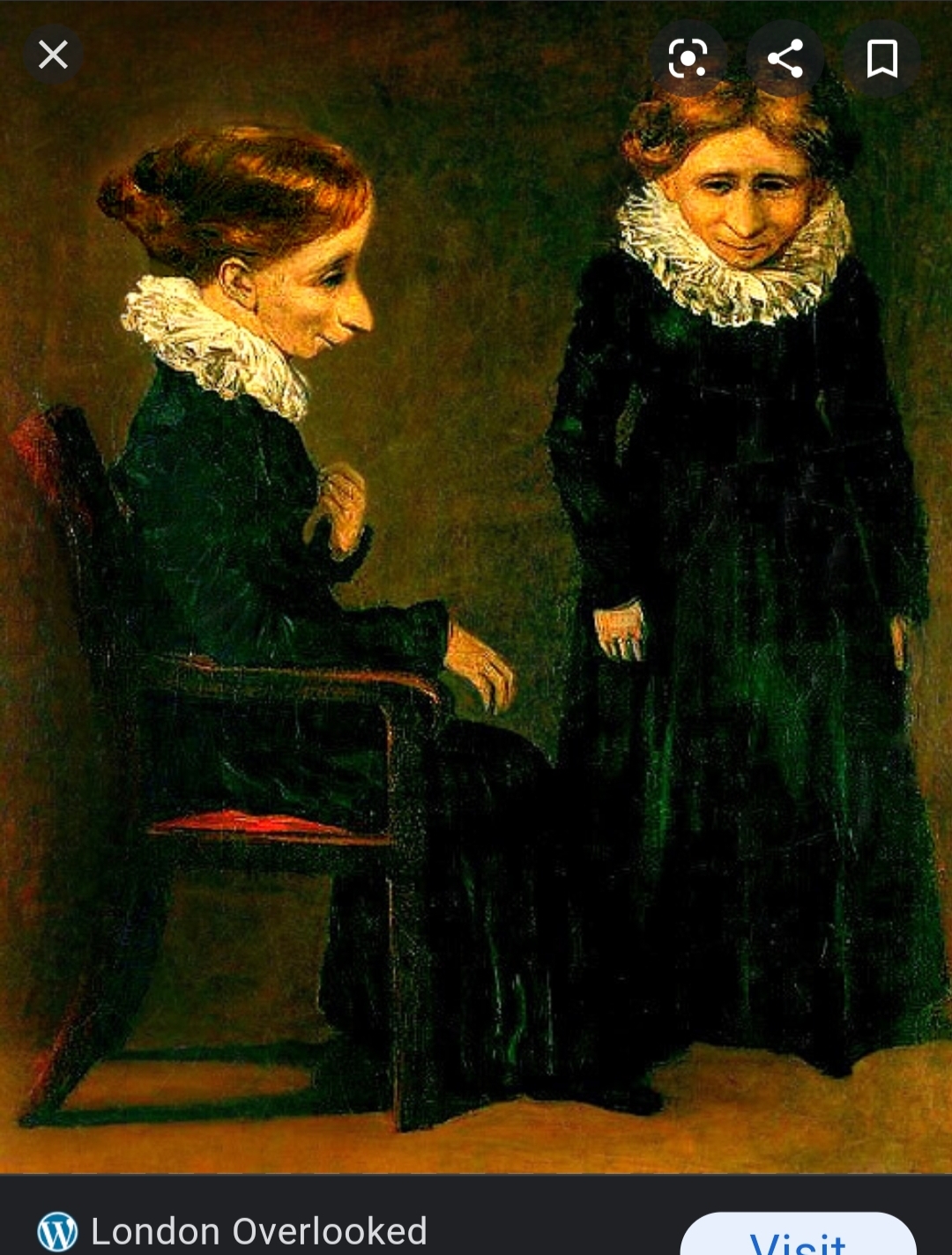 One of the First Well-Known Cases of Dwarfism

In 1824, Caroline arrived in London to be put on display as a human curiosity by a man claiming to be her father. However, the true details of her life story are in extreme doubt today, and very little is known for certain.

What is known is that when Caroline died, she was twenty-two inches tall, between five and six pounds, and the man she was with claimed she was nine years old. One source claims she had been in fragile health her entire life, and after catching a cough died of tuberculosis.

The story gets even sadder, however. Soon after Caroline died, a man arrived in London claiming to be Caroline’s real father. He attempted to put a stop to her already planned autopsy, but he arrived too late. Within four days of Caroline’s death, her body was received by the Royal College of Surgeons in London for examination. Her skeleton remains on public display in the Hunterian Museum there today, alongside the “Irish Giant” Charles Byrne, who stood at over eight feet tall in life and asked for his skeleton to not be put on public display after his death.

According to the London Dead (linked below): Caroline is still on show at the Hunterian Museum along with a death mask, a ‘very unlike’ portrait, her shoes, the clothes she was wearing when she died and a tiny ring. She is now considered to have suffered from Seckel syndrome, a form of microcephalic primordial dwarfism.

*Depending on which source you believe, Caroline’s family was either from Dublin or Sicily. Some sources claim both are true—that her father was ethnically Italian but was living in Ireland by the time Caroline was born. We may never know for certain where Caroline was born, or the other exact details of her life, but we can remember her, and hope for the day when her body is given a proper and dignified burial as she deserves.