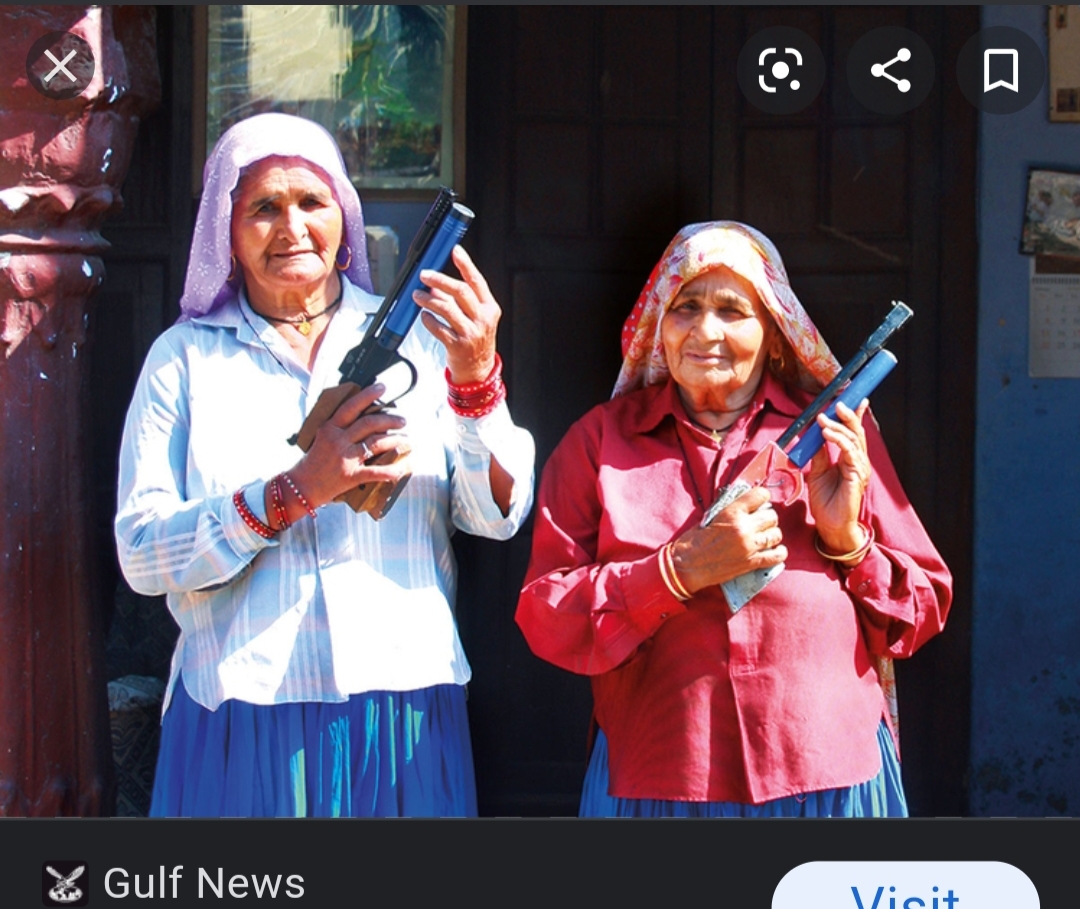 “My husband and his brothers were very angry. They said, ‘What will people think? An old lady of your age going out to shoot guns? You should be looking after your grandchildren.’ I listened to them quietly, but I decided to keep going no matter what.”

Chandro first learned to shoot when one of her granddaughters wanted to learn how.

Chandro first learned to shoot in 1999 when she was in her late sixties, and she won over thirty national competitions in the years after. Before she became a sharpshooter, she spent her days working the family farm and living as a domestic housewife like millions of other women across India. According to the New York Times, she married when she was fifteen and never attended school.

At the time, Chandro’s husband and other male family members were not at all happy with her decision to learn to shoot. She hid the news as long as she could, but after a local paper published her story, Chandro’s husband berated her. Chandro decided to ignore his mean words and kept competing anyway.

Her husband and his brothers never approved of Chandro’s competing. But instead of trying to stop her, they decided instead to simply ignore her work and move on with life. Chandro said that was fine by her. Along with her competing, Chandro also mentored hundreds of young women in India who wanted to learn to shoot as well. Chandro became a force and advocate for women’s equality in India in the years after she began shooting, and was fondly remembered throughout her country.

Her family opened an indoor shooting range in her honor soon after her death. A Bollywood movie was created after being inspired by her life story.

Chandro’s niece was the first Indian woman to win at the Rifle and Pistol World Cup in 2010. One of her granddaughters is also a champion shooter.