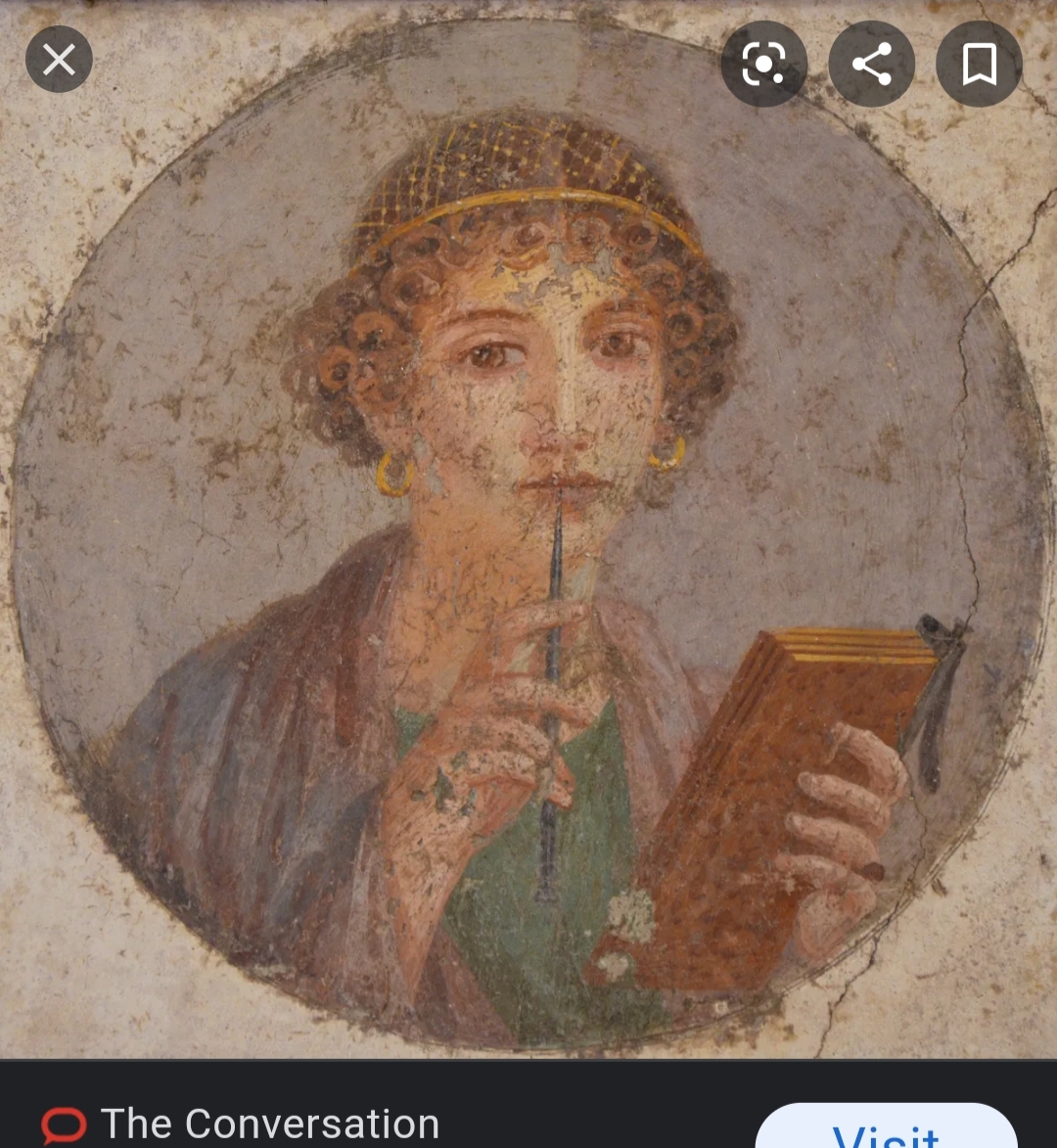 (Please note no contemporary image of Sappho survives today, this is simply an artist's interpretation of what she may have looked like)

You will often hear Sappho’s name in the same breath as, “And that’s why women who like other women are called Lesbians”, however, the actual documented proof of this rumor is—well it’s just that, a rumor.

What is known about Sappho’s life for certain is actually very little. She lived so many centuries ago; compound that with the fact that she was from Ancient Greece, of all places, which was never known for being pro-women’s rights by any means, and what we do “know” about Sappho is mostly conjecture or rumor.

Sappho might have married and she might have had a daughter. She ran an academy for unmarried young women in the city Mytilene on Lesbos; and she was obviously a poet. Her family was upper class and she was known to have several brothers. Sappho’s school was dedicated to the cults of Eros and Aphrodite both, and one rumor states that Sappho committed suicide after being spurned by a sailor, while others say she lived to a ripe old age.

Other than that, though? The details are very slim and vary greatly.

Only one of her poems survives completely intact, while others are found in scraps. According to Poets.com: “The history of her poems is as speculative as that of her biography. She was known in antiquity as a great poet: Plato called her "the tenth Muse" and her likeness appeared on coins. It is unclear whether she invented or simply refined the meter of her day, but today it is known as "Sapphic" meter. Her poems were first collected into nine volumes around the third century B.C., but her work was lost almost entirely for many years. Merely one twenty-eight-line poem of hers has survived intact, and she was known principally through quotations found in the works of other authors until the nineteenth century. In 1898 scholars unearthed papyri that contained fragments of her poems. In 1914 in Egypt, archeologists discovered papier-mâché coffins made from scraps of paper that contained more verse fragments attributed to Sappho.”

Today, only around two hundred and fifty such scraps of Sappho’s work survive. Of those, only around seventy contain a complete line, while some are literally a single word. There is no other poet in history who holds such a famous place in history and yet has so little of her work survive.

Harkening back to the earlier rumor; historians cannot definitively prove one way or another if Sappho was a lesbian, bisexual, or straight, but a Catholic Pope did have her work burned in 1073 because of these rumors.

The first known basis for the rumor stems from three hundred years after Sappho’s death. Several writers from that time decided to parody Sappho’s life, claiming she was overtly promiscuous and, surprise surprise, a lesbian! Supposedly this claim is where the term Lesbian originally comes from, the island of Lesbos helped coin the term, but the proof that Sappho herself was one…well it just doesn’t exist at this time. The other issue with this rumor is the fact that the original translation of lesbian (according to The New Yorker in any case), doesn’t mean what the word means today. Evidently to the Ancient Greeks, lesbian meant women who enjoyed, ehem, doing something to a man that involved the woman’s mouth and the man’s parts. I’m trying to keep this as PG as I can people, you can fill in the rest!