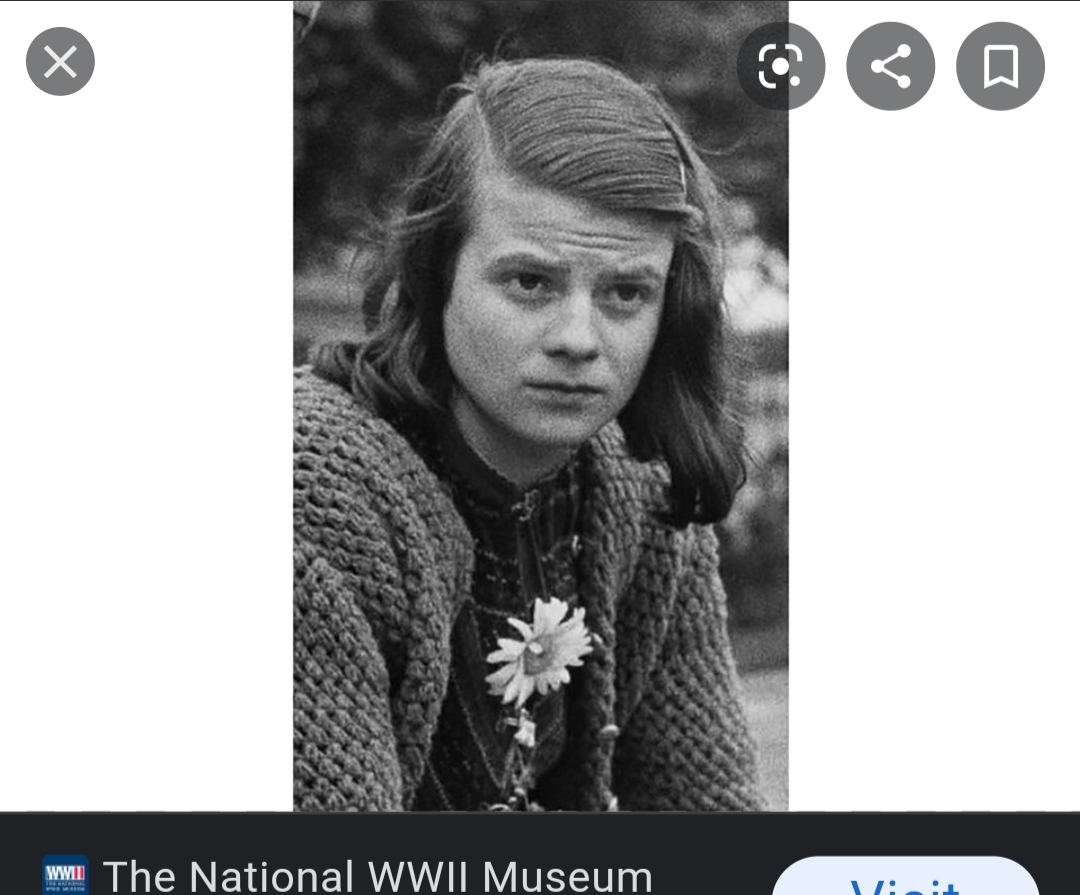 “I am, now as before, of the opinion that I did the best that I could do for my nation. I therefore do not regret my conduct and will bear the consequences that result from my conduct.”

Activist and Member of the White Rose Resistance Group

The White Rose was a non-violent Anti-Nazi organization, organized and centered around the University of Munich.

Sophie was the fourth of six children in her family. As a child, Sophie watched as her father served as mayor of her hometown, and later as a tax consultant and auditor for the state. When she was a young teenager, the Nazis first rose to power, and Sophie, like most children and young adults in Germany, was excited by the prospect. She joined the League of German Girls and began to rise in the organization almost immediately. Sophie’s father however, was not pleased with his children’s involvement in Nazi youth organizations, and he wasn’t afraid to tell them so.

Sophie and her brother Hans were also interested in other activities, including nature organizations. They first began to see a disconnect with the Nazi regime after these other groups were banned in 1936. The following year, Sophie’s brother Hans and several other siblings were arrested after the government learned they had continued to participate in now banned organizations. Sophie’s distaste for the Nazis continued to grow, and when war was declared in 1939, several of her older brothers were sent off to fight.

In 1940, Sophie graduated high school and began training to become a kindergarten teacher. She wanted to study both biology and philosophy someday. In 1941, Sophie was informed she would have to work in the RAD or National Labor Service. She had hoped her training to be a teacher could be substituted for labor service, but this request was denied. Sophie was supremely unhappy in the RAD, both with the monotony of her life and with the fact her boyfriend was now fighting on the front lines as well. She spent six months with the RAD as a nursery teacher.

In May of 1942, Sophie was able to move to Munich to begin studying philosophy at the University. By then, her brother Hans was also attending classes there as a medical student. Hans and several friends had already started planning ways to thwart the Nazis, and Sophie was eager to join in. Hans and his friends had served on the Eastern front and had seen war crimes against Russians, Poles, and others committed before their own eyes, and they weren’t about to stand aside and let it continue.

In June that same year, 1942, Hans and his friends began writing and distributing leaflets with information about the Nazis and their horrific crimes. Four more leaflets were written by the fall semester. At first Sophie had simply read them and agreed with what the letter writers were saying, but once she learned the group was led by her brother, Sophie demanded to join. She did not help author the leaflets, but she did help ensure the maximum number of people possible read them.

The group was made up of several students as well as one professor at the University. At first, they distributed the leaflets through the mail, handwriting the addresses on each envelope. Eventually, their network spread all across Germany and even into Vienna.

By January 1943, The White Rose was hopeful that change was coming to Germany. The Nazis had been defeated at the fierce battle for Stalingrad and morale was faltering across the country. Members of the group became emboldened to pass leaflets out in person, and even graffitied lines like “Down with Hitler” on walls around the city of Munich. On the eighteenth of February, Sophie, Hans, and other members of the group distributed their sixth and final leaflet across campus. Sadly, Sophie was seen pushing a large stack of copies of the leaflet off a stair railing to spread them around further. A janitor spotted her and immediately reported Sophie and her brother.

Sophie and Hans were arrested, and soon after a third member named Christoph was also arrested after Nazis found the draft for the seventh leaflet in Hans’s bag. Though the three initially arrested would take credit for all of the activities pertaining to the White Rose, three others were also eventually arrested, and all six were executed after facing sham trials by the so-called “People’s Court.”

After Sophie, Hans, and Christoph were found guilty in a joint trial, they were brought to a prison to await their execution in a few hours. Hans and Sophie’s parents were allowed a final visit with their children, however, according to the Jewish Virtual Library, nobody came to visit Christoph. According to the JVL, Christoph’s wife was in hospital, having just given birth to their third child, and no one in his family even knew he was on trial, much less facing certain death. Hans was twenty-four, Sophie twenty-one, and Christoph twenty-two.

After their deaths, the sixth leaflet was smuggled out of Germany to England where it was quickly copied. Over the summer of 1943 many copies were air dropped over Germany. The New York Times and BBC covered the actions of the White Rose in Munich, and their story spread. Today, Sophie, Hans, and the other members of the White Rose are memorialized and remembered for the heroes that they truly were.