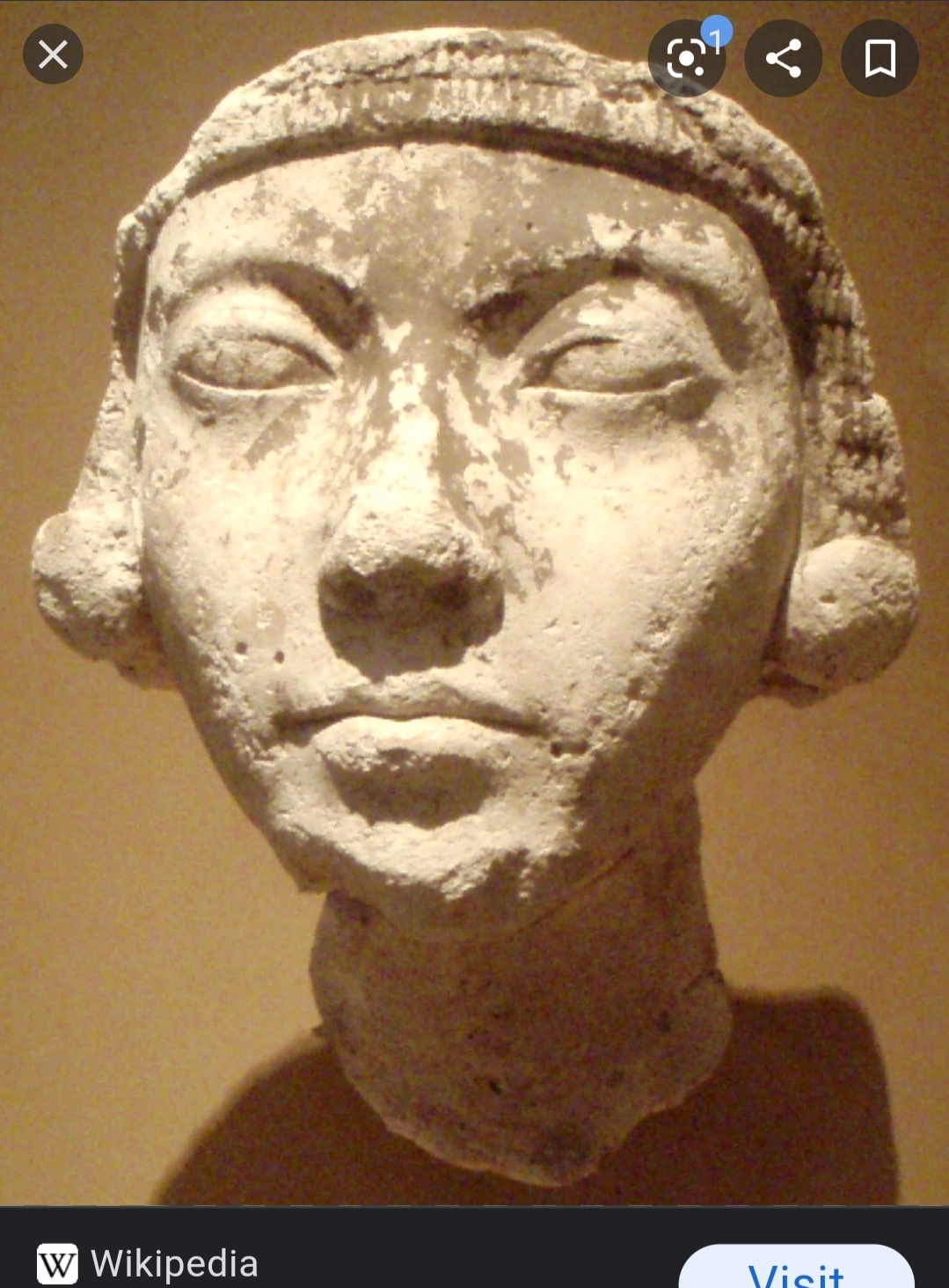 Very little is known about Kiya, especially in contrast with Akhenaten’s much more famous and principal wife Nefertiti.

Some scholars believe Kiya was from the Mitanni civilization, located in present-day Syria and Turkey, based on a known Mitanni wife of Akhenaten (Tadukhipa), who may have shortened her name upon arriving in Egypt to simply Kiya. However, this theory is just that, a theory, and is not a definitive historical fact.

Kiya’s official title was “The Great Beloved Wife.” Many believe this also proves she was not a Native Egyptian, or at the very least not related to the royal family. The majority of royal women received titles like “King’s Wife” “King’s Daughter” “King’s Mother” and so on, depending on how they were related to the king. Kiya, in contrast, was titled “The Great Beloved Wife” and also “The Favorite”, neither of which show any indication she was of Egyptian royal blood.

In some reliefs she is shown with a young girl, making many believe she had a daughter (and possibly two sons), but all of this is circumstantial. Some historians believe Kiya died in childbirth, because another relief in Amarna shows the death of a royal woman, while a nurse carries a newborn child away. However, this also has not been proven to have anything to do with Kiya.

Compounding the mysteries behind Kiya was the fact that many of her grave goods were repurposed for other members of the royal family. For example, Kiya’s coffin was used for the Princess Meritaten instead, while a secondary sarcophagus may have been repurposed for the Pharaoh himself.

According to Ancient Origins, the pieces of archaeological evidence from Kiya’s life that do survive are a jumbled mess of pieces or fragments of various items. Some images of carved reliefs survive as well; though most have been changed to represent the princess Meritaten instead of Kiya (which only adds more mystery to the already confusing story). One of the most important finds for Egyptologists was a set of four Canopic Jars. Canopic Jars were used by ancient embalmers to hold four organs after they were removed from a mummy. This particular set of jars has been split up; three remain in Cairo while a fourth resides at the Metropolitan Museum of Art in New York City. The lids of the jars have all been sculpted to show a woman’s face. Some believe the faces are of Nefertiti, while others have cited one of the six daughters shared by Nefertiti and Akhenaten. More still liken the image to that of Kiya herself, which would make one believe the jars belonged to her.

Kiya disappears from all historical records around the twelfth or thirteenth year of Akhenaten’s reign. Some believe Kiya died around this time, while others believe she was disgraced, and therefore her smashed artifacts, repurposed grave goods, and reimagined carvings all prove she lost her place within the court. However, none of this can be definitively proven (yet).

Recently, more research was done on two Egyptian mummies discovered lying in a tomb together. One, originally hailed “The Elder Lady”, is believed to be the powerful Queen Tiye. The woman beside her, deemed “The Younger Lady”, is believed by some to be Kiya. If the Younger Lady is in fact Kiya, that would mean Kiya is most likely Tutankhamun’s mother—but if this is true, then Kiya would not actually be from Mitanni at all. DNA analysis on The Younger Lady as well as the mummy believed to be the Pharaoh Akhenaten prove they are at the very least half-siblings. Meaning if Kiya is the Younger Lady, then she is also ethnically Egyptian.

I want to note however that the majority of Egyptologists do not believe Kiya and the Younger Lady are the same woman. Because so much of the circumstantial evidence seems to indicate Kiya was not Egyptian, and not Tutankhamun’s mother (she was never referred to as “King’s Mother” or in any way indicated to have given birth to the heir to the throne), I also personally believe Kiya and the Younger Lady are not the same woman. However, that is my opinion and at this point, neither theory can be proved. I just wanted to be clear on where I personally stand on the situation.

This probably all sounds very confusing if you aren’t interested in Egyptology or the genealogical studies of the Amarna Period. For that I’m sorry, but there isn’t really an easier way to sum it up nicely other than to say doing more research yourself might help.

Anyway, back to Kiya. Some historians and researchers believe Kiya and the Younger Lady are one and the same, but a great many others do not. If they are the same, then Kiya’s death was a violent one. The Younger Lady was a murder victim according to researchers.

The majority of Kiya’s grave goods were located in a grave called KV55, located in the Valley of the Kings. However, the grave was not adorned or decorated in any way to indicate it was her initial burial ground, and her mummy has not been (definitively) located today. Some historians believe her body was destroyed in antiquity, while others still hope the day when her tomb is uncovered somewhere. It could be in the Valley of the Kings or it could be somewhere near the burial ground at Amarna. Or who knows, Kiya’s final resting place may be somewhere else entirely.