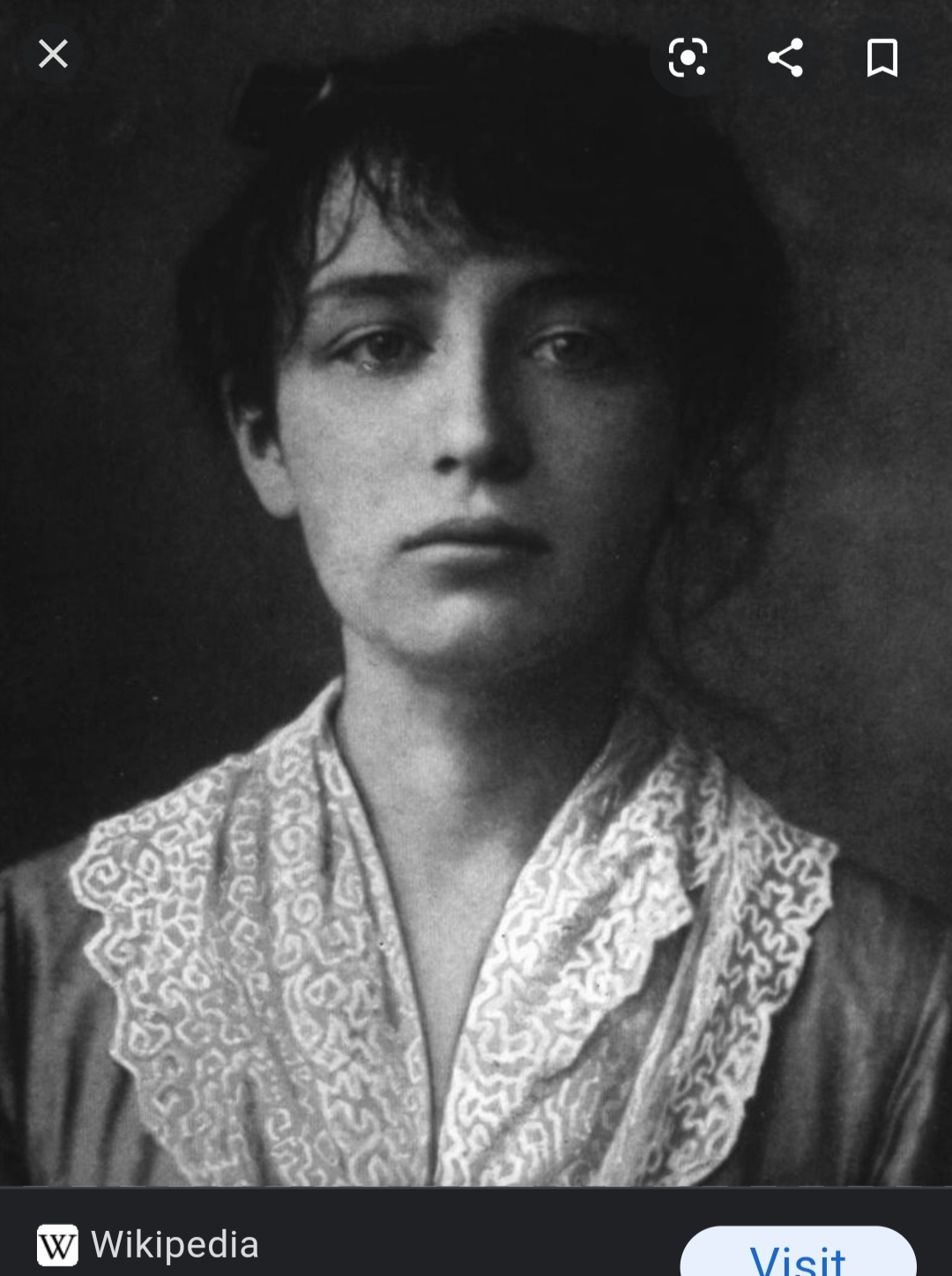 "I am reproached (what a terrible crime!) to have lived alone, spending my life with cats, to have felt persecuted! It is based on accusations that I have been imprisoned for five years and a half like a criminal, deprived of freedom, deprived of food, fire and the most basic essentials."

(Letter Camille wrote to her former doctor a few years after being imprisoned).

Sculptress and Graphic Artist Who Died in Relative Obscurity

Camille’s family supported her love for the arts, and she attended school at the Académie Colarossi. The school was one of the few in Paris that would admit female students, and even more controversially, also allowed female students to study the nude human figure in order to better learn anatomy for sculpture. Eventually, Camille rented an apartment with other sculptresses and began to work under the sculptor Alfred Boucher. When Alfred moved to Italy, he set the girls up under his friend and fellow sculptor, Auguste Rodin.

Camille had a relationship (and affair) with her mentor, the famed sculptor Auguste Rodin, for ten years (1882-1892). At the time they began working together, Auguste was forty-three and Camille was eighteen or nineteen. Camille and Auguste’s relationship was far from perfect, and it seems Auguste was much more in love with Camille than she was with him (even though he continued to see another woman throughout the early years of their relationship). After deciding she needed a break from him for a while, Camille returned to France and managed to get Auguste to sign a contract in which he stated he would be completely faithful to her and take her on as his one and only pupil. He kept neither of these promises.

Camille sculpted the hands and feet for some of Auguste’s works (alongside other influences as well). At the same time, she worked on her own commissions and helped other artists as well. Camille and Auguste’s works are so similar at times that it is hard to differentiate who created what. In 1886, one of Camille’s sculptures won a Salon prize.

By the early 1890’s, Auguste began to see the cracks in Camille that would not fully come out for another decade. Camille was enraged that Auguste had begun to see another woman while still with her, and evidently Auguste was scared off enough he began avoiding Camille whenever possible. Soon after, Camille cut off their personal relationship entirely and ended the projects they had worked on together. From there on out, Camille would work on her own. Sadly, this meant the scale and scope of her works suffered as she lost the financial backing and assistance she had from being associated with Auguste’s studio, but Camille was so angry with him she didn’t care. Camille was so upset with her former lover that she began to refer to him as “The Ferret” in her letters.

Despite losing out on her main financial backing, Camille’s work actually flourished during this period. She was inspired by Art Nouveau and Japanese prints, and her sculptures from this time are considered her most unique and influential of her entire career. Despite receiving financial backing from another organization beginning in 1897, Camille’s finances were still in a frightful state. By 1904, Auguste paid her rent and was searching for commissions for her.

In 1905, Camille started to show signs of mental instability. As previously mentioned, the cracks in Camille’s personality had already begun to show, and were described by the Museum of Rodin thusly: “From the outset, those close to Camille, including her brother the poet and writer Paul Claudel, witnessed her fiery temperament, her tendency to dominate, her caustic wit and, later, the terrifying violence of her strange, eccentric and provocative character, as well as her legendary, savage gift for mockery.”

That same year, 1905, Camille would hold her last public display of her sculptures. Being hit with periods of sharp rage, Camille would destroy her own works on several occasions. Camille also lost her financial backing that year after getting into an argument with her backer. She spent the next eight years holed up in her studio, speaking to visitors through cracks in the door and installing traps to stop anyone from getting in to see her. Camille was now close to fifty, had never married or had children, and was slowly being consumed by her own mental distress.

In 1912, Camille was hit with another attack, and destroyed most of the work she still had in her studio. Then her father, her last true supporter in her family, died. Camille was not immediately made aware of his passing. In 1913, she was sent to an insane asylum on her remaining family’s urging, where she spent the last thirty years of her life. She never sculpted again.

Auguste refused to forget her however and continued to send her money for the rest of his own life. He was one of many who believed Camille did not belong in an asylum, but according to others, her family simply wanted her kept out of the way and out of their hair.

Today, the largest collection of Camille’s works are housed in the Museum of Rodin, a museum that houses the collection of Auguste’s works he donated to the French government on his death. Camille's brother Paul donated some of his sister's works to the museum in 1952.