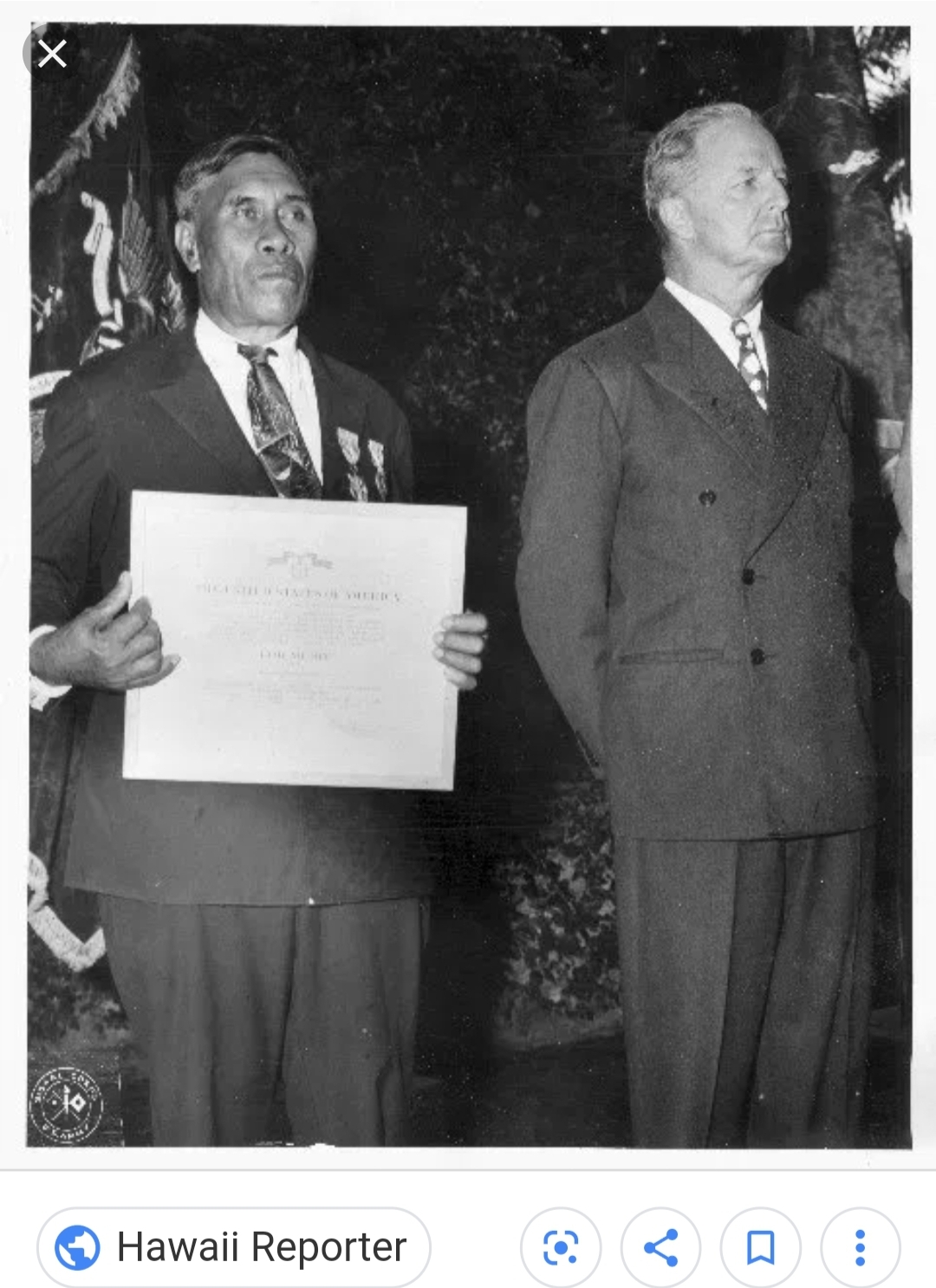 A downed Japanese Airmen crashed on the small Hawaiian Island of Ni’ihau & Turned a Native Japanese Couple to his side. More details below.

The island of Ni’ihau is tiny, with only 136 people living on it at the time of the incident. Of those 136, three had Japanese Heritage, and all became involved.

Ni’ihau is remote and was nearly inaccessible, with the man who owned the island rarely granting permission for anyone to land there. He himself lived off the island, and only visited Ni’ihau once a week.

When the Japanese airman crash landed on Ni’ihau, he’d been falsely informed by the Japanese military that the island was uninhabited and would be a safe place to await rescue by a submarine.

The Japanese airman was quickly relieved of his pistol by the native Hawaiians, but they didn’t treat him as a threat (they had no idea he’d crashed on their island after fighting in the second wave of the attack on Pearl Harbor). Because they could not understand him, the Hawaiians called for one of their fellow islanders who did speak Japanese.

The first translator left without explaining what the pilot had said, but the other two (who were a married couple) informed their fellow islanders of what had transpired at Pearl Harbor.

The Japanese couple who could translate the pilot’s words convinced the rest of the island that they should keep him in their house. This was agreed, albeit with five guards posted outside of their house.

However, the number of guards soon dropped. On the night of the incident, three of the four supposed to be there failed to appear. The fourth guard was quickly overpowered by the pilot and the couple that was supposed to be guarding him. They locked the guard in a warehouse and picked up weapons on the way.

The rest of the islanders panicked and took refuge wherever they could.

The pilot was attempting to retrieve the top secret intelligence reports that had been taken from him when he first landed on the island. In an attempt to track them down, he set the house on fire of the man who’d been holding the papers, and his own plane.

The next day, the pilot and his co-conspirator took Benehakaka, otherwise called Ben, and his wife captive. They ordered Ben to track down Kaleohano, the man they believed had the papers, and incentivized him by keeping his wife.

After a brief search (Ben knew Kaleohano had already left the island to get help but had to pretend otherwise) Ben and his wife attempted to overpower their captors. Ben was shot three times, in the leg, groin, and stomach.

Instead of taking it lying down, Ben literally grabbed the pilot and threw him into a stone wall. Ben’s wife Ella bashed his head in with a rock and then Ben finished him off by slitting his throat.

Ben would later receive the Purple Heart and Medal for Merit for his actions (His wife Ella went unawarded).

In 2017, news broke that an upcoming film (at the time called Ni’ihau) was set to record the events of the Ni’ihau incident—only a white actor had been cast for Ben’s role. Obviously, the internet was not pleased or amused by this news.

Ultimately, the role was recast, and the name of the film was changed. The movie was released in April of 2019 and is called Enemy Within; the role of Ben was played by an actor with Tongan and Samoan ancestry.

Now, having watched the trailer myself (I’d never heard of the movie before researching this) it doesn’t look extremely accurate, and does look a little cheesy, but you know maybe if I actually watch it it’ll be better. In any case, I’ve linked the trailer here in this article.