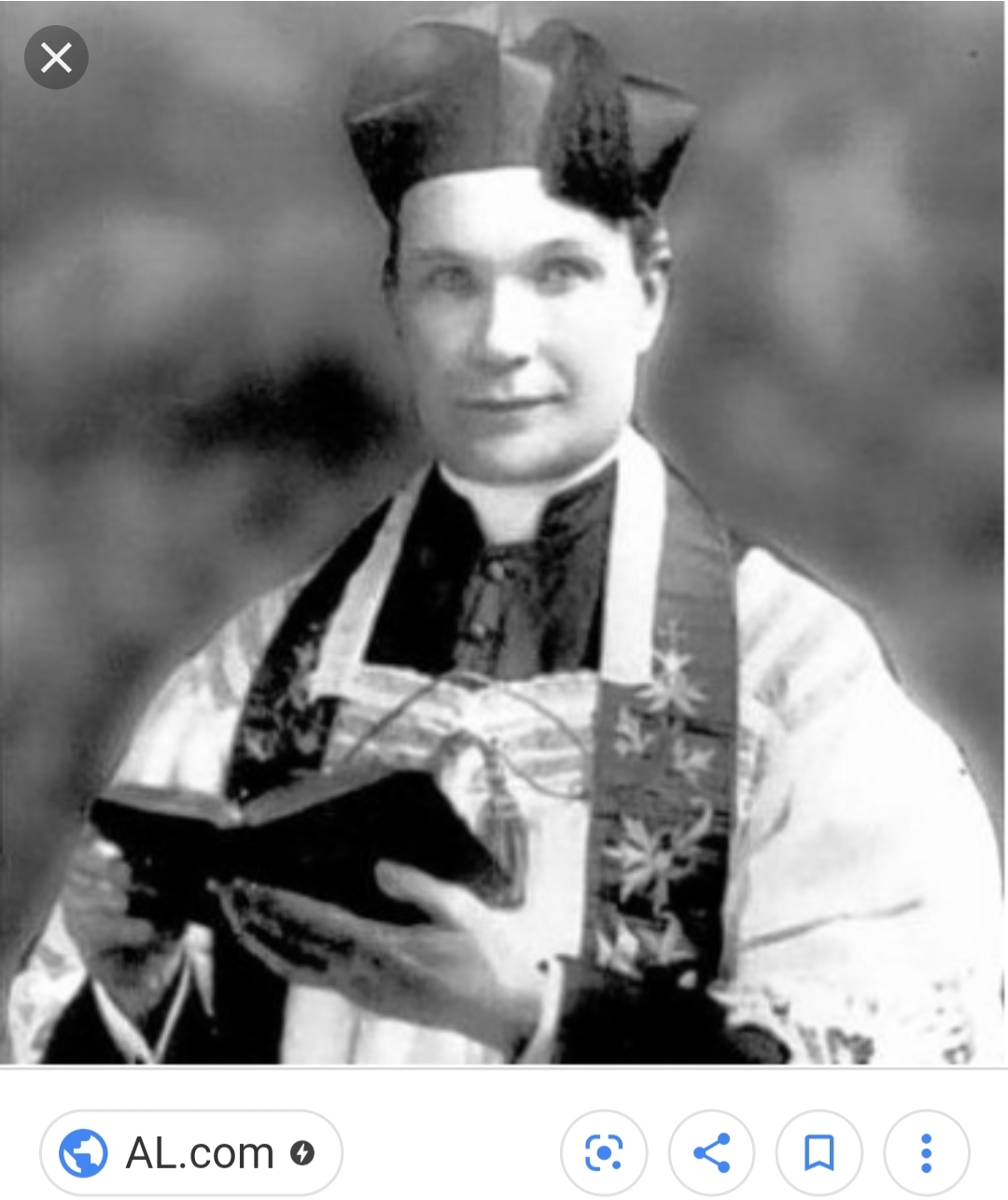 The marriage was between a white girl and a Puerto Rican man, and the murderer was the white woman’s father. She married the Puerto Rican man who used to work at her father’s house.

Father Coyle was ordained as a priest at the age of twenty-three in 1896. That same year he left Ireland with a fellow priest and arrived in Mobile, Alabama. Father Coyle became the rector of a boy’s school soon after.

In 1904, he became the priest of the Cathedral of Saint Paul in Birmingham. His congregation quickly grew to love and respect him.

Father Coyle was shot in the head and killed on the porch of the rectory by a Methodist minister, who, as stated above, was the father of a girl who married a Puerto Rican man. The murderer was also a member of the KKK, lovely.

The Klan then paid for the murderer’s defense, and four out of his five lawyers were members of the Klan (and one of those five was also a future Supreme Court Justice). Those same lawyers also placed Klansmen on the jury, and so the murderer was unsurprisingly acquitted.

After the trial, Catholics were persecuted by members of the Klan for years afterward, and race relations got even worse.

If you don’t think the murderer was a horrible man already, listen to this. According to Irish Central, his daughter that married the Puerto Rican man had actually run away from home the year before to escape his abusive behavior and because she wanted to be able to practice Catholicism freely. Her father reported that she’d been kidnapped by Catholics, and once she was brought home (she was eighteen at that time) he beat her with leather straps and her mother stuffed her mouth with a rag to stifle her screams.

According to Alabama law, Ruth would have been emancipated from her parents when she turned 21, however she didn’t want to wait that long. So, the next year she married the Puerto Rican (who was twenty-four years older than her!) and Father Coyle was dead less than three hours after finishing the ceremony.

The entire situation was and still is a tragedy.