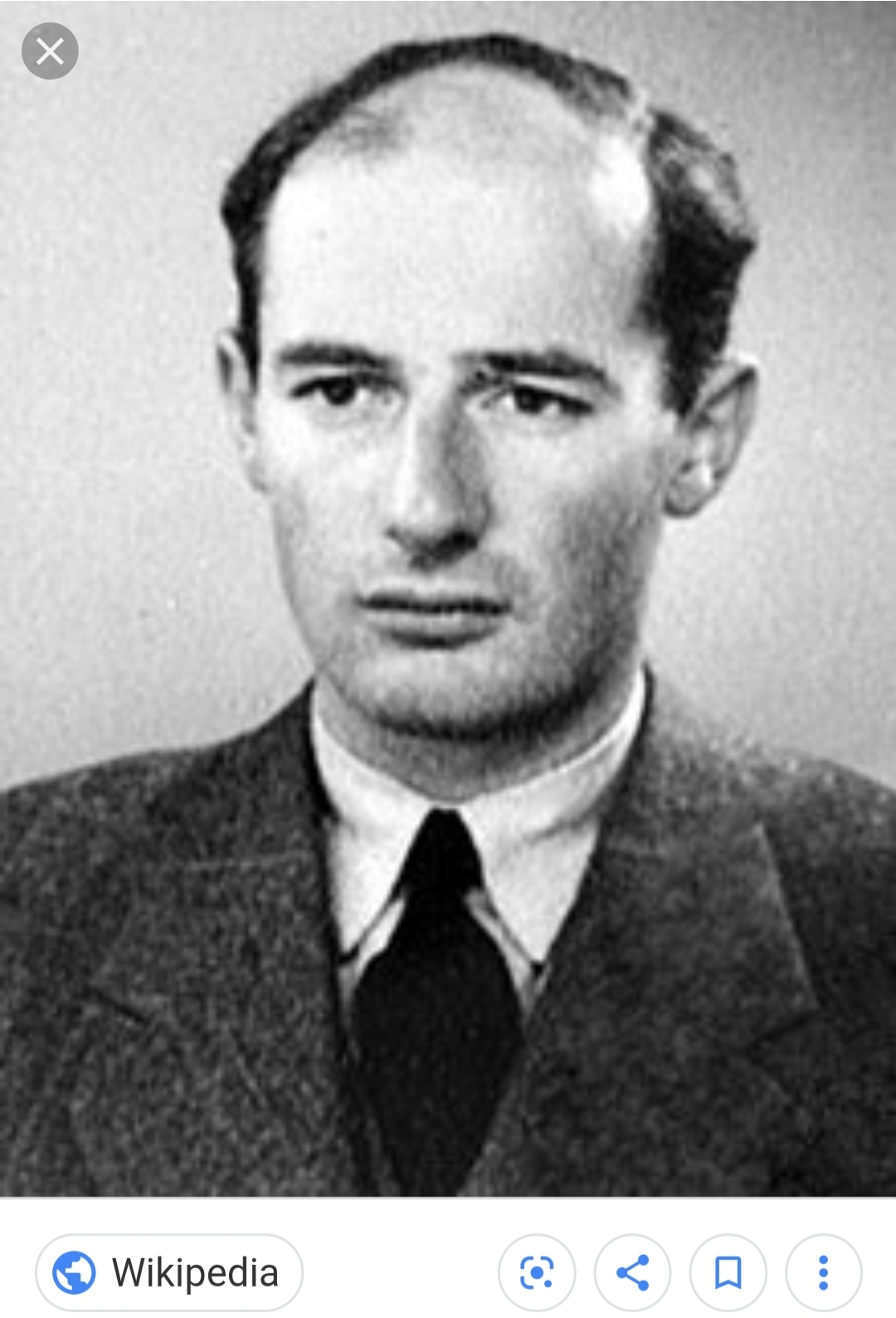 He is credited with saving somewhere in the ballpark of 100,000 Hungarian Jews in six months.

During the second half of World War II Raoul was working as a diplomat for his native Sweden in Budapest, Hungary. He was specifically sent there to protect the remaining 200,000 Jews left in Budapest. Raoul was creative in how he saved lives. He issued passports and other forms of documentation, he created the International Ghetto of protected houses, and of course he saved people already condemned to death marches, forced labor camps, and prisoner transport trains. Sometimes he would even jump on top of the trains or run alongside them to hand out protective passes to Jews on the trains. He would then demand everyone with a protective pass be allowed to leave the train.

On January 17, 1945 Raoul disappears from the historical record after the Soviet Union occupied Budapest. In 2000, two different former Soviet officials stated that Raoul was held in Soviet prison and was executed in 1947 (or he became ill and died in prison), however no documentation currently exists to back up those claims and the Soviet officials stated that all the documentation surrounding Raoul's imprisonment and death were destroyed. Some testimonies even seem to indicate he lived into the 1980's.

Raoul's mother even contacted the Russian Ambassador to Sweden to try and get information on her son. Alexandra Kollontai told Raoul's mother not to worry, that her son was being well cared for and would return home soon.

In 1963, Yad Vashem awarded Raoul with the Righteous Among the Nations title and in 1981 the United States granted him with honorary citizenship. Canada and Israel followed soon after.