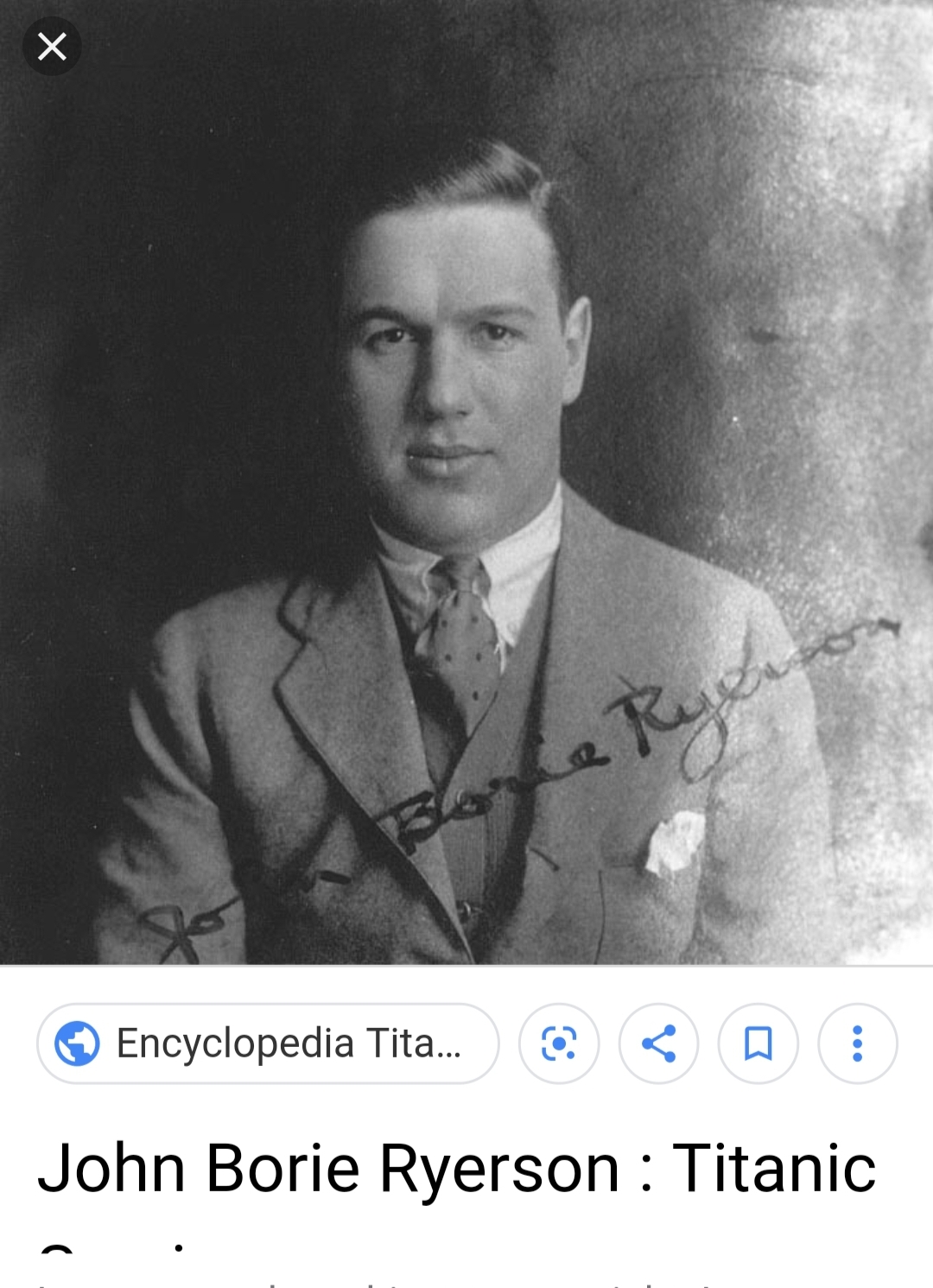 John was thirteen years old at the time of the sinking and was traveling with his parents and two sisters in the first class.

Originally, John was denied entry into Lifeboat 4 by Charles Lightoller (who would be the highest-ranking ship's officer to survive the sinking) but John's father convinced Lightoller to let him board.

After the sinking, John would help contribute to the now famous A Night to Remember by Walter Lord.

In 1953, John and one of his sisters were invited onto the set of the film Titanic.

He was later interviewed on the fiftieth anniversary of the sinking and other occasions.

John was the last surviving member of his family to pass away. He was married but had no children.