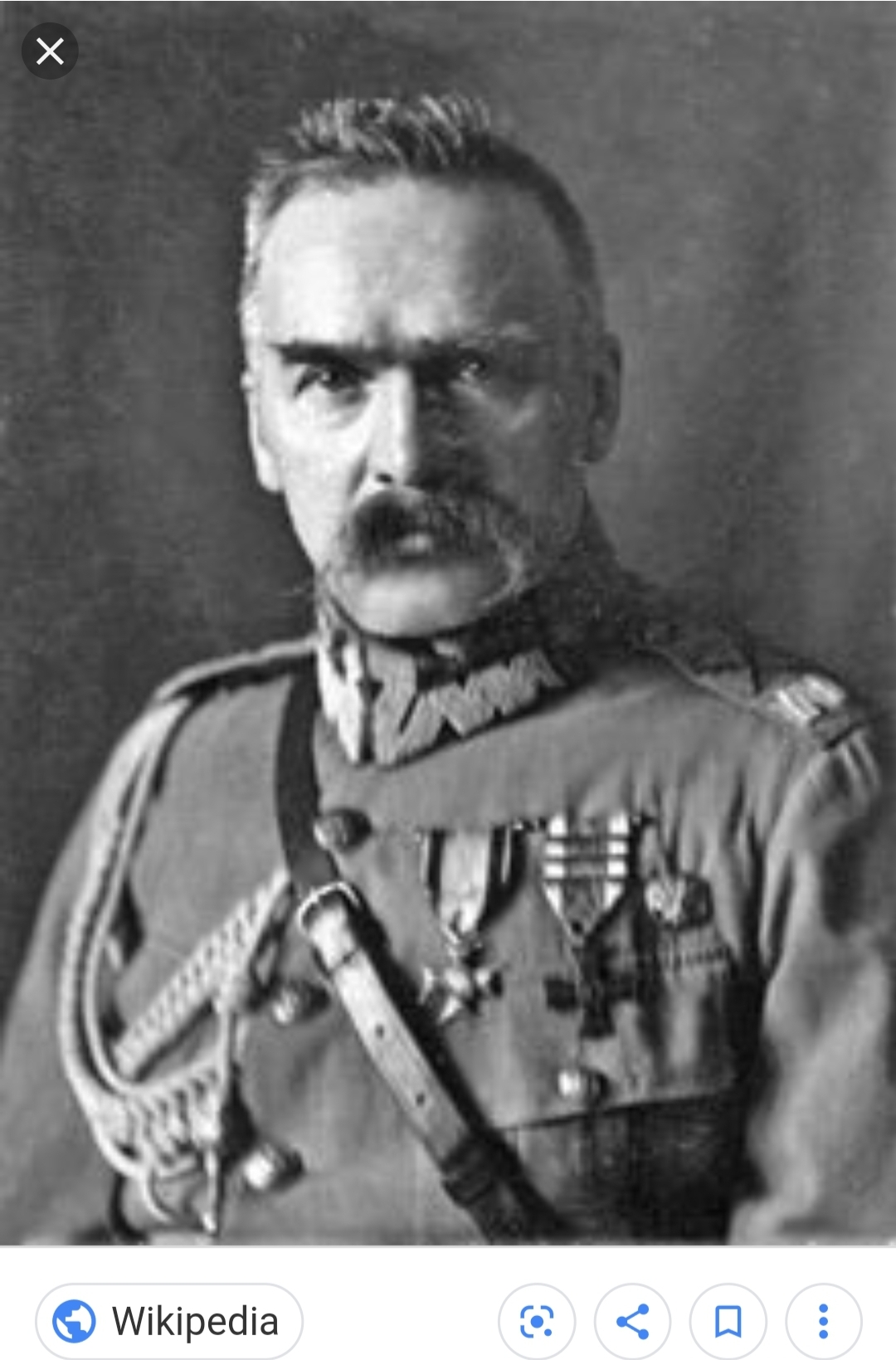 The First Leader of United Independent Poland (in 1918)

He got his start by robbing a train carrying tax money.

Józef’s father was a nobleman, and his mother inspired him to hate the Russian regime.

In March of 1887, he was falsely arrested for the crime of plotting the assassination of Tsar Alexander III and was banished to Siberia for five years.

Returning in 1892, he quickly joined the Polish Socialist Party, and soon rose to be their leader. For a few years he edited a newspaper and married a divorcee.

In 1900, he was arrested once again, but Józef was able to feign insanity so well they transferred him to a psychiatric hospital, where he escaped the following year. With the outbreak of the Russo-Japanese War in 1904, Józef went to Japan to enlist help in Poland sparking their own independence movement.

In 1908, he decided to fund a Polish Army, but had no money. So, he did what anyone in his position would do, and robbed a mail train carrying tax money. With the money, he was able to convert his secret organization into the legal Union of Rifleman, a school for Polish Officers.

In 1914, Józef rightly said that war was imminent. By 1916, Germany and Austria-Hungary declared Poland as free from Russia, in order to get Poland on their side against the Russians in the war. Józef agreed to put his men on the Eastern Front, after being named head of the Polish armed forces and seeing to it that his men would fight for the sovereign Polish state.

However, the Germans were not to keen on that idea, and in 1917, after Józef and his men refused to swear loyalty to the German government, he was arrested. However, when Germany collapsed at the end of World War I, Józef was able to return, and entered Warsaw a hero in November of 1918.

Four days later, he was named head of both the state and the armed forces. He attempted to spread Poland’s territory to what it had been before the Russians had taken over and was somewhat successful. After elections were held in 1922, he oversaw a peaceful transition of power over to his friend, the newly elected president. However, two days later, that friend was assassinated. When the next president came to power, Józef served as his chief of general staff.

He retired in 1923 after a right-wing government was elected. Józef, his wife, and their two children went to the countryside. However, by 1926, he decided Parliament wasn’t working properly, and led some regiments to march on Warsaw. The government resigned two days later. Józef was elected president in May but refused the title and saw it passed to another of his friends. He became the Minister of Defense instead. He held that position until he died and was a major behind the scenes influence.

By 1930, many of his old Socialist friends had abandoned him to a more Centre-left position, and decided they wanted him out of the government (they actually called him a dictator). Józef responded by throwing eighteen party leaders in prison. Though they were eventually released, Józef and his allies continued to run the country.

Though he began negotiations with Hitler on a nonaggression treaty between Germany and Poland, Józef passed away soon after from liver cancer, never knowing the horror that was about to befall his people.