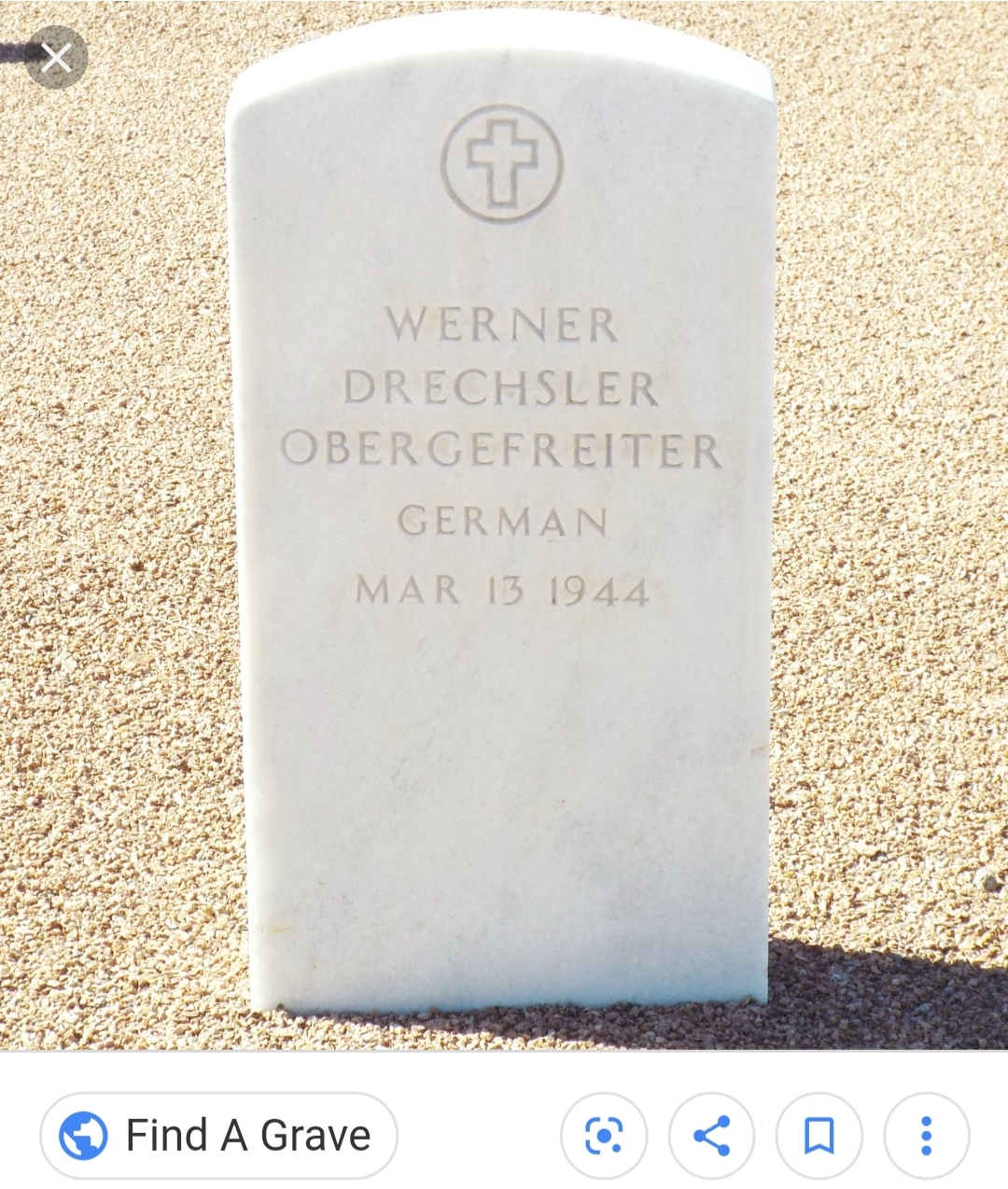 375 Americans guarded over 4,000 German Prisoners of War at this camp.

Werner provided information to the Americans about the goings on in the Nazi military and became a traitor to his people. He only talked after the Americans promised him protection.

Instead, the Americans transferred him to Papago Park where he was murdered less than seven hours after arriving at the camp.

Seven men were found guilty and executed for his murder.